Fiido may be relatively new to the electric bike world, but it is certainly making a name for itself. We’ve already reviewed the M1, a fat-tyre off-roader, and now the company has announced its latest model, the D11.

It’s another folding bike, just like the M1 (and forthcoming D4s), but this time it has gone to town on the design and the D11 is sure to catch plenty of admiring glances. The contrasting blue and black livery highlights the fact that there are no chainstays – tubes which usually run between the back wheel and the pedals, but Fiido already knows how to make a sturdy frame that doesn’t require that third side of a triangle, and most normal bikes do.

The most interesting feature, though, is that the battery is in the seat tube. Quite what effect this has on balance is something we’ll find out when we review the bike in a few weeks’ time, but it has one immediate advantage: you can remove it for charging. If there’s a disadvantage, it’s that the power connection to the bike is external, so you have to live with the curly wire trailing behind the tube. (Cables aren’t shown in Fiido’s renders, such as the one below, but you can see there is a rear light built in, too.) 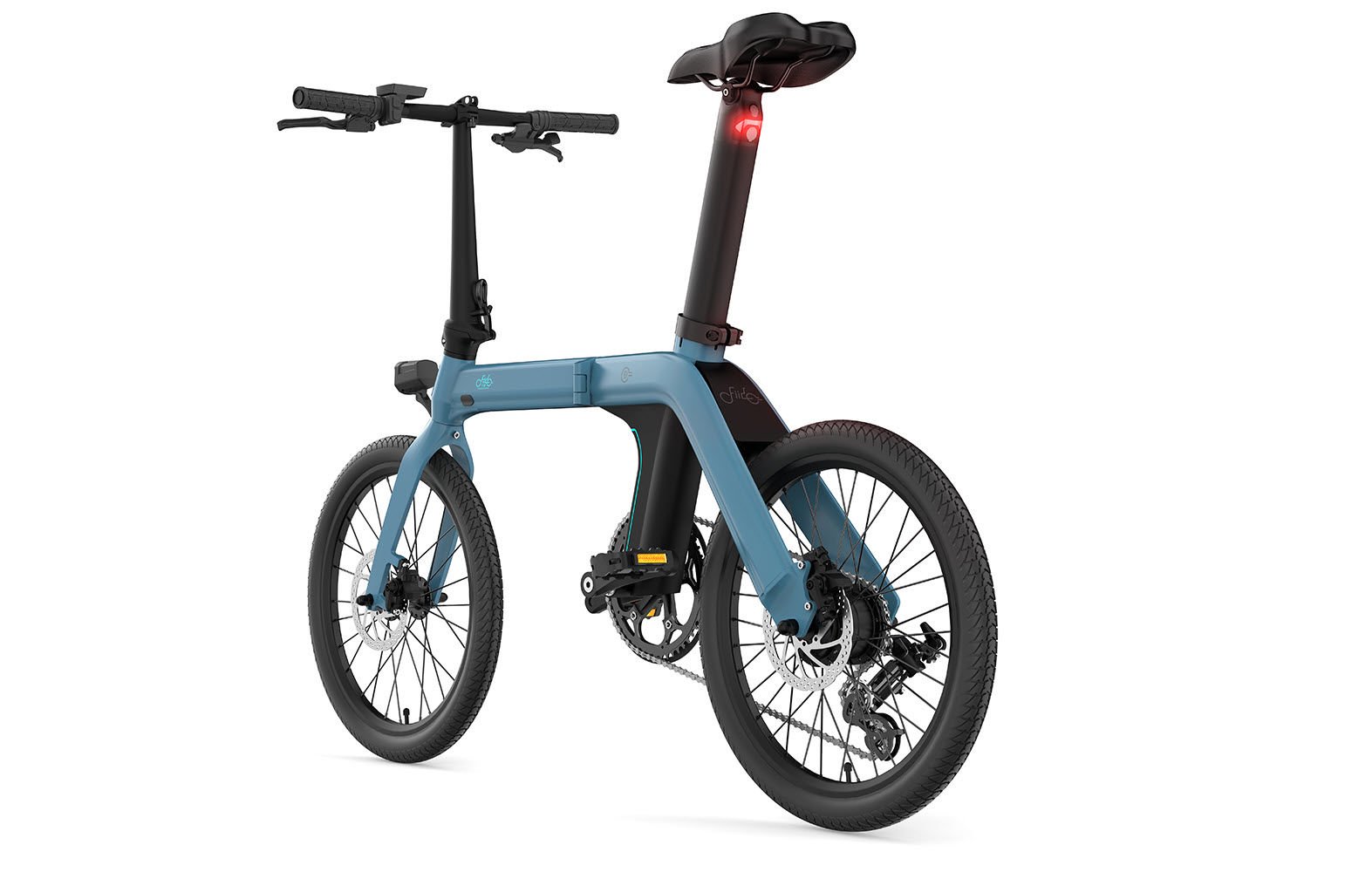 The other remarkable specification is the weight: at a claimed 12.9kg it’s one of the lightest electric bikes around, and barely heavier than most electric scooters.

With a capacity of 11.6Ah, the company says it gives the D11 a range of 100km (around 60 miles). That’s in ideal conditions of course and, likely, in the minimum assistance mode, of which there are three, selectable on the handlebar display.

There are no mudguards, but you do get a kickstand. 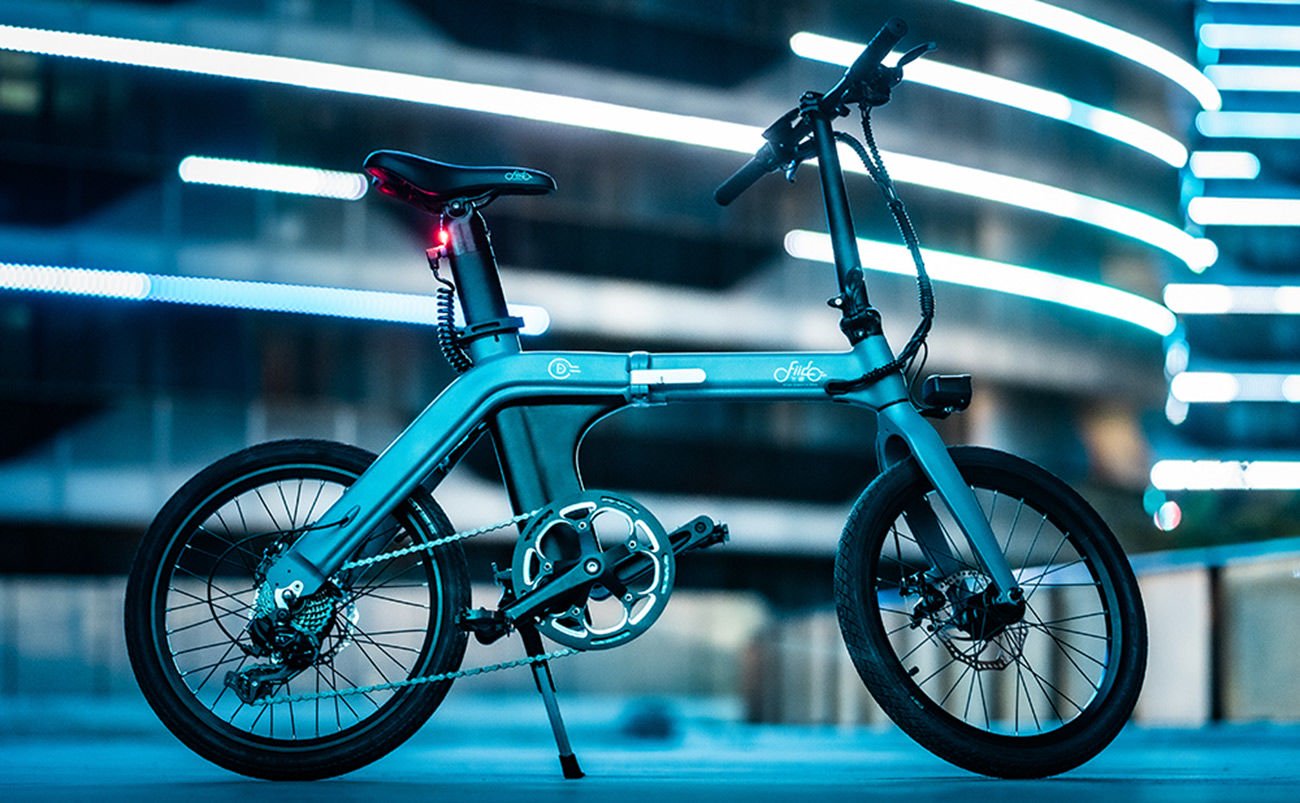 Even at the full price, the specs look pretty good. Here are some of the key details of the D11: 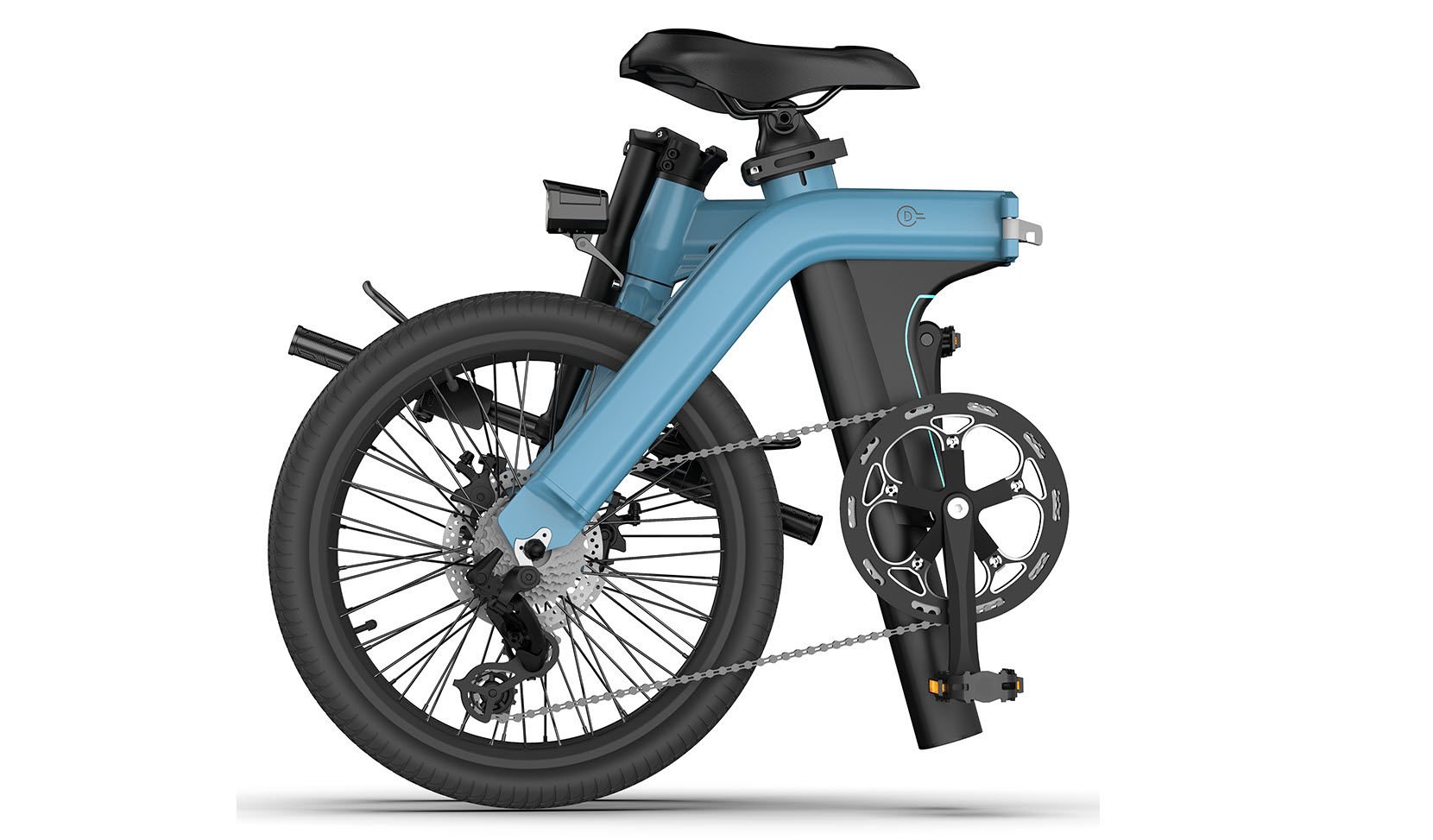 At this price, it’s not a surprise that Fiido uses a cadence sensor to detect when you’re pedaling rather than a torque sensor. The latter is usually found in more expensive bikes and delivers motor power based on how hard you’re pushing the pedals. A cadence sensor, by contrast, only detects whether you’re pedaling or not, so can’t know how much power to apply, which is why more expensive bikes tend to offer smoother power delivery.

Check out our roundup of the best electric bikes.

How to Force Restart or Hard Reset iPhone 11

Google might introduce a Restricted Networking mode with Android 12 –...

Inauguration Day in Oregon: Some protesters clash with police during Inauguration...