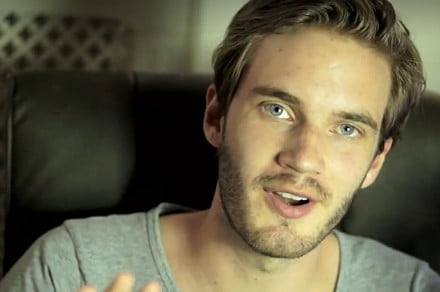 Nearly 2 billion people watch up to 5 billion YouTube videos each day. Logan Paul and similar celebrities stand at the forefront of its cultural conscience. Followed by millions, they’re highly influential both inside and outside the internet bubble. Yet with all this content — more than 500 hundred hours uploaded each minute — what are the biggest YouTube channels viewers simply love?

From musicians to streamers, pranksters to reviewers, and more, we list the 10 most-subscribed channels on YouTube to date. This list does not include YouTube’s proprietary channels, such as Music and Spotlight.

Since then, the group has uploaded over 200 videos. Its members also hold several Guinness World Records, including several for basketball, as well as records for the most T-shirts hung on a washing line using pegs in one minute, and most pencils snapped in one minute.

Justin Bieber has the 9th-most-subscribed channel on YouTube. It compiles official music videos, live performances, and interviews for his 47.8 million subscribers to enjoy. Bieber, who began singing in 2007 at the age of 12, has several videos breaking a billion views each.

Although never posted on his official YouTube channel, Bieber also contributed to a remixed version of the hit 2017 song, Despacito, which has garnered more than 640 million views since its release in 2017, making Bieber one of the most-watched artists on the video-sharing site. The original track is the most-watched video in the history of YouTube, receiving over 6 billion views.

Zee Music Company is an Indian music label launched in 2014. Based out of New Delhi, it’s a subsidiary of India’s Zee Entertainment Enterprises Limited (ZEEL) that produces more than 222,000 hours of Hindi programming.

The company claims it has the rights to more than 3,818 movie titles from “premier studios.” All videos listed on the channel consist of songs taken from ZEEL’s movie library along with official music videos from the likes of Aakhri Baar, Zurana, Nain Shikari, and more.

World Wrestling Entertainment (WWE) is the seventh-most-subscribed YouTube channel, with 53.9 million subscribers. The company began as the World Wrestling Federation in 1979 and switched to the current name in 2005. It simplified its name to WWE in 2011.

Konrad Cunha Dantas, otherwise known as KondZilla, is a Brazilian music video producer, director, and writer. His YouTube channel launched in 2012 and now has 55.1 million subscribers and over 23 billion views.

According to his YouTube channel, Dantas is the largest producer of electronic music in Brazil with more than 700 music videos in his directorial portfolio. Features artists include MC Guime, Preta Gil, Koral Conká, DJ Marlboro, and more.

He earned a nomination for Best Music Video at the 2015 Multishow Awards for his work on the music video Tombei, by Koral Conká. The video has more than 27 million views.

Sony Entertainment Television India is a 24-hour Hindi-specific channel with 63.7 million subscribers. SET India launched as a station in 1995 and entered the YouTube space in 2005.

This channel originally played Top 10 artists like Taylor Swift and Katy Perry. Now it has a library of over 31,000 videos including comedy specials like The Kapil Sharma Show and police dramas like Crime Patrol.

Launched less than three years ago, 5-Minute Crafts has surpassed some of the most popular YouTube channels, like whinderssonnunes and elrubiusOMG. It now has nearly 64 million subscribers consuming a near-3,000 video library viewed over 16 billion times.

5-Minute Crafts offers something for everyone including “20 bathroom hacks to make life easier” and “35 unbelievable cooking hacks.” Its subscription numbers continue to grow each month — nearly 2 million – giving it a chance to claim the No. 1 spot on our list.

Cocomelon – Nursery Rhymes is a channel focusing almost entirely on classic children’s nursery rhymes and original songs set to 3D animation. It has an average of 3 million new subscribers every month.

Originally called ABCkidTV, Cocomelon is one of the longest-running top channels on YouTube. It published its first video in September 2006, and while it experienced steady growth over the years, its popularity exploded in 2017. That’s when it began garnering more than 100,000 new subscribers a month.

Cocomelon – Nursery Rhymes is somewhat controversial, however. It has one of the 12 most disliked videos of all time: “Bath Song.” This video has more than 1.6 million dislikes alongside its 1.45 billion views.

After a long time on top, PewDiePie is now only the second-most subscribed YouTube channel, with 103 million subscribers. Viewers describe his content as goofy, obnoxious, and filled with profanity. He could also be considered quite a controversial figure.

Created in 2010 by Swedish comedian Felix Arvid Ulf Kjellberg, the PewDiePie YouTube channel is best known for its “Let’s Play” videos and blogs, as well as Kjellberg’s following.

After dropping out of college to focus on creating content, PewDiePie surpassed 1 million subscribers just two years after his channel’s creation. Kjellberg’s influence on the social network has also had a positive effect on the sales of indie video games, particularly Goat Simulator and McPixel.

He maintained a feud with the now-most-subscribed channel, T-Series, throughout much of 2018. They stole the top spot position from each other multiple times, but Kjellberg eventually capitulated and has now fallen far enough behind that it would take something quite special for him to retake the top spot.

That said, his subscriber numbers are still strong, and he seems almost certain to become the second channel to pass 100 million subscribers.

Finally, eclipsing the former longtime YouTube king is T-series. It’s a popular Indian music company with 126 million subscribers and 3.188 billion monthly views, making it the most-subscribed and most-viewed YouTube channel in the world.

Although the T-series channel launched in 2006 (YouTube started in 2005), the T-series company, which runs the channel, opened its doors in the 1980s. The company’s breakthrough came in 1990, with the film soundtrack album, “Aashiqui.” The soundtrack sold over 20 million units in India, making it the best-selling Bollywood album of all time.

Numbers are based on Social Blade findings as of January 2020.

‘A brand in his own right’: Trump campaign spends $325,000 on Facebook ads promoting campaign manager