The Elegoo Saturn is going to usher in a new wave of affordable mid-sized resin 3D printers. 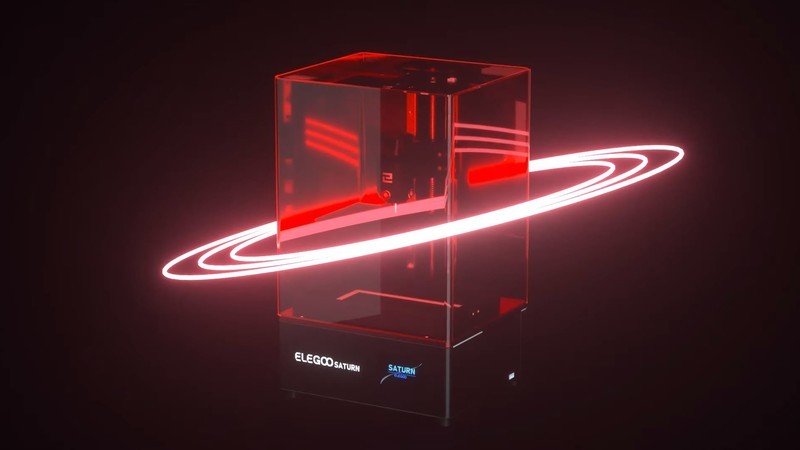 As you may know, I love the Elegoo Mars and Elegoo Mars Pro so I was very excited to hear that the team were making a larger build volume printer that they said would be an affordable price. I even got my hands on a pre-release version that was pretty decent, though I felt it was just a large scale Mars. Elegoo managed to tweak the final version, though, by adding a 4K monochrome LCD into the machine. This means the Saturn will print at a better quality and at a much faster speed than the beta machine I tested.

Today Elegoo has announced the price point and launch date, and, frankly, I’m amazed that they are offering this level of quality 3D printer at this low price.

The Elegoo Saturn will release on June 6, 2020, at Elegoo’s site and will be retailing at $400, though the first 200 machines will have $100 off as an early bird special. It’s worth noting that these will be shipping directly from China and, as such, have a pretty hefty shipping cost. The price will be anywhere between $100 – $150 depending on your location, so keep that in mind when you are budgeting for the Saturn.

Even at the full price of $400 plus $150 shipping, the 8.9-inch build plate, coupled with the 4K monochrome LCD panel makes the Saturn something anyone should seriously consider. I know I am even more excited by it now than I was before.

READ  What you need to know about skills in Mount & Blade II: Bannerlord

16 must-have 3D printing accessories for use with resin printers

Save $80 on a great dash cam, the Vantrue N2 Pro with two HD cameras

On this week's podcast … Microsoft Stores and Mixer shut down, WWDC

The ultimate guide to a clean installation of Windows 10

Acer's Swift 3 is a cheap way to get your hands...