Home Windows The latest content update for Grounded is rolling out now in early...

Grounded is maintaining its monthly update cadence with the 0.7.0 February Content Update, rolling out to players of Grounded’s early access today. The new update features the usual wave of quality-of-life improvements, fixes, and more. The content side of things is all about building, this month, with new craftable building parts and enhancements to how building works in the game.

You can also check out the Dev Vlog from Obsidian Entertainment below, which goes over the new content update.

Grounded’s January Content Update was great, and added exciting new flying insects, but it’s nice to see the Grounded team focus on the fundamentals of building and survival in this release.

If you want to play Grounded, it’s currently available on Xbox Series X, Xbox Series S, Windows, and Xbox Game Pass. Obsidian Entertainment has a great game on its hand, and it’s certainly one of the Best Survival Games for Xbox. To get the most out of Grounded (especially if you play in co-op), consider one of the Best Headsets for Xbox Series X|S, which will make sure nasty spiders can never sneak up on you.

READ  Baldur's Gate III may launch in early access in 2020 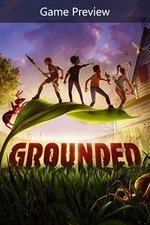 a quick run through


Microsoft released a free website builder this week. The tool is designed for small businesses and allows you to easily create a website from scratch or from your social media pages. I tried it out to see how it stands up in the real world.


These are the best gaming mice for folks with large hands


A great gaming mouse is important for anyone looking to get into PC gaming. However, if you have large hands, you may struggle to find a mouse that feels comfortable for you. Thankfully, there are plenty of plus-sized mouse options on the market.

Destiny 2: Baby Fallen plushies are coming, and they're adorable