If you’re been online in the video game side of social media at any point over the last few days, chances are good that you’ve seen “Craig,” a Brute from the Halo Infinite gameplay reveal that fans have become infatuated with.

The meme started when fans picking apart the gameplay demo frame-by-frame paused at the exact moment Master Chief thwacks a Brute, giving them a close look at his goofy deadpan face. Immediately, the comical image began to circulate through social media circles on Twitter and other sites, but the community realized something: if this Brute was going to become internet famous, he would need a name. After some deliberation, the community christened him with the divine title of Craig. This name was supported by Brian Jarrard, Community Director at 343 Industries, who encouraged the take-off of the meme.

So are we in agreement the poor deadpan Brute is named Craig? I now really want to know more about Craig. What’s he up to? How has his time on the ring been? When he’s not getting smacked in the face what does he do for fun? 🤔

Since then, fans have been creating custom images using Craig’s blank expression — and they’re hilarious. Here’s a showcase of some of the best Craig the Brute memes we’ve seen so far.

Craig the Brute is just so adorable🥰 pic.twitter.com/KAqu28OzI0

I want a miniseries of Craig the Brute. Just a few episode animation that follows his involvement in the war that bridges Halo 5 and Infinite. Just him getting constantly shipped from outpost to outpost until the moment he gets knocked out by Chief. pic.twitter.com/cEPyVnNzyc

Wait till they see the majoras mask beta pic.twitter.com/n6Yoru7ayM

Some have even taken things a step further, creating custom fanart of Craig and making custom models and animations of him. Talk about dedication to the meme!

Also did this small animation, but it didn’t came out like I wanted, so now it’s the third post that no one will see… pic.twitter.com/1ZGN04j3XB

Overall, the Craig the Brute meme has quickly become one of our favorite things to come out of the Halo Infinite gameplay reveal.

Halo Infinite is expected to launch on Xbox Series X, Xbox One, and Windows 10 PCs in the Holiday 2020 season. Make sure to catch our article on five details you may have missed from the Halo Infinite gameplay demo as well.

The next adventure in the saga 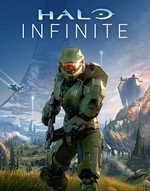 Halo Infinite is nearly upon us, and it’s sure to be an incredible game filled with wonder, adventure, and more.

Everything you need to know about Arkane's Deathloop

Master Digital Marketing With 49 Hours of Training for Under $60