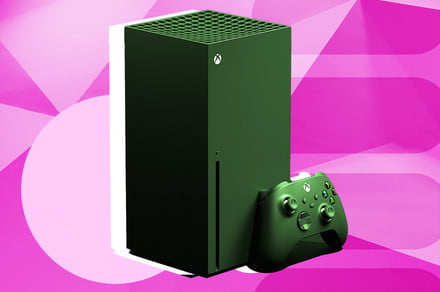 Cyber Monday is drawing closer, but there are already some Cyber Monday deals available for gaming consoles such as the Xbox. The hype is currently focused on the Xbox Series S and Xbox Series X, but retailers will keep offering deals for the Xbox One S and Xbox One X, as well as games and accessories. You will likely still find some great Cyber Monday deals for the previous-generation consoles, and if you see an offer that you like, don’t hesitate, as these deals won’t be around for long.

If you’ve always wanted an Xbox, or if you’re planning to give the console to a loved one, now is the perfect time to buy. There are also offers for various Xbox accessories, Xbox games, and Xbox Live subscriptions, so you can expand your gaming arsenal for less. Whether you’re sticking with the Xbox One S and Xbox One X or eyeing the jump to the Xbox Series S and Xbox Series X, you should consider shopping these Cyber Monday gaming deals before stock sells out and these deals are gone for good.

How to choose an Xbox on Cyber Monday

For gamers who want to play the latest titles, and for those who are ready to upgrade from the Xbox One generation, you should be on the lookout for special offers on the Xbox Series S or Xbox Series X. However, if you are on a tighter budget, the Xbox One, the Xbox One S, and Xbox One X are still great gaming options.

Another thing to consider is whether the disc-less Xbox One S or Xbox Series S fits your gaming lifestyle. These versions of the Xbox will work for you if you are fine with going all-digital and you have a stable internet connection for downloading games. However, if you want to display your physical discs to showcase your collection and if you have the cash to spare, buy the Xbox One X or Xbox Series X.

How to make serious cash playing video games – The Advertiser

Among Us developers explain why new features are taking a while

Lord of the Rings: Why Aren't There More Modern LOTR Games? – Screen Rant