I’ve those reviewed a lot of ANC headphones and earbuds this year, but the Sony WH1000x M4 are by far the best.

Their three predecessors have all been universally lauded as best ANC headphones you can buy, but personally I thought the Bose 700 did a slightly better overall job in terms of noise cancellation and features than the still excellent WH1000x M3.

This time out Sony has refined and enhanced what it already did superbly — ANC, sound quality and battery life — while adding missing features such as multi-device connectivity.

As before, WH1000x M4 are foldable over-ear headphones which are comfortable to wear for long periods and which automatically pause your content if you take them off. 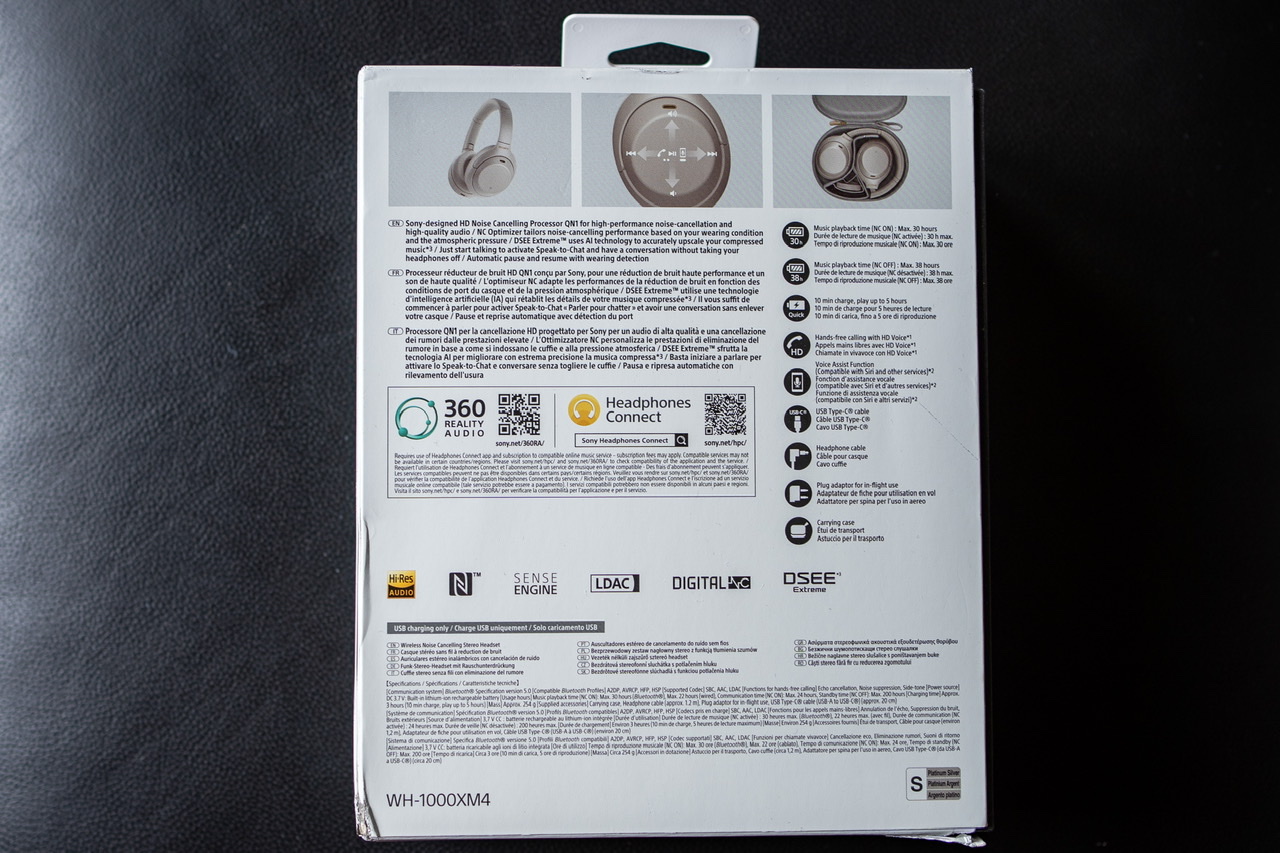 They support a range of audio codecs including SBC, AAC and LDAC.

And they perform consistently well when making or taking calls — the onboard microphones do their job.

Sony WH1000x M4 are one of the only ways to listen to 360 Reality audio (3D sound, essentially) from streaming services such as Deezer 360, which I will review separately.

The range of titles available in 360 Reality audio is limited but what is on-stream already is hugely impressive. Whether it’s Dua Lipa’s latest album or classic long-players such as the Elvis Country album. 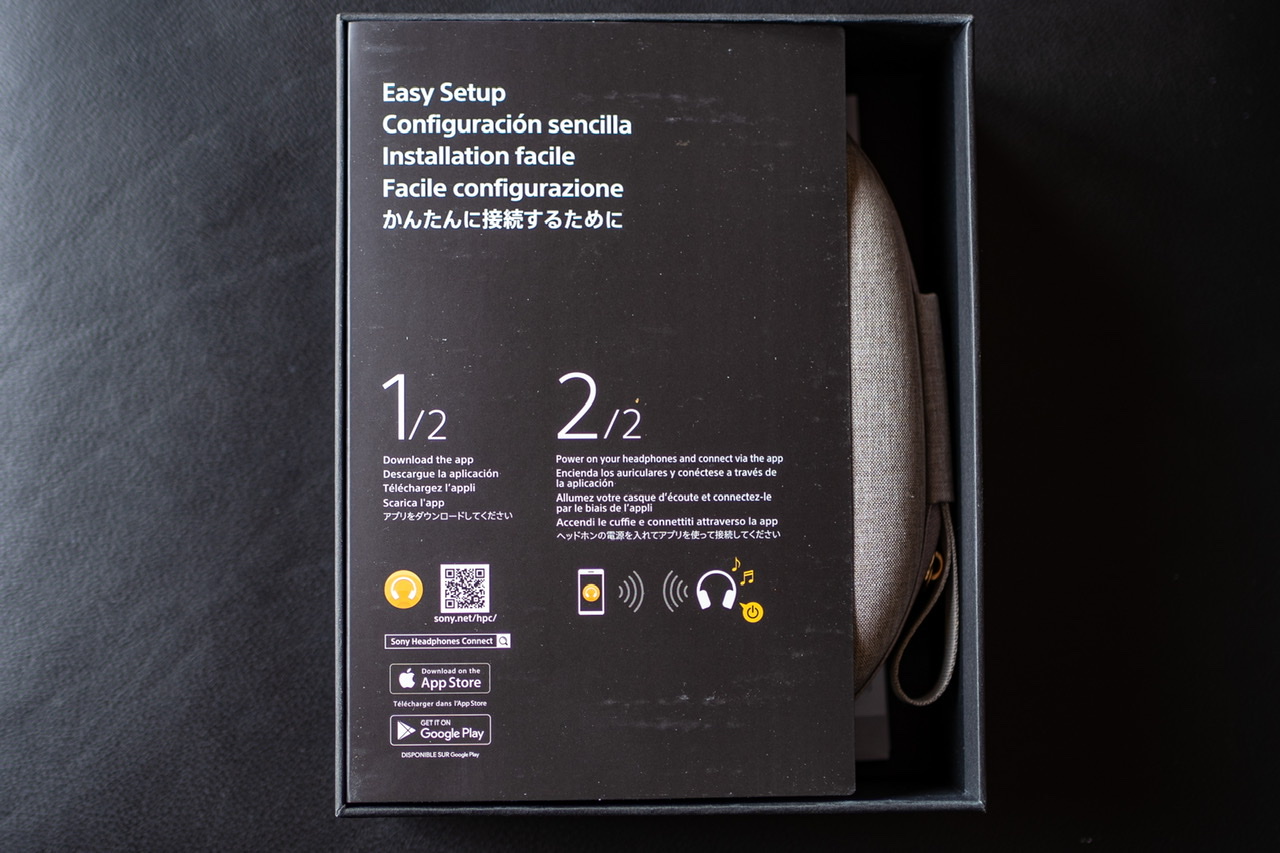 (3D titles are also available on Tidal and Amazon Music HD, but not on Spotify or Apple Music.)

Listening to standard audio on the Sony WH1000x M4 is a joyous experience. The firm has improved the quality with enhanced bass depth and richer, more defined mids and tops. I was super impressed.

The WH1000x M4 have similar touch controls on the ear pads to their predecessors — a series of taps and swipes allows you to adjust volume, change tracks and so on. 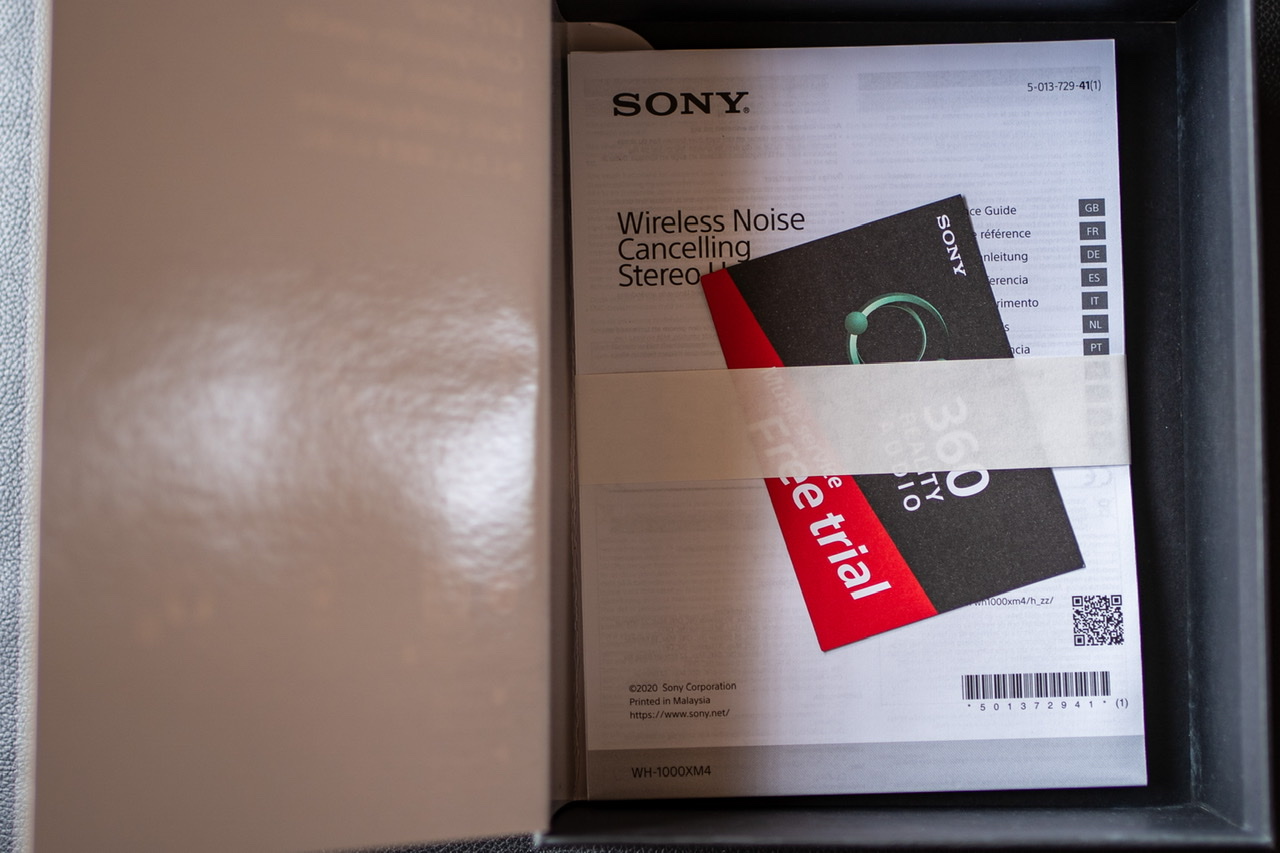 Cupping your hand over the left earcup activates ambient mode: most useful if you need to quickly catch an announcement in a train station or on a plane.

A range of EQ controls and other functions are customisable using the Sony Headphones Connect app.

For example, there is a Custom button on the left earcup which by default switches between ANC and Ambient modes.

You can also summon Google Assistant or Siri with a long press on the right earcup. 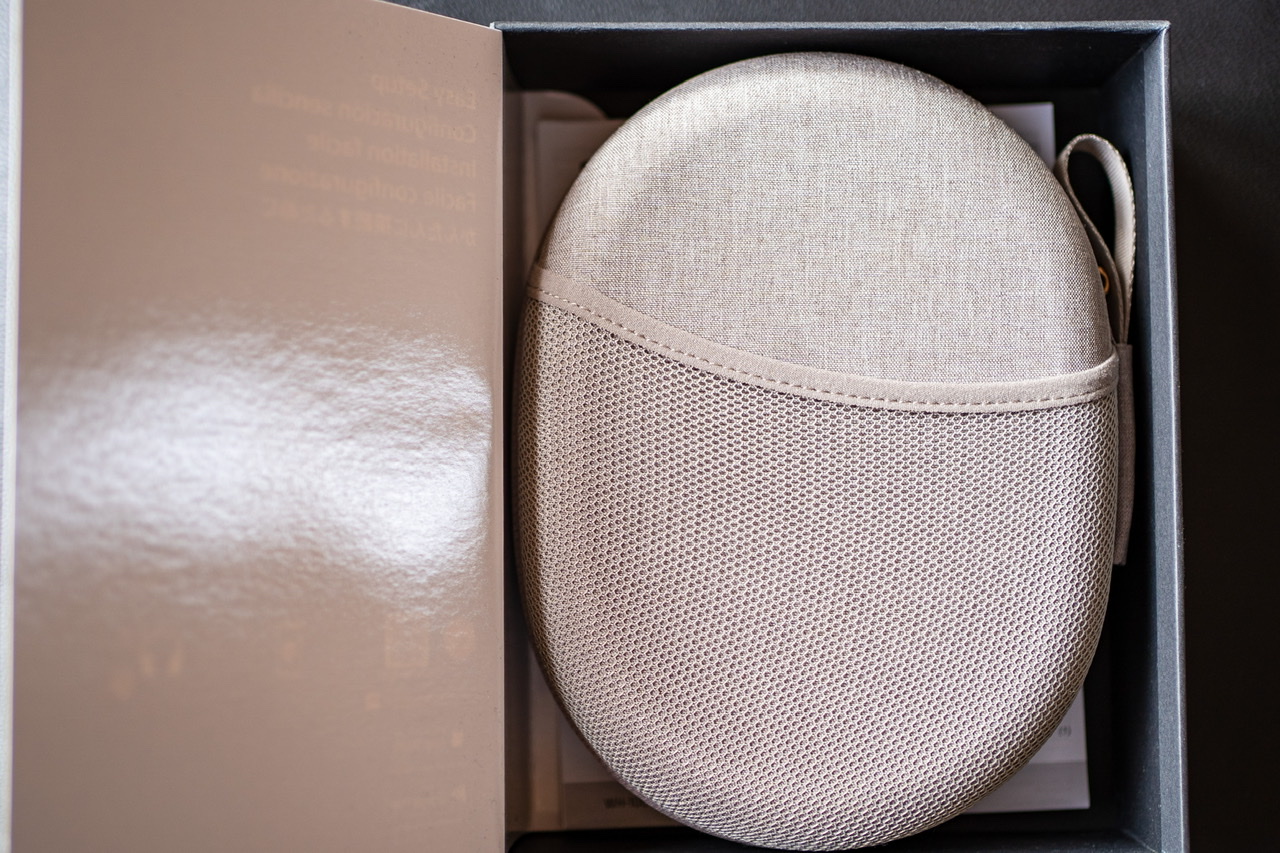 As with many wireless headphones, an auto-detect feature enables pause/play when you take the headphones on and off. This can be switched off in the app.

A USB-C port on the right earcup is used for charging, and there’s a 3.5mm port for those who prefer the enhance quality of wired audio.

This option is also useful for when the batteries run out of juice.

Most welcome is the ability to connect the M4s to two devices simultaneously. Headphones from Microsoft and Bose have had this ability for a long time. 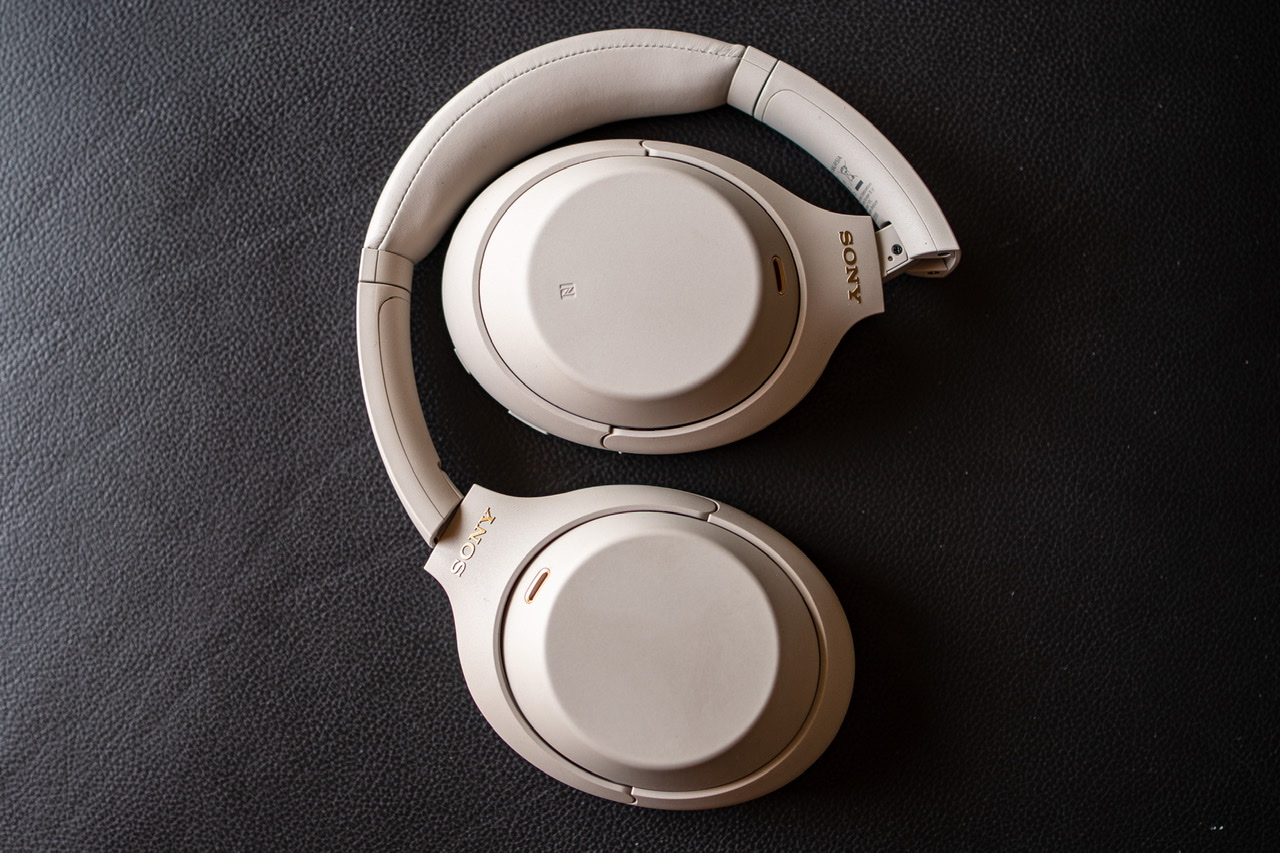 But it’s frustrating that it only works when you are listening to music using the AAC codec.

The cans use Bluetooth 5.0 and in my testing I found connections stable and the range covered my entire house, a three-bed semi, and rear garden.

The active noise cancellation (ANC) on this line of headphones has always been excellent, but somehow Sony has again improved the level of external noise that is shut out.

Battery life is 30 hours without ANC and 22 hours with ANC on. This depends on factors such as the volume at which you listen to your audio.

A full recharge takes a lengthy three hours, but a fast fuel feature means you can get five hours’ playtime from a 10-minute boost on the charger. 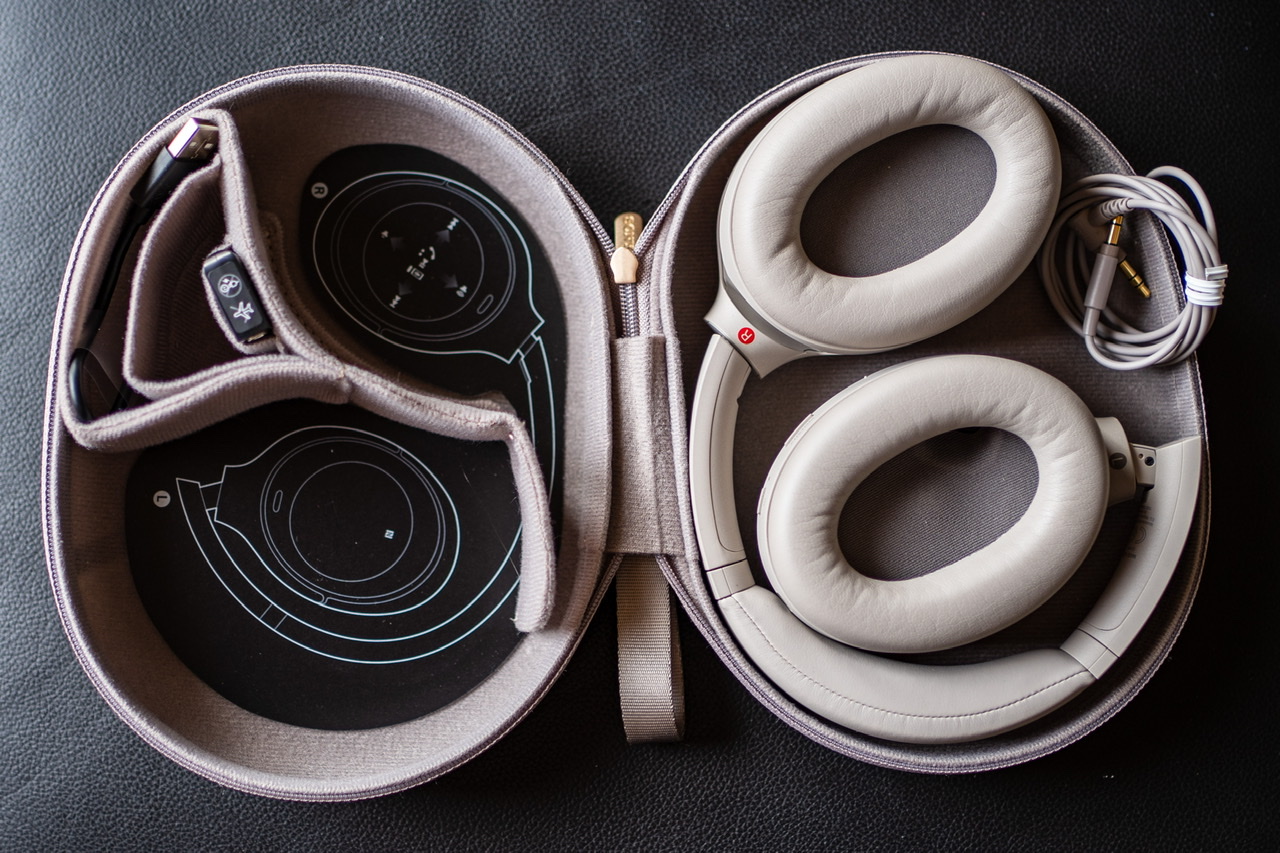 It’s also worth mentioning that the headphones have NFC which makes pairing simple and instant.

And they come bundled with a hard-shell, fabric-covered, carrying case, a 3.5mm audio cable and a USB-C charging cable.

In short, it’s laudable than Sony has fine-tuned its great headphones and made them even better than before. The WH1000x M4 are an excellent piece of kit.

Want more of the latest news, sport & entertainment? Sign up to our newsletter!:

5G boxes are coming to people’s homes, whether they want them or not – The Verge

Review: Rise of the Red Hand by Olivia Chadha – The Nerd Daily

Twitter’s misinformation problem is much bigger than Trump. The crowd may help solve it. – The Washington Post

News 2 helps Greensboro woman get her car repaired after sitting...