During the Gold Rush era it celebrates, the owners of Columbia Booksellers & Variety Store might settle their disputes with dueling pistols at dawn.

But today, non-firing replicas of the very kinds of guns that would have been brandished during that time period appear to be at the center of a dispute between the small locally owned Tuolumne County shop and major San Francisco tech company Square, Inc.

The store had to close both its physical location in Columbia State Historic Park and its online website sales due to the tech giant abruptly canceling its contract earlier this week. Now its husband-and-wife owners are scrambling to find a way to reopen.

“This came out of the blue. There was no warnings, they did not call us to say, ‘Hey I think you might be in violation.’ There was nothing,” said Michael Sharps, who co-owns the store with his wife, Rosanna. “They just shut it down and said the decision is not reversible.”

The Columbia residents opened their shop in the quaint Sierra Nevada foothills state park — known for its costumed docents, living history displays and old-timey shops — in early 2019. They specialize in merchandise that you might have found in Gold Rush shops between between 1850 and 1870.

Michael Sharps said they’ve kept largely the same inventory since they started, which ranges from clothing and books to era-appropriate toys and personal accessories. They also opened the business using Square, a popular point-of-sale processor that allows sellers to easily integrate other important business functions all under its platform.

Replica, non-operable guns appear to be the problem

Among the shop’s merchandise from the start has been replica guns — including about 20 styles of pistols, revolvers and rifles — which are all non-firing, non-operational and cannot be modified to shoot live rounds. In essence, Sharps said, they are highly accurate-looking and fairly pricey toys meant for display.

But, despite selling them for the past two years, he believes those collector items are also what got him in trouble with Square. He said the only reason given for the account termination was a blunt email sent Jan. 19 that canceled all their account immediately for violating the company’s terms of services.

The email, and Sharps’s subsequent correspondences with the company, were provided to The Bee for review. That initial email read in part, “We reviewed your account and found that your business is prohibited by Section 3 of the Payment Terms and/or Section 4 of the General Terms.”

In subsequent emails with Square, Sharps tried to determine the specific violation, as the sections cited cover a wide range of restrictions. That includes boilerplate language about not using the services for illegal activities to more specific restrictions prohibiting its use for gambling, adult entertainment and multi-level marketing businesses among others things.

After a close reading of the terms-of-service sections in question, Sharps thinks their service was canceled for “sales of (i) firearms, firearm parts or hardware, and ammunition; or (ii) weapons and other devices designed to cause physical injury.”

But, here’s the rub, Sharps insists they don’t sell functioning firearms, ammunition or other devices designed to cause harm. The shop also sells replica knives with blunt edges, and some small (less than 2-inch) pocket knives.

He said their firearm replicas are mostly prized by historical reenactors and scholars of the era — and, again, cannot be modified to fire or cause harm unless you start swinging them at people like a bat. But then, you could do the same thing with any of the walking sticks or even books the shop also sells.

Sharps insists this this is not a Second Amendment issue in the least. Instead he considers this a David versus Goliath story of a small local business being universally steamrolled by an impersonal tech titan over what he thinks is a simple misunderstanding.

A spokesperson for Square who was reached by phone said the company would not comment on individual seller accounts. But the spokesperson said that all sellers agree at sign up to not sell any products or service prohibited by terms, and are subject to account closure if those terms are violated.

Square also would not comment on whether replica, non-operational firearms were considered a violation of its weapons terms, and whether there was an appeals process for accounts deemed in violation.

California State Parks Spokeswoman Adeline Yee said in an email that the Columbia bookseller is in full compliance with its concessions contract. All of its inventory — including the replica firearms and knives — is consistent with the park’s mission to celebrate the California Gold Rush era and educate the public about the time period.

“The contract allows for a large variety of period appropriate items. Functional weapons are not permitted. Columbia Booksellers is in compliance with their contract with California State Parks,” Yee wrote.

Yee said the department could not comment on the ongoing dispute between the store and Square.

Now, one might think this dispute would be simple enough to solve. Find a new point-of-sale system and reopen. But what has made the cancellation so devastating for the Sharps is how much they relied on Square to run basically their entire business.

Not only did the couple use the company for their POS-system (essentially its physical and virtual cash register), they also used it for their payroll, inventory management, marketing, rewards program, website and online store.

They were paying $175 month for all their Square services, plus continual fees for credit card processing. They estimate they spent at least $3,000 at initial startup for hardware and other services as well.

The Sharps have been trying to find a new point-of-sale vendor and other companies to bring its brick-and-mortar and online stores back up and running. But Michael Sharps said he doesn’t expect that to happen before the end of the month.

The cancellation also comes at a time when many of the shops at Columbia State Historic Park, including the Sharps’s shop, have seen a decline in visitors and sales because of the ongoing pandemic and accompanying health restrictions. He expects to have to lay out several thousand dollars to sign on with different services and purchase new hardware.

Michael Sharps said their sudden cancellation is particularly galling given that last year Square reached out to them last November to become a “featured seller.” They were told they’d been model users of the services and would now be given an account manager to help them. And then, with one email two months later, they were dropped.

“We’re in the middle of a pandemic and like everyone we’re struggling. So this on top of all of that — it’s overwhelming, ” Michael Sharps said. “The most frustrating thing about this is Square’s unwillingness to pick up the phone and to call us with any concerns. This could have been resolved in 5 minutes.” 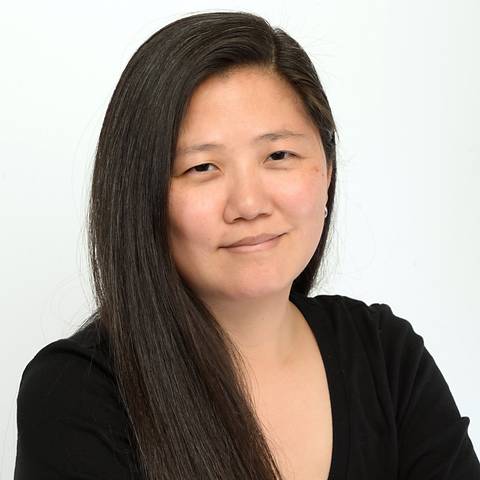 Marijke Rowland writes about new business, restaurant and retail developments. She has been with The Modesto Bee since 1997 covering a variety of topics including arts and entertainment. Her Business Beat column runs multiple times a week. And it’s pronounced Mar-eye-ke.
Support my work with a digital subscription