“More women are joining now than in the past,” she said. “Every woman who joins has a huge impact and we try to inspire other women to join. My friend, Marriyam Ejaz, is a senior this year and enlisted recently. She will be going to National Guard training next summer.”

At 17, Smith, the daughter of Siobhan and Casey Smith of Park Rapids, was also one of the youngest members attending boot camp.

She said her mom was concerned about her decision to join the Guard at first.

“She didn’t understand why I wanted to go into it and was nervous, but after she accepted it she ended up being my number one supporter, along with my grandma,” she said. “My dad has always taught me to do what is best for me, and he supported me with no questions.”

At just under 5 feet tall, Smith said she joined the National Guard because she wanted to be a part of something bigger than herself and do something for her country.

“There are so many great opportunities that come with it, too,” she said. “It pays for your college anywhere in Minnesota.”

Her eight-year contract includes two years during high school, four years during college and two years of service after college. Drills are held in Moorhead monthly.

After graduating from high school, Smith will go to advanced individual training and be assigned to a base.

Smith went to Fort Jackson National Guard Academy in South Carolina for 11 weeks of boot camp. She started in a group of 29 women she called “the unlucky girls” because there wasn’t room for them to stay on base and they had to hike back and forth from camp several times a day.

“When it was pouring rain, everything we carried was soaking wet – our pillowcases, pillows, blankets, everything,” she said.

“It felt like you didn’t have control of your life anymore,” she said.

As part of the top-rated Alpha Company, Smith said expectations were high.

“I went in not really knowing what I was doing, feeling lost,” she said. “But I ended up getting a promotion to a platoon guide, being in charge of telling a whole group of people what to do and having the best summer I’ve ever had. I was very shocked that I did as well as I did.”

Smith said the most important thing she learned from this experience was self value and self worth. “Also appreciating every little aspect of my life,” she added. “I missed being my own person and being able to do my own thing on my own time. Having to do all that I was told all the time, no arguments, was hard.”

Sundays were a little more laid back.

“We had some time to talk to family and our battle buddies, but we also had to do a lot of cleaning so it still didn’t feel like my own time,” she said. “Over a thousand of us were completely isolated in one big area and couldn’t go anywhere outside it.”

Rucking was the most physically challenging part of training for Smith.

“Basically, you walk for miles with about 30 to 60 pounds on your back,” she said. “The last time we went for a ruck was called the forge. That’s the biggest event, and we rucked for about 40 miles in all.

Smith celebrated graduation with her battle buddies. “There was lots and lots of crying,” she said. “They were happy tears. I was proud of myself for pushing through, and there was sadness because I was leaving my battle buddies. We’re all a family. It was hard to leave because of all we had gone through together.”

At home, there was a celebration at Dairy Queen, where Smith has worked for four years. “There were a bunch of family members with open arms happy to see me,” she said. “And it was nice to finally have some real food.”

She said the Guard training made her both mentally and physically tough.

She said her attitude to succeed was influenced by her whole family, especially her big sister, Sarrah.

While she hasn’t decided on a college yet, Smith is looking into becoming a flight attendant.

As a military occupational specialty, she will be in charge of supplies for her unit while serving in the Guard.

“The National Guard responds to domestic emergencies and natural disasters,” she said. “But we also could be deployed internationally alongside full-time service members. I may possibly go into active duty in the military in the future.”

Smith said she appreciated being able to share her experiences with her friend, Parker Harmon, who went to Fort Benning for National Guard training this summer.

“We talk about it a lot,” she said. And my battle buddies, we still talk a lot, too.” 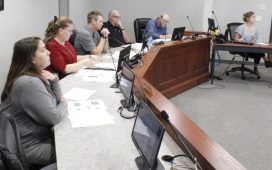 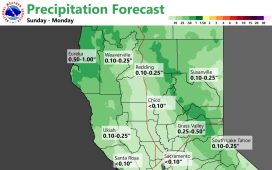 Sorry, but Virginia parents do have rights – Chico Enterprise-Record

What are the most dangerous intersections for pedestrians in Brockton? – Enterprise News 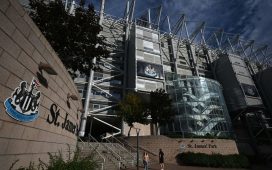 Haiti: Up to 17 American missionaries ‘kidnapped by gang in Port-au-Prince’ 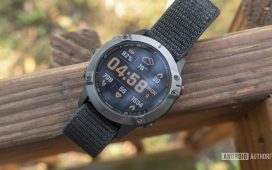 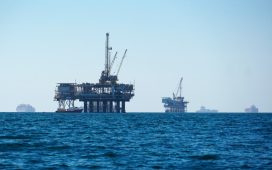 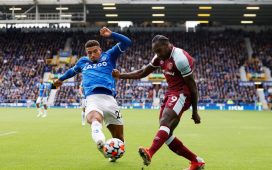