TOKYO — A fatal train derailment near the eastern Taiwan city of Hualien has exposed flaws in the island’s infrastructure.

More than 50 people were killed and nearly 200 injured in Friday’s crash — Taiwan’s worst rail disaster in seven decades. Authorities said the derailment was caused by a construction truck sliding down a trackside cliff and colliding with the Taroko express train.

The truck was part of project to build a wall to prevent rocks falling onto the track. The work had been commissioned by the Taiwan Railways Administration, or TRA, which operates almost all of the island’s rail lines. Although the truck is suspected to have slid down the cliff because its emergency brake had not been properly engaged, local prosecutors and others are investigating the cause of the accident, including whether TRA bears management responsibility.

Transport Minister Lin Chia-lung, in a statement on his Facebook page on Sunday, said he would step down to take responsibility for the disaster.

Wang Kwo-tsai, deputy minister of transportation and communications, told reporters in Taipei on Saturday that although the probe was in its initial stages, a “mistake” had been made in preventing an accident. Wang’s ministry oversees the TRA.

“I had thought that a serious accident would inevitably happen on the TRA’s railway system again,” Tung Hsiao-ling, who lost five relatives in a separate derailment in Yilan two and half years ago, told Nikkei Asia.

The TRA has continued to lose money for several decades. Experts say the authority has safety issues stemming from aging facilities and trains, as well as a labor shortage.

As many as 19 derailments occurred on TRA-operated lines between 2016 and 2019. While speculation has grown on whether the TRA should go private, necessary reforms have not been carried out due to objections from vested interests.

Yung-Cheng Lai, a professor at Taiwan University’s Railway Technology Research Center, was involved in an inquiry into the cause of the Puyuma express train derailment in Yilan in October 2018, which killed 18 people.

“Improvement is not easy because of major problems, not only with facilities but also with software, and a low level of safety awareness,” the professor told Nikkei about a year ago.

The crash comes despite Taiwan being praised by the international community for progressive policy moves in recent years, including its response to the coronavirus pandemic.

President Tsai Ing-wen has stressed her administration’s track record of containing the virus through democratic means and argues against mainland China, which advocates the superiority of its authoritarian system.

In her 2021 New Year’s Day address, Tsai said, “As a force for good in the world, we will continue to be an indispensable member of the international community, both now and into the future.”

In 2019, Taiwan became the first place in Asia to legalize same-sex marriage. On the economic front, Taiwan has also strengthened its presence as a global high-tech industry hub, notably its chip industry led by Taiwan Semiconductor Manufacturing Co. 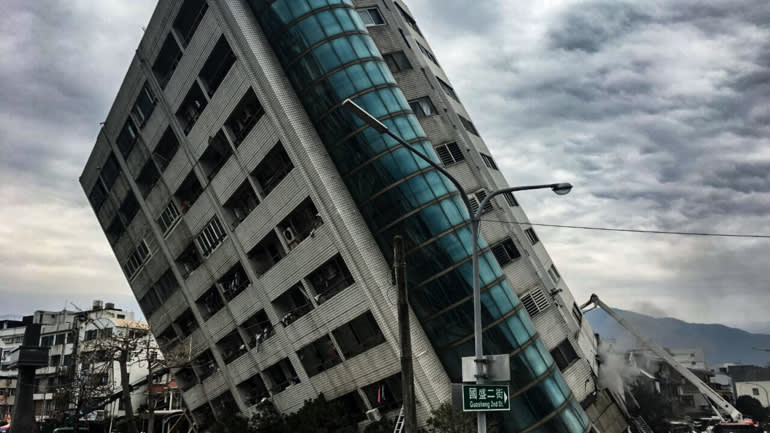 A damaged building is seen after an earthquake in Hualien, Taiwan on Feb. 7, 2018. (Photo by Kensaku Ihara)

But its poor infrastructure safety record is out of character for the progressive, democratic society.

READ  Under the skin: How better AC/DC inversion will boost EVs - Autocar

Taiwan is earthquake-prone as it is situated near the boundary between the Philippine Sea Plate and the Eurasian Plate.

When a powerful quake hit the southern city of Tainan in 2016 an apartment building collapsed, raising concerns about the earthquake resistance of many buildings on the island. When a magnitude 6.4 quake hit Hualien in 2018, some 17 people died after apartments and hotel buildings collapsed.

There are lingering fears about whether problematic buildings have been identified.

In 2019, an approximately 140-meter-long arch bridge collapsed in Yilan, killing six people. An investigation by the Taiwan Transportation Safety Board found aging or corroded materials.

These disasters hit global headlines, along with the shocking images of them.

Prompt actions have led to the development of Taiwan’s society and economy, but efforts to ensure infrastructure safety are costly and have yet to be properly implemented.

Opinion: Why Bentley's Pikes Peak return is worth getting excited about