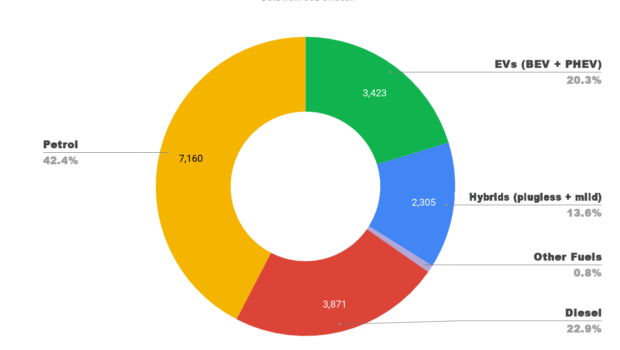 Sweden continued strong growth of its plugin electric vehicle market share in May 2020, achieving 20.3% this time, almost double that of May 2019. Overall auto sale were 50% down year on year, with the industry now calling for a trade-in program, favouring electric vehicles. 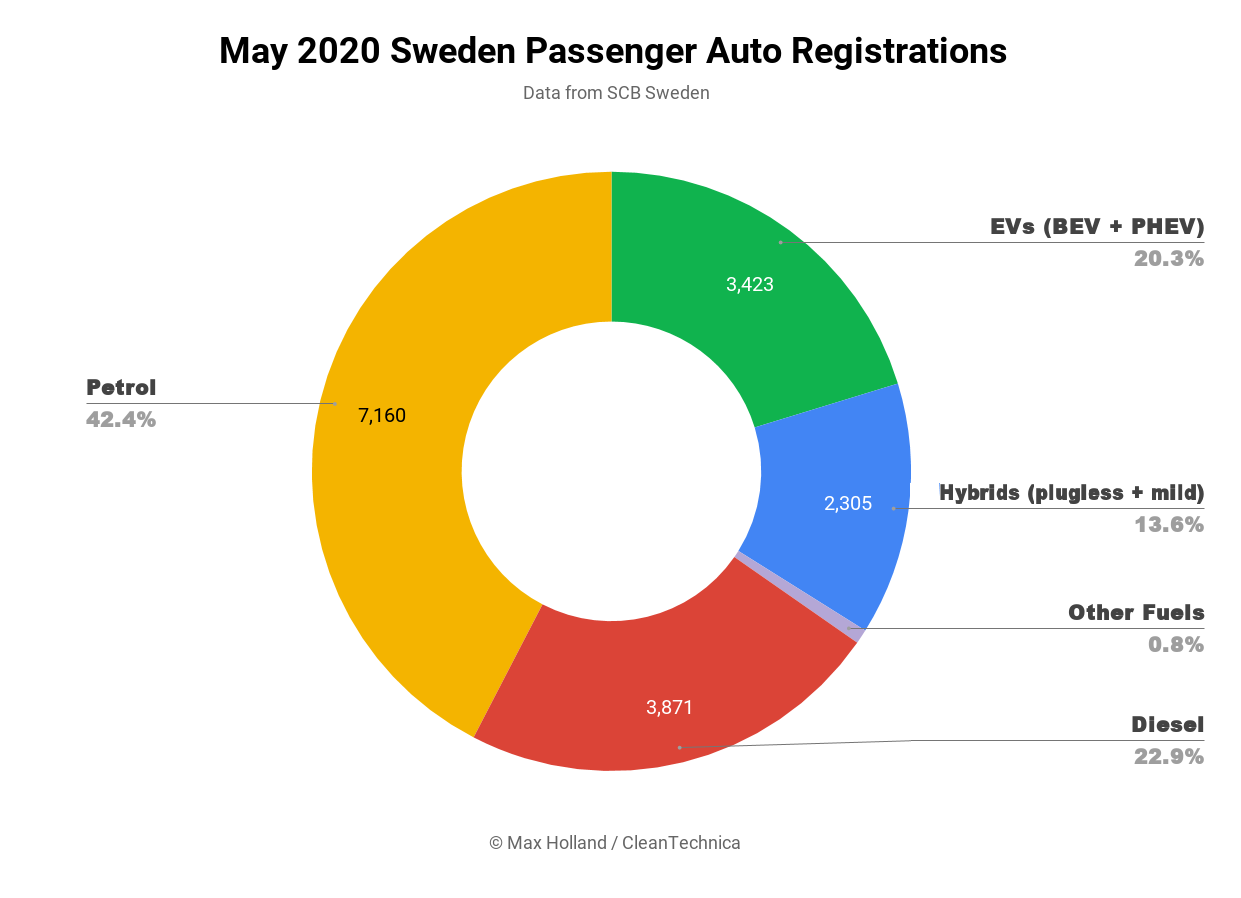 The most favoured EVs were all plugin hybrid (PHEV) models — the Volvo S60/V60 and XC60 T8, the Kia Optima and Niro PHEV, and the VW Passat GTE. Overall, PHEVs remain favoured in Sweden over full battery electrics (BEVs) with a ratio of ~3:1. 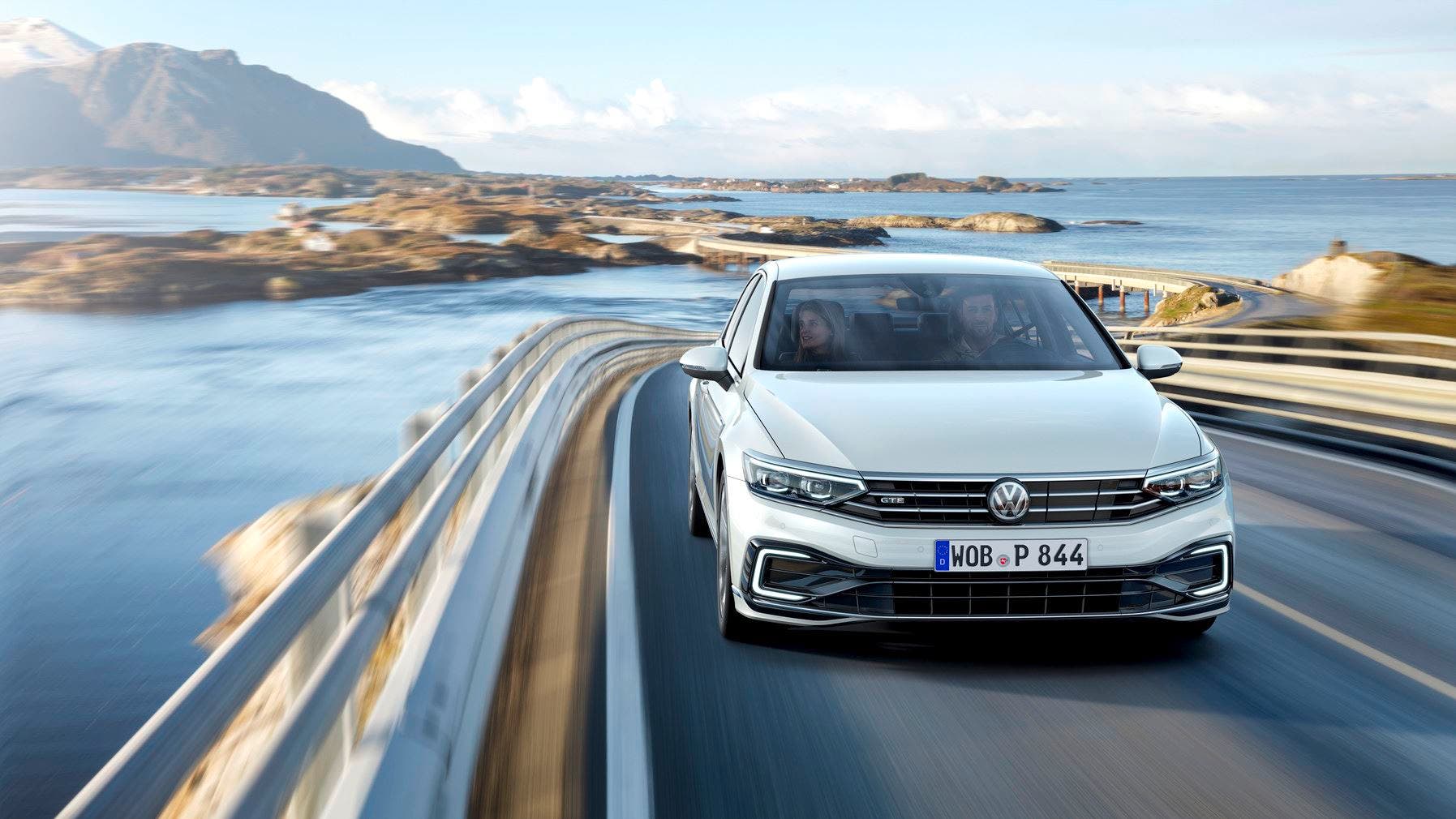 The industry association, BIL Sweden, has submitted a proposal for what it calls a “green transition” boost to auto sales, favouring support for electric vehicles. The main idea is to give a trade-in value of up to 25,000 SEK (around €2,400) to older vehicles when purchasing a plugin vehicle. This is to be scaled in line with the existing bonus-malus system, to amplify the benefit to the cleanest vehicles.

There are related proposals to extend a portion of the existing incentive structures that had been due to phase out at the end of 2020. BIL Sweden CEO Mattias Bergman said in a statement:

“During the first quarter of this year, Sweden had the third highest proportion of rechargeable cars in Europe after Norway and Iceland. Sweden thus passed the former number three Netherlands. One reason why the Netherlands lost third place to fifth place is that, from this year, the preferential taxation of electric cars increased. It shows the importance of being sustainable and not degrading the instruments available to stimulate the introduction of rechargeable cars in the market” (translated)

Depending on the outcome of these proposals, BIL Sweden has a good chance of still achieving its goal of 30% electric vehicle market share for full year 2020. 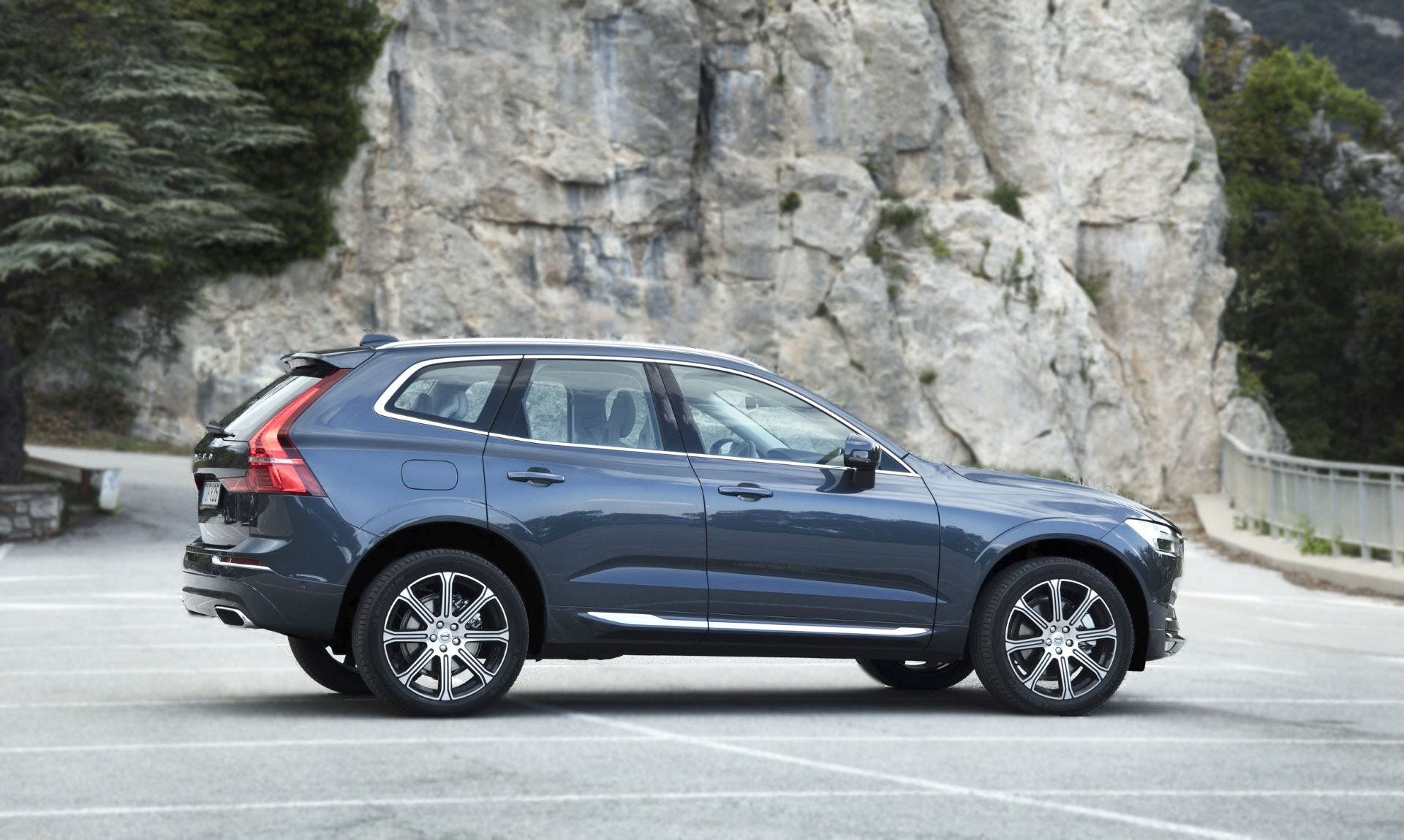 Note on methodology: Regular readers should note that the data source for this month is Swedish national statistics office SCB, rather than our usual source, BIL Sweden, since the latter’s May report didn’t provide full data on powertrain sales split/market share. SCB notes the differences thus:

The difference can amount to a couple of percent in market share figures.

Dr. Maximilian Holland Max is an anthropologist, social theorist and international political economist, trying to ask questions and encourage critical thinking about social and environmental justice, sustainability and the human condition. He has lived and worked in Europe and Asia, and is currently based in Barcelona.
Find Max’s book on social theory, follow Max on twitter @Dr_Maximilian and at MaximilianHolland.com, or contact him via LinkedIn.

What does the future of transportation look like? – Grist

Can Tesla Be Beaten… By Its Own Quality Control? – Forbes

10 Tips for Learning Lessons and Evolving Your Small Business Marketing...