Suzuki has revealed early UK pricing and specification details for the new Across, a hybridised family SUV heavily based on the Toyota RAV4.

The new model will go on sale next month priced from £45,999, but Suzuki said supply will be “very limited” in its first full year on sale. Just one trim level will be available from launch, with leather seats, heated front and rear seats, a heated steering wheel, dual-zone automatic air conditioning, an electric boot lid and 9.0in touchscreen equipped as standard.

It arrives following a recent agreement between the two manufacturers to collaborate on selected models, and – along with the Corolla-based Swace – gives an indication of how the two firms will seek to differentiate their own versions of shared models. The Across bears a strong resemblance to the RAV4 but is set apart by an all-new front end that features Suzuki’s large trademark grille.

The differences between the two cars’ cabins are more subtle, with the Across having a largely identical-looking interior save for a new steering wheel. The RAV4’s 9.0in touchscreen display features as standard and offers smartphone mirroring functionality. 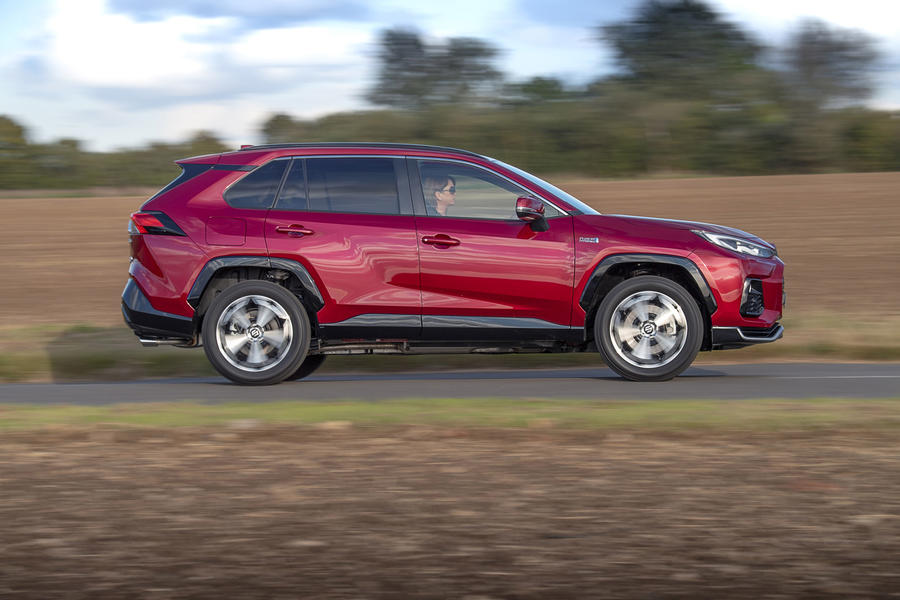 The SUV’s electrified powertrain is carried over wholesale from the new RAV4 Plug-in Hybrid and comprises a 173bhp 2.5-litre petrol four-cylinder mated to a pair of electric motors – one with 180bhp on the front axle and another with 54bhp at the rear – for a combined output of 302bhp, making it Suzuki’s most powerful model by nearly 200bhp. The Across can accelerate from 0-62mph in 6.0 seconds and on o a top speed of 112mph.

The Across emits 22g/km of CO2 on the WLTP combined cycle and its 18.1kWh battery allows it to travel 46 miles on electric power alone. It’s expected to be able to reach speeds of up to 84mph in this mode, like the RAV4.

An electronic four-wheel drive system, called E-Four, is as standard and can split torque between the two axles in ratios ranging in bias from 100:0 to 20:80. Suzuki says this provides “enhanced stability during take-off on slippery surfaces such as snow-covered roads, and confident handling when cornering on varying road surfaces”.

The Across is also equipped with a Trail mode function that maximises grip on slippery surfaces by diverting power away from wheels that are losing grip towards wheels that have good traction.

Electric Ferrari — time to give classic cars a new lease of life? – Electrek