Summer Games Fest is the brainchild of Geoff Keighley: an online-only games event that will span the summer and make up for the cancellation of physical events around the world this year.

Running from May until August, it will include reveal events, concerts, tournaments, and more. Here’s everything you need to know about what’s happening, when, and how to watch it all.

What is Summer Games Fest?

Summer Games Fest is exactly what it sounds like: a celebration of all things videogame that runs throughout summer 2020.

Intended to make up for the cancellation of industry events ranging from E3 to the Fortnite World Cup, it will include news announcements, in-game events, special playable content, and a developer showcase.

How long does it last?

The Games Fest runs from May until August 2020, though those dates are pretty loose. The first event is expected to be Microsoft’s Xbox Series X game reveal, which takes place on Thursday 7 May at 4pm BST.

We don’t yet know if this will be a one-off for 2020, but we’d be surprised – expect to see this become a regular fixture in the calendar if the first year is a success.

What is being announced?

The first part of the official schedule will be announced on 5 May, but we already know a few of the companies involved. These include some of the biggest names in gaming, from Microsoft and Sony to EA, Bandai Namco, Riot, and Blizzard. 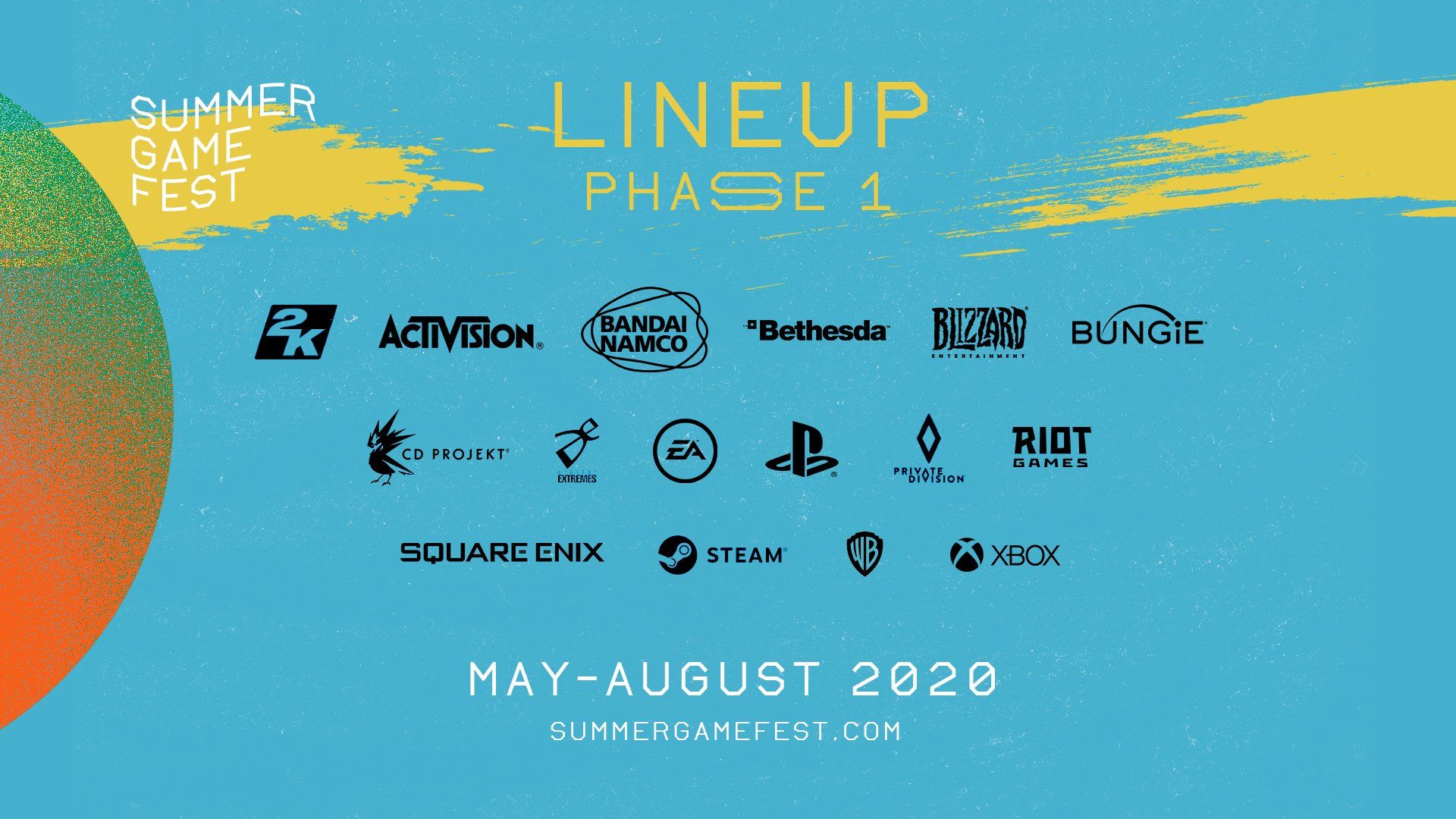 There is one pretty big omission though: there’s no sign of Nintendo. The company just scrapped plans to host its usual June Nintendo Direct, so this could be a sign that the Kyoto giant isn’t planning to announce anything major until September or later, but let’s hope not.

In addition to game announcements there will be in-game events and concerts, along with tournaments and special playable content including free trials and demos. There’ll also be a developer showcase put together with merch manufacturer iam8bit, but we don’t know all the details of that just yet.

It will likely be a bit of a mix. There’s no official Summer Game Fest YouTube channel, so it’s likely that most of the reveals and events will still be restricted to their own company channels. So you might still need to head to the Xbox channel for Microsoft’s big game reveal, for example, though events will also be streamed across Facebook, Mixer, Twitch, and Twitter.

If in doubt, you can always sign up for notifications from the Summer Game Fest site to make sure you don’t miss anything.

The coolest things the Apple Watch can do – Tom’s Guide

Apple is bringing Divinity: Original Sin II to the iPad – Times of India

Apple and BMW’s digital car key hints at the future of the iPhone – Wired.co.uk

Apple Just Killed The MacBook As We Know It: ‘Don’t Buy A Mac’ Is Good Advice — MacBook Pro, MacBook Air On Hold –...

Apple takes bite out of rivals with apps crackdown – The Times

Global AI in Smartphone and Wearable Market 2020 With Growth Analysis,...