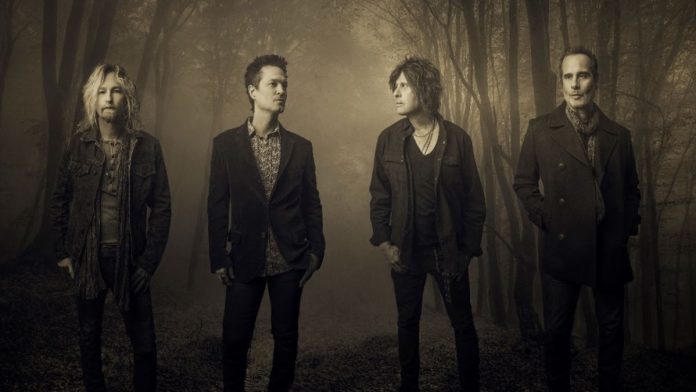 It’s hard to believe that it was 28 years ago that Stone Temple Pilots arrived with their brilliant debut album Core – and the almost immediate slings and arrows fired at them as ‘grunge bandwagon jumpers’ – especially and memorable in a Rolling Stone piece so vitriolic that you had to suspect some sort of whipping boys agenda rather than an honest opinion.

It’s obvious the band cared, although they didn’t have to; enough people were beaten by Core and successor Purple for Stone Temple Pilots to sell a ton and convert many original no-sayers. Both were full of great songs and powerful performances.

Twenty-eight years, seven albums (later fragmented but with real-quality flashes) and the death of original vocalist Scott Weiland behind them, the new STP album at the first listen will be some fans of the hard, powerful-chord-driven playback and overall oomph. Basically because there is none of this.

On Perida (Spanish for “loss”) there is no power agreement in sight; in fact, the electric guitars spent most of the recording sessions collecting dust in their racks, while the four parts made a predominantly light, airy, almost acoustic collection.

Crucial is that there are numerous identifiable STP-characteristic chord changes (only one is Three Wishes, with his hint of Pretty Penny), and melodic (especially the beautifully written I Didn’t Know The Time, which ends with a beautiful melancholy flute solo).

To radiate a melancholic, longing feeling – both musically and lyrically – but without sounding completely gloomy, it is a record that is sharply focused on looking back, evoking good and bad times, some to cherish and some to forget. It is an album of lost love, old friends, mistakes made, lost opportunities, unfulfilled promises, all delivered in slow to medium tempos and often steeped in a Spanish feeling.

This taste of Spain is best on the title track, which – and this is absolutely no criticism – would not be something if you won the Eurovision Song Contest.

Elsewhere, Years is a light and bright, summery feeling with lost love. She is my queen, with another uplifting flute solo, is also modest, with parse instrumentation of acoustic guitars and light percussion.

Miles Away, with his longing gypsy violin, is a bit like the Eastern European folk song, while the voice of Jeff Gutt, in terms of timbre and phrasing, is sometimes comparable to the late Scott Weiland, the singer he replaced. Every number has quality in one form or another.

During the first listen, Perida will surprise some STP fans and disappoint others. It is an album that with repeated listening could well be seen by many as one of the best in the band.

Xbox Live Gold is getting a big price hike – TechCrunch