Gone are the days when videogame development belonged only to techsperts. As the indie videogames flourish, garnering even more cultural and popular attention, the idea of making games might seem as exciting as it is inaccessible. But this doesn’t have to be the case; as the medium expands and deepens, the tools that gamemakers use are also becoming more versatile than ever. And rightly so: as an art form, it should belong to artists of all kinds, not just artists with computer science degrees. If you’ve ever wanted to dabble in game dev, 2021 is your chance: these engines allow you to make a huge variety of games with little to no coding experience. Best of all, the first few entries on the list are not just code free, but free to use, too. 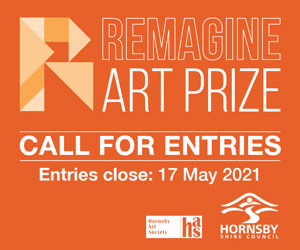 Bitsy is a minimalist game engine that runs in browsers. It’s designed to let you start walking around in your little game world as soon as possible; you can draw sprites, tiles, and items directly into the engine, and add dialogue to its existing dialogue system, without too much hassle.

Read: Most Anticipated Australian Games of 2021

If you’re interested in getting a bit deeper into it, you can also open up the code for the game you’re creating – but with a roster of useful, code-free functions that let you add dialogue effects, create rooms, characters, items, entries and exits, it’s not necessary to creating a beautiful game.


With its characterful tricolour pixel art style, Bitsy is perfect for anyone from a comics or design background. In 2020, graphic designer and Bitsy gamemaker Cécile Richard won the Australian Game Developers’ Association Award for Best Narrative, for their narrative-based Bitsy, Under A Star Called Sun.

💫 UNDER A STAR CALLED SUN ✨

🪐 a sci-fi #bitsy game about grieving, holding on to fading memories, and carrying the world on your shoulders. 🌏

~5 mins, use wasd/arrow keys to move and interact

It’s remarkably beginner friendly, and fun to mess around in even if the perfect game idea hasn’t come to you yet. If you’re not sure where to start, there’s a tutorial attached to the engine, and any games can be downloaded as HTML and embedded into a webpage later.

Check out Bitsy for free here.

Struggling to pick a colour scheme?

If you’re struggling to pick a colour scheme, developer Sarah Gould has created Palettsy, an in-browser tool that generates harmonious colour palettes in response to your inputs. Palettsy handily gives you the HEX value for each one, which can be copied directly into the engine. 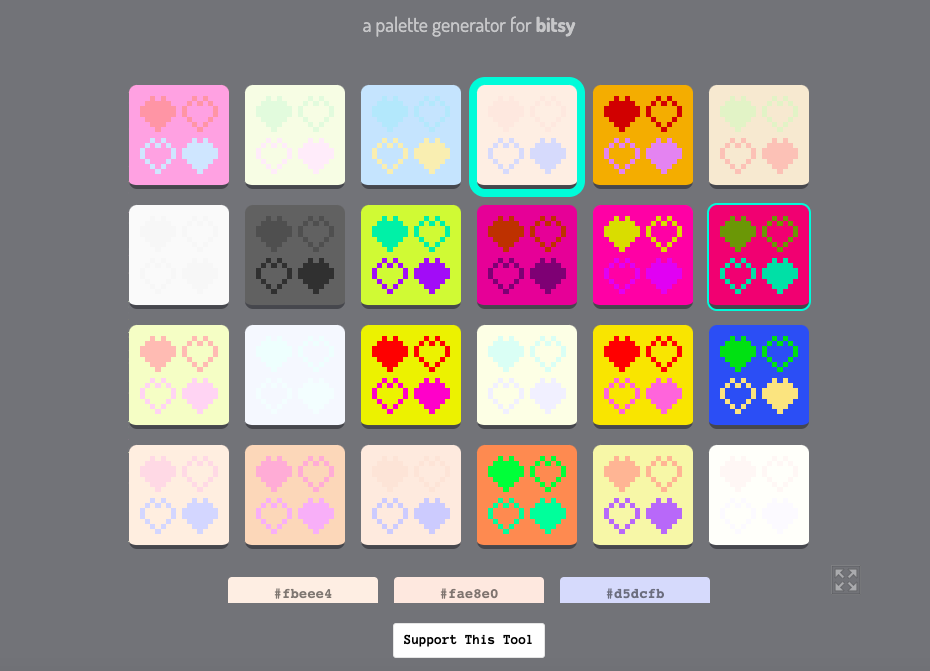 If you like Bitsy and want a similar experience, Mosi is a great option. Mosi treads an excellent line between being simpler on its face, while also offering more guidance in how to create original scripts for your game, if you choose to.

Its interface and design is similar to Bitsy, but in addition it has several no-code-required actions available for each object you create, Mosi offers guides at the bottom of most screens to show you how to structure and implement your own scripts, in case you have an idea that exceeds the bounds of the engine.

Check out Mosi for free here.

If you’ve ever looked into making interactive narratives or videogames, you’ve probably heard of Twine. It’s an open-source tool for telling text-based, non-linear narratives. Twine’s story editor allows you to visualise complicated, branching stories, and drag around different sections of text on your ‘story map.’ This lets you edit what events happen when, and what they lead to.

Twine lets you map out complex narratives in its story editor. Image via Twine.


Like Bitsy, you can make a whole game in Twine with no code, but if you do want to start experimenting with code, the possibilities with Twine are pretty much limitless. It’s a great tool for exploring narrative-based games, and interactive fiction, or even just prototyping an interactive story that you’d like to make in a different engine later.

It’s available for Windows, Mac, Linux, or to use in-browser. Twine publishes directly to HTML, which makes your work really easy to republish.

Check out Twine for free here.

Maybe you’re less interested in making videogames, and prefer experimenting with interactive literature. If you’re looking to get creative with language, in a game project or online, Tracery is a great tool for you.

Essentially, Tracery is a JavaScript library that helps you create rulesets and vocabularies that can be used to generate blocks of text. If you’re interested in making a funny Twitter bot, generative poetry, or experiment with interactive literature, Tracery will be a great tool for you. It can also be used in conjunction with other game engines, like Twine, if you want to combine generated text with a more authored narrative, and there are some examples linked from the website which are worth checking out. Even if you’re not that interested in experimental digital literature, it can be a great introduction to the logic of JavaScript, from super simple to fairly complex, if you do want to dip a toe in.

Check out Tracery for free here.

If you’re looking for something a bit heftier, and maybe more tailored towards a typical ‘game’, GameMaker Studio 2 is an excellent launching off point. Full of incredible tutorials, and a drag-and-drop coding visual system, it’s about as easy a starting point as mainstream game engines get – but that’s not to downplay the work it will take to get used to. This is a commercial grade game engine; some seriously incredible games have been made using GameMaker, including Undertale, Hyper Light Drifter, and Nuclear Throne.

Developing games in Gamemaker has a significantly steeper learning curve than any of the tools described above. A drag and drop coding language is still a coding language, and getting comfortable working in that way takes time. But if you do want to work on a more involved project, and you are willing to take the time, the results can be pretty remarkable, especially given the engine’s relative approachability.

After a 30 day free trial, a basic license for Gamemaker will set you back $39US per year. It’s a worthwhile investment if you have played around with some free engines, and you’re looking for something more powerful.

PS5 restock: how to track the new console stock on Twitter &ndash; and get this week

This weekend's best Nintendo Switch game deals: save on Breath of the Wild, Mario Kart 8 Deluxe and more

Why you should be playing Valheim

The most exciting indie PC games in development right now

Windows 10 gets a fix for annoying stuttering in some games