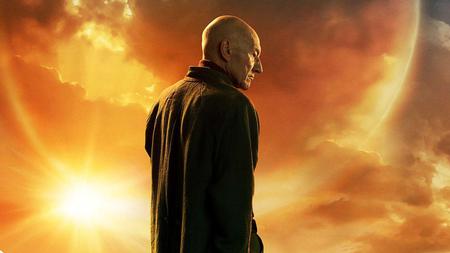 Patrick Stewart is back on our screens as Jean-Luc Picard in this brand new standalone Star Trek series, and word around the galaxy is that this isn’t a one-hit wonder. Star Trek: Picard will return for a second season, and possibly more in the future.

We’ve beamed up everything we know on the next series of Picard, including the release date, cast, plot and more. If fantasy is more your thing, we have a similar roundup for season 2 of The Witcher.

When will season 2 of Star Trek: Picard happen?

The release date for season 2 of Star Trek: Picard has been delayed after filming got put on hold due to the pandemic. It’s now been confirmed to release sometime in 2022. Providing production stays on track, we expect this to be in the first half of the year.

The next season will consist of ten episodes. Patrick Steward confirmed back in 2019 that he’d be committed to the series for at least three years, so we wouldn’t be surprised to see Picard extended beyond season 2. The Hollywood Reporter claims that a green light has been given for a third season, but this hasn’t been officially confirmed.

How to watch Star Trek: Picard

If you’re based in the US, you’ll be able to catch Picard on Paramount Plus (formerly CBS All Access), and episodes are usually released weekly at 12:01am. You will not be able to watch it on the CBS network on broadcast TV – you’ll need to be subscribed to the streaming service which costs $5.99 for ad-supported video, and $9.99 for ad-free. If you’re out of America, you can still watch Paramount Plus using a VPN.

Who are the cast and crew of season 2?

It wouldn’t be ‘Picard’ without the man himself, so we know that Sir Patrick Stewart will be returning for the titular role. We also expect that the co-stars of the show – Santiago Cabrera, Michelle Hurd, Isa Briones, Alison Pill, Harry Treadaway and Evan Evagora – will be returning.

Jeri Ryan made a guest appearance in season 1 and has been confirmed to return next year.

There was also a very public announcement made by Stewart himself who went on the American chat show The View to personally invite Whoopi Goldberg to reprise her role as TNG Guinan from Star Trek: The Next Generation.

John de Lancie revealed on Twitter that he will reprising his role as Q. You can see more in the Twitter teaser below:

“The trial never ends…” So excited to announce that I will be returning to visit my dear old friend Jean-Luc Picard in season 2 of Picard! @StarTrekOnPPlus @paramountplus @CTVSciFi @primevideouk @SirPatStew #StarTrekPicard #StarTrek pic.twitter.com/DOeBT8NkUW

Deadline also revealed that the current showrunner Michael Chabon will be stepping down from his role for season 2, though he will still remain as an executive producer. Replacing him will be Terry Matalas, who was the showrunner for 12 Monkeys on the SyFy network.

What will the plot be?

There’s not a lot of information about the plot of season 2 of Picard, but we do know a few bits and pieces. First of all, Michael Chabon stated in a interview to Variety that the next season will focus more on the personal identities of the characters more, such as their families etc.

In an interview with Gold Derby, Patrick Steward confirmed that the show will explore new destinations in the Star Trek universe. There will also be a focus on the relationship between Picard and Q after Q reappearing, which allegedly happens in a moment of trauma.

It’s likely that the crew will be back to fight against General Oh, who came close to declaring war on the Federation. She backed down the first time, but things are certainly not over.

One XPlayer is a high-end Switch rival for AAA gaming

How Jonathan Hyla Inspires and Equips Neurodiverse Creatives via Clubhouse