There are more than 9,000 species of marine sponges (Phylum Porifera) worldwide, which are a source of novel natural products. They contain promising chemical agents that may be useful in combatting cancer, COVID-19 and antibiotic-resistant Staphylococcus bacteria. These chemicals interact with molecules that have been conserved throughout evolutionary history and are involved in human disease processes, for example, cell cycling, immune and inflammatory responses, and calcium and sodium regulation.

Unfortunately, many pharmaceutically relevant sponges are found only in trace amounts within the source sponge, and it is neither economically nor ecologically feasible to harvest enough wild sponge biomass to supply the necessary quantities for clinical drug development and manufacture.

Researchers from Florida Atlantic University’s Harbor Branch Oceanographic Institute have come up with a viable solution. They previously achieved a groundbreaking discovery for marine biotechnology by creating a marine invertebrate (sponge) cell culture using an optimized nutrient medium to develop sponge cell lines and rapid division. Prior to this discovery, marine invertebrate cell lines did not exist.

Now, for the first time, the FAU Harbor Branch scientists have taken this cutting-edge research to new a level by successfully culturing sponge cells in 3D. Cells in 2D culture exhibit different biological and physiological characteristics and their interactions and functions, which play a key role in these characteristics, are limited in 2D culture. The new 3D method better represents how sponge cells function in nature and will help to scale-up production of sponge biomass and bioactive metabolites.

The marine sponge Geodia neptuni found in the Caribbean was selected for this study to demonstrate proof-of-concept of 3D culture methods. Researchers evaluated sponge cells cultured in three 3D substrates: FibraCel® disks, thin hydrogel layers, and gel microdroplets, with the goal of applying one or more of these methods to scale-up production.

Results, published in the journal Marine Drugs, showed that nutrients and sponge products rapidly diffuse into and out of the 3D matrix and that gel microdroplets can be scaled up in spinner flasks, and cells and/or secreted products can be easily recovered. FAU Harbor Branch scientists are continuing their research on scale-up and production in the laboratory.

“In vitro cultivation of sponge cells is an exciting and alternative biological option for production of biomass or bioactive metabolites,” said Shirley Pomponi, Ph.D., senior author, a research professor at FAU Harbor Branch and former executive director of the National Oceanic and Atmospheric Administration (NOAA) Cooperative Institute for Ocean Exploration, Research and Technology. “Because of their cellular organization, sponges can be dissociated into cells that will reaggregate and differentiate to form a functional sponge. Moreover, cell culture allows us to precisely control environmental variables and select or optimize conditions that favor increased production of biomass and/or bioactive metabolites.”

“Culturing marine sponge cells presents some unique challenges, for example, marine sponges require high salinities, which can prevent the hydrogels into which we seed the cells from solidifying properly,” said Pomponi. “In addition, many hydrogels require curing periods at high temperatures that are lethal to sponge cells.”

For years, scientists at FAU Harbor Branch have been collecting unusual marine organisms – many of them from deep-water habitats. The majority of samples come primarily from around the Atlantic and Caribbean; others have come from the Galapagos, western Pacific, Mediterranean, Indo-Pacific, Western Africa and the Bering Sea.

Pomponi and her team have established a biobank of cryopreserved cells from more than 200 individual sponges, representing more than 50 species, 26 families, 15 orders, and two classes of shallow and deep-water sponges. This is the first bio-bank of living marine invertebrate cells. It is being to used to support ongoing research in sponge-derived drug development, as well as habitat restoration and other biotechnology applications.

“We are conducting research to scale up these 3D methods to increase their usefulness for production of sponge-derived chemicals with human health applications,” said Pomponi.

This article has been republished from the following materials. Note: material may have been edited for length and content. For further information, please contact the cited source. 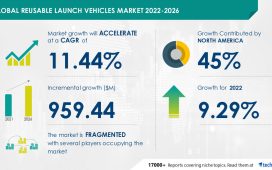 Texas Tech host some of the most brilliant minds in Atmospheric Science – KLBK | KAMC | EverythingLubbock.com 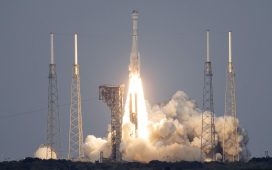 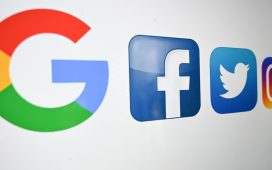 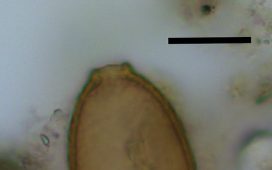