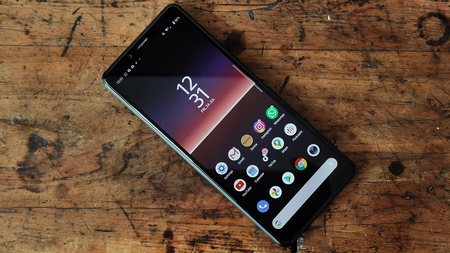 Sony could be about to release its first mid-range 5G phone. We round up all the news and rumours surrounding the Song Xperia 10 III.

There’s no official confirmation from Sony yet that the Xperia 10 III is a reality, but rumours seem to suggest that the Japanese tech giant could be preparing to pull back the covers on the latest instalment of its Xperia 10 range in the coming months.

In the past Sony has followed a rough pattern of announcing devices in February then releasing them shortly afterwards. This was disrupted somewhat in 2020, like most things, by the global pandemic which held the release back until May.

This would suggest that those hoping to pick up an Xperia 10 III should keep an eye on the Sony website in February. One thing to note though, with the Xperia 10 II not being accompanied by a Plus model, Sony may have decided to stick with just the standard variant going forward.

There’s also a question mark over whether the new device will be available in the US, after the Xperia 10 II failed to make it to those shores.

How much will the Sony Xperia 10 III cost?

Sony has so far managed to keep the Xperia 10 range around the £350/$430 mark. This means we may see a price similar to the models that preceded the Xperia 10 III, which lined up in the following manner:

What features will be in the Sony Xperia 10 III?

With no official word from Sony, there’s little in the way of confirmed details as to what the Xperia 10 III will offer. We have seen rumours beginning to emerge though that can give us some clues.

GSM Arena has a few nuggets, pointing towards the story of how Sony cancelled the Xperia 10 II Plus in order to concentrate or making the Xperia 10 III 5G compatible. This would make the new device Sony’s first 5G capable mid-range device. It will up against stiff competition though, as you can see from our roundup of the best cheap 5G phones.

In another GSM Arena story, it’s reported that a new leaked listing shows Sony preparing two phones for 2021, which use the Snapdragon 690 and 875 SoCs. The latter is too high-end for the Xperia 10 range, so it seems very likely that the Xperia 10 III may feature the 5G capable Snapdragon 690 that’s also found in the OnePlus Nord N10 5G.

Indian tech site GeekThingy is quite bold in predicting a spec sheet for the Xperia 10 III, using the GSM Arena stories as a basis. It thinks the new device will contain the following components:

Many of these are sensible ideas, but at the time of writing there seems to be no way of confirming whether these are actually true or just pure speculation. We’ve also seen similar compliments reported by GadgetsNow and Specifications Pro, both of whom also state that the Xperia 10 III could come with a four-camera arrangement on the rear.

Hopefully, it won’t be too long until Sony gives us more concrete information regarding its latest addition to the Xperia 10 range. Until then, keep an eye on this page as we’ll be updating the article whenever we uncover more details. In the meantime, we recommend reading our roundup of the best mid-range phones and best mid-range phone deals so you know what the Xperia 10 III will have to beat in order to be worthy of your money.

Apple was Japan's largest smartphone brand in 2020 with a 47.3% market share – gizmochina

Xiaomi, Google and Oppo may use OLED panels from Samsung for...