Before the iPhone made mobile phone gaming a pastime that everyone and their gran partakes in, mobile games were played not with touchscreens but T9 keypads. And pixels were so scarce, you could count the number making up characters’ faces on your fingers. In those days of technological impoverishment, SolaRola was one of the best mobile games ever made. But almost five years on, has it survived the voyage through the time warp? 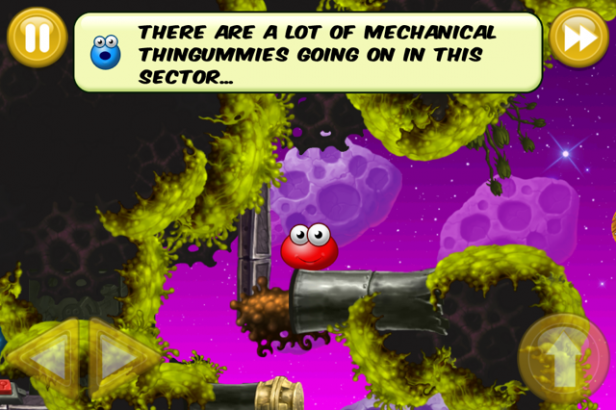 Story and Premise
SolaRola follows the part-nonsense story of two space-travelling blobs, Wiz and Waz. There’s collecting of fuel and various space artefacts, a hint of betrayal and some real wonky storytelling involved. But it doesn’t matter too much, as the game is relentless light-hearted, clearly knowing that its plot isn’t going to win any awards.

It does help to tie together the levels, which are often short – more puzzles with a few platforms strung between them than the traditional sprawling platformer type. Yes, SolaRola is a 2D side-scrolling platformer, with some physics thrown in for good measure. 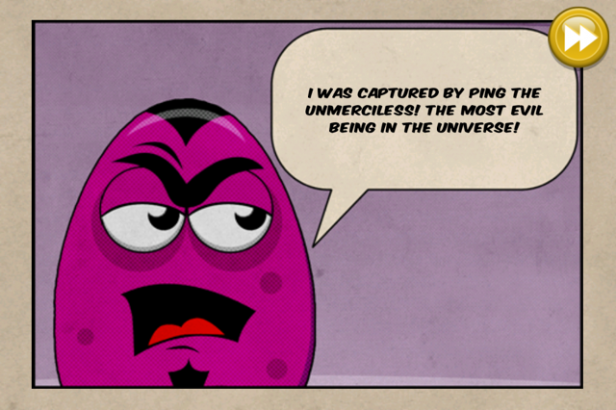 A game made from the ground up for mobiles, it sensibly keeps the controls simple. You move your blob left and right with virtual buttons under the left thumb, and jump with one under the right.

Consistent with the intergalactic theme and blobby characters, the physics of the game are best described as… loose. You flibble between platforms, the very model of a legless creature.

Technically, the physics are not impressive, but the involving use of physics is. SolaRola constructs little cars out of tied-together wheels, puts in front of you obstacles that need to be traversed by pushing a load rocks onto them, and sets up other such set pieces that give each level its own distinct design. This is not the average platformer, and the pregnancy trousers-grade looseness is a big part of that.

Graphics and Sound
This charming part of the original mobile Java game remains, but other elements haven’t weathered quite as well. Square Enix has updated the visuals, from simple block colour backgrounds to much more complicated drawn backdrops. 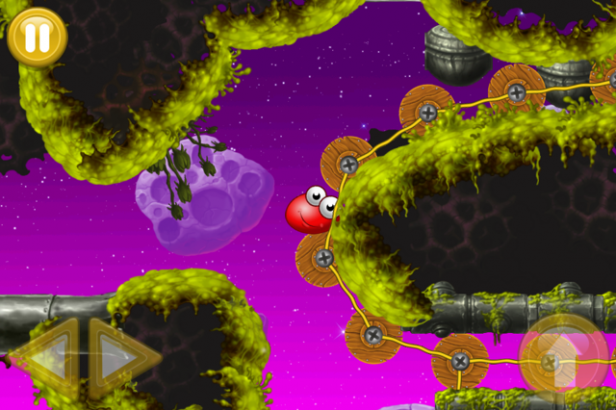 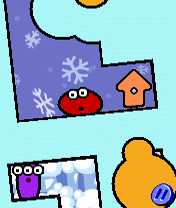 The change isn’t all that successful, because it’s only a part-conversion. Wiz and Waz – the blob heroes – are still simple coloured blobs (albeit with some shading), and they don’t fit into the backgrounds too well. What was once a charmingly stylised game is now rather ordinary-looking.

And the sound? Well that’s just flat-out dreadful. An endlessly-repeating low-fi jump sound effect and some bad music isn’t going to cut it in these days of high production values – even if it is just 69p.

The Tilt Factor
However, while SolaRola has lost some of the magic it used to hold, its quirky level design and singular feel make it worth investigating. And while some may find the spongy physics frustrating, the controls work perfectly well on the iPhone touchscreen. 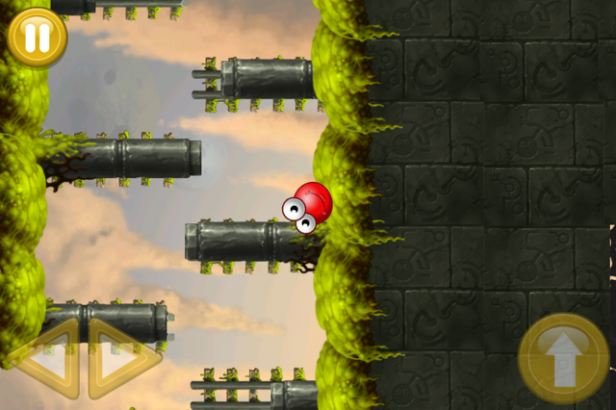 A game that starts of with levels that are almost comically short and easy, SolaRola develops through its six chapters – 10 levels a piece – into something that becomes genuinely challenging. A little thought and a little patience are required by the end, and while the game seems to want to get you frustrated at times, its breezy style is alluring enough to keep you plugging away.

Verdict
The iPhone version of SolaRola isn’t the stone cold classic that the original java game was, but enough of its charms have wormed their way through into 2012 to make it worth playing. If physics-based platformers are your bag, this is well worth checking out for 69p.

Andrew Williams is a technology writer, who has contributed to Stuff, WIRED, TechRadar, T3, Wareable and, of course, Trusted Reviews. Here he test and reviews some of newest mobile, audio and camera d…

READ  What is Google Fi and how does it work?