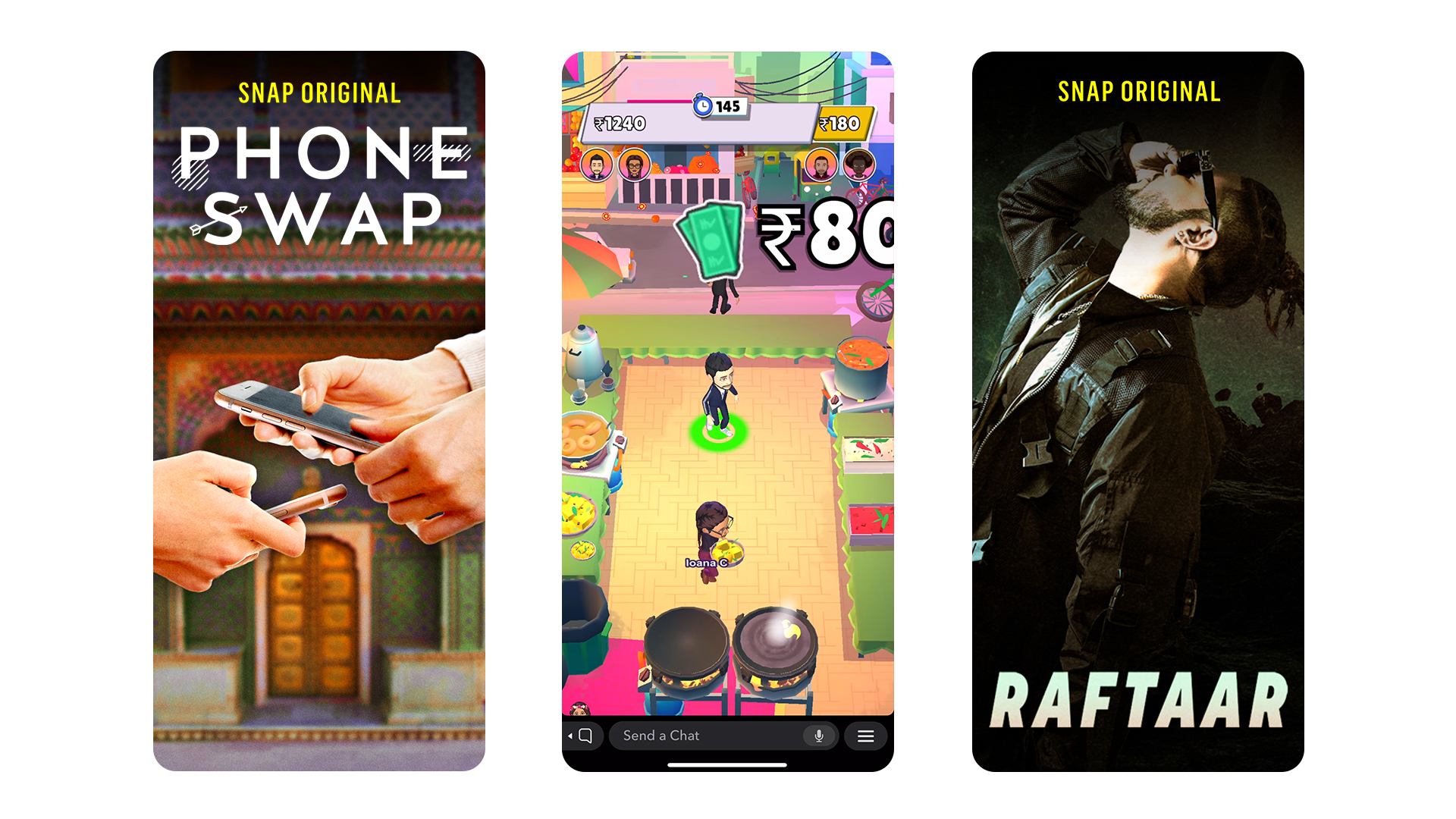 At its Snap in India event on Wednesday, Snapchat confirmed another year of strong performance in the country and shared insights on how the growth was achieved. New partnerships and experiences for the coming year were also announced.

India is the biggest market after the U.S. for Snapchat, recording over 150% growth in Daily Active Users (DAU) when compared to the same quarter last year. With more than 30 content partners and media houses onboard, over 40 million unique viewers in India watched a show on Snapchat. Experiences in local languages have helped drive this.

“It’s always been a priority to us that Snapchat feels like it was made just for you – no matter where you are in the world or the language that you speak. We’ve come a long way since last year – seeing nearly 150% growth of our community here in India. We hope Snapchatters really enjoy these new features and experiences, and we are grateful to have such creative partners to collaborate with,” said Durgesh Kaushik, Head of India Market Development at Snap.

For the next year, the company will invest to have more localized content for India. Phone Swap, a long-running Snap Original dating show where two people exchange phones to get to know each other better will be adapted for India. New shows revolving around popular artists and celebrities such as Anushka Sen, Raftaar, Ruhi Singh and Vir Das will also premier in 2021.

Moonfrog Labs has also been onboarded as the first Indian Snap Games partner, who will create an exclusive, custom-made version of the popular multiplayer board game Ludo Club. Ready Chef Go! — another game which was launched last year and amassed over 25 million unique players within the first six months — will add an Indian kitchen chapter called ‘Dosa Dash’ where Snapchatters will run a restaurant specializing in South Indian cuisine.

Bitmojis, along with the new Hinglish ones, can now be used on the Samsung Keyboard. A similar partnership with OnePlus will see Bitmojis as a screen-saver option on the OnePlus 8T’s always-on display. News outlet NDTV has been added as a one-of-a-kind SnapKit integration, letting users follow the latest news and shows and share them with friends.

Apart from these, Snapchat also recently integrated Headspace for meditation exercises and mental health awareness features in association with the Mariwala Health Initiative and Manas Foundation.

Google Pay app gets reborn as a personal finance assistant

Transparent Display Technology Market to Witness an Outstanding Growth by 2026|...

UK retail sales volumes up 1.2% in October despite restrictions