UAB professor, Nitesh Saxena, Ph.D., explains the context of contact tracing and how it will help the impact of the novel coronavirus pandemic. 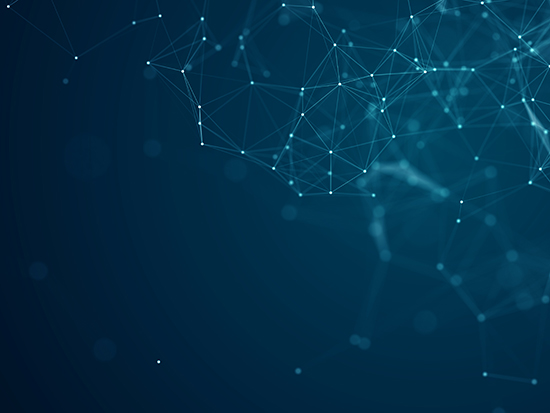 While the nation continues to monitor the novel coronavirus, one of the most promising technology defenses to curb the impact of the pandemic is the rapidly emerging private automated contact tracing.

The idea is to detect whether two people carrying their smartphones were in close contact with each other in the recent past.

According to the Centers for Disease Control and Prevention, contact tracing will help ensure the safe, sustainable and effective quarantine of contacts to prevent additional transmission.

Nitesh Saxena, Ph.D., professor in the Department of Computer Science at the University of Alabama at Birmingham, says that private, automated contact tracing protocols work over a short-range wireless communication channel, Bluetooth Low Energy. They detect proximity between two smartphones, rather than using a centralized location tracking mechanism, thereby preserving people’s privacy against unwanted invasion into their location histories.

“In this decentralized approach, no identifying information of infected people and no location histories of anyone involved are exposed to others,” Saxena said. “The European countries have been working toward launching such apps, and Google and Apple have announced their partnership and released specs toward developing a similar app in the United States and beyond. The Trace Together app deployed in Singapore and the Aarogya Setu app deployed in India also used the BLE approach to proximity detection. All of these efforts are valuable, as tracing contact history while protecting people’s privacy is extremely important and can work in conjunction with physical/manual contact tracing to curb the impact of the disease spread.”

Saxena says much of the discussion he has seen in the context of contact tracing focuses mainly only on privacy.

“For me, there is a big question mark on the robustness, accuracy and security of BLE-based proximity detection, which may outweigh all the privacy benefits it may provide.”

Figure 1: Relay attack against Bluetooth-based private contact tracing. The attacker will succeed in marking Bob as being in contact with Alice, although he is very far away, at a completely different location, from Alice. In this threat model, the relay attacker can install low-cost Bluetooth beacons near hospitals treating infected patients and near Bob’s house. Alice is the person getting infected and Bob is being traced for having been in close proximity with Alice in the recent past.Bluetooth alone is not a reliable modality for this application, leading to high false negatives and false positives.

For example, two people within 6 feet of each other but separated by a wall or glass window would be deemed in close contact by BLE detection, while they are clearly not prone to transmitting the virus in this fashion. Bluetooth is also highly susceptible to many security vulnerabilities, such as a far attacker with a powerful antenna pretending to be close by, and the classical relay attacks in such communication systems, Saxena says.

Recent work shows that users may not be willing to adopt the contact tracing apps if they yield high false negatives and false positives; they seem to give a higher weightage to accuracy of the apps than the privacy. This is understandable, he says — what purpose will a contact tracing app serve if it traces incorrectly, creating false alarms and likely missing actual infections?

“There is a way forward to significantly improve the accuracy and security of BLE-based proximity detection, and our lab has done almost a decade of work on this topic in the context of other security applications,” Saxena said.

Figure 1: The approach developed in Saxena’s lab: improving the robustness and security of Bluetooth-based private contact tracing by using physical and ambient sensing in a privacy-preserving manner.Saxena’s SPIES lab, as part of a prior Google Research Award and an NSF grant, has focused on the domain of zero interaction authentication and relay attacks, using physical sensing modalities, e.g., ambient audio and ambient light, and even other modalities like ambient temperatures, and the fusion thereof, to improve the reliability and security of Bluetooth-based proximity detection.

The data from their studies showed false negative rates and false positive rates in excess of 7-15 percent when using Bluetooth alone, but it reduces to less than 1 percent when using the fusion of the above modalities. The data was acquired when the devices were in line of sight; if the devices were across a physical barrier, such as a wall or window, the accuracy of Bluetooth used alone will be even worse. Importantly, fusion helps improve the security as the attacker would have to manipulate several modalities simultaneously, which will ward off most attacks, including those stubborn relay attacks.

“We had proposed the effectiveness of using ambient audio and luminosity for proximity detection back in 2012, and it applies well to the notion of private contact tracing,” Saxena said.

The approach can be designed to preserve privacy, efficiency and battery consumption. For example, audio is to be used for only one or two seconds, once BLE-based detection indicates sustained proximity for a few minutes, and “fuzzy hashing” can be applied before sending the audio recording to the device nearby, thereby protecting the privacy of the audio recordings. Saxena’s team, including collaborators from Aalto University, Finland, has already developed an app called Blueproximity++ which can be quickly extended for the contact tracing application.

“While some more work might be needed to adopt and perfect the ambient physical sensing approach for the application of automated contact tracing, we believe it can offer a sound balance across the seemingly conflicting privacy, security and accuracy requirements this application demands,” Saxena said. Many graduate students in Saxena’s lab have been working toward this goal.

LG has officially quit the smartphone business – What Hi-Fi?

Infinix smartphone for every lifestyle, every budget – Backend News