Unlike most of Apple’s other apps and services, it’s not always obvious when Siri gets new features. Even if you’re an avid Siri user, there’s no way you can catch them all, especially when half of them aren’t even mentioned by Apple anywhere. But that’s what we’re here for, and this is everything you need to know about Siri in the latest group of features.

Siri was designed to allow you to communicate with your iPhone and other devices that support it as effortlessly as possible. This often means interacting with your iPhone hands-free using Hey Siri, but that’s not all that Siri offers. The virtual assistant becomes more intelligent with every new iteration, providing you with numerous tools for navigating your iPhone and getting the maximum out of it.

The latest group of features comes with iOS 16.0 and later. Keep reading to see all the new things Siri can do on your iPhone.

Before, you could always restart your iPhone by forcing it to restart using an awkward button sequence (which isn’t good to do unless you’re experiencing issues), using AssistiveTouch, or via Voice Control. Siri would not work, as seen in the left screenshot below.

On iOS 16.0 and later, Siri can restart your iPhone for you. Initiate Siri from the Side or Home button, Hey Siri, or Type to Siri, then ask it to “restart iPhone” or “restart phone.” Your iPhone will need to be unlocked using Face ID, Touch ID, or your passcode before Siri will attempt anything. Then, it will ask you to confirm that you want to restart, as seen on the right screenshot below; tap or say “Restart.”

On iOS 16.0 and later, Siri can run premade shortcuts from your installed apps without additional setup. This is possible because of the new App Intents API, which lets developers create built-in, ready-to-use shortcuts for their apps. Instead of building your own shortcuts for common tasks in the Shortcuts app, they’re already ready for you to use.

Not all apps include ready-to-use shortcuts, but you can see a list of them all in the App Shortcuts section in the Shortcuts app. To use them, summon Siri, then speak the title of the app shortcut. Some shortcuts may support synonyms, so you might not have to use the exact phrase to run the command. You can also run them from Spotlight Search or Shortcuts itself.

3. Find Out What You Can Do

Siri can be very helpful, but users often don’t know all the ways they can use it. On iOS 16.0 and later, if you initiate Siri from the Side or Home button, Hey Siri, or Type to Siri, “What can I do here?” will help you find out what’s possible. This feature is available for iPhone XS and newer models.

When you’re in an app that supports App Shortcuts (see above), it will list the premade shortcuts available, but you can also ask something like, “What can I do with [App Name].” If there are few or no supported Siri actions for a specific app, Siri will suggest other things you can use Siri for, like turning on the flashlight.

You can use Siri on iOS 16 and later to insert emoji characters into messages and notes by saying the emoji’s name followed by the word “emoji.” For example, you can say “smiley face emoji,” “cat emoji,” and “heart emoji” in a row, and Siri will convert each into its associated emoji. Before the update, Siri would spell out the words instead.

This feature is available for iPhone XS and newer models. And it works for any Apple or third-party app that lets Siri add or post text, such as Mail, Messages, Notes, Reminders, and WhatsApp. You can also add emoji using the Dictation tool in apps.

You may not always be able to press a button on your iPhone to end a call in the FaceTime or Phone apps, and Siri can help you in those scenarios now. Just say, “Hey Siri, hang up” when you want to end a conversation, and Siri will disconnect the call. The other people on the call will hear you say it, but it’s definitely worth it whenever you need to end a call hands-free.

This feature is available on iOS 16.0 and later for iPhone 11 and newer models. However, it also works on the iPhone XS, XS Max, and XR when using AirPods or Siri-enabled Beats headphones. It’s not enabled by default, so you’ll need to go to Settings –> Siri & Search –> Call Hang Up, and toggle on its switch. You can also do so from Settings –> Accessibility –> Siri –> Call Hang Up.

Head to Settings –> Accessibility –> Siri on iOS 16.0 and later, and you’ll find a section where you can adjust the length of Siri’s pause time, i.e., the amount of time between the moment you finish speaking and when Siri answers. If Siri is constantly responding to you before you ask it your whole question or command, change the length from Default to either Longer or Longest to make sure it captures your complete request.

On iOS 16.2 and later, Siri Shortcuts that sync with your iCloud account can be protected with end-to-end encryption. You must enable the new Advanced Data Protection feature in your iCloud account’s settings for the extra security. It requires you to use two-factor authentication for your Apple ID and an iPhone passcode or password, and you need to have at least one recovery contact or key.

Without Advanced Data Protection enabled, Siri Shortcuts, along with other data, defaults to standard protection, where “data is encrypted in transit and stored in an encrypted format at rest.”

We could already make Siri announce time-sensitive alerts, direct messages, or all notifications from apps over CarPlay, AirPods, and some Beats headphones. But on iOS 16.0 and later, there’s an option to “Announce Notifications on Speaker” via Settings –> Accessibility –> Siri.

As before, Siri will avoid interrupting you and will listen after it reads the notifications to see if you want to respond without you having to invoke “Hey Siri.” You’ll notice it most on your Lock Screen or when not using your iPhone, as long as your iPhone isn’t set to Silent Mode.

If you use a Made for iPhone hearing device, you can finally make Siri announce notifications when you’re wearing it. The setting on iOS 16.0 and later should be available via Settings –> Siri & Search –> Announce Notifications. If you don’t see it, you don’t have any MFi hearing aids or implants set up on your iPhone.

Before, you’d have to go to Settings –> Accessibility –> Touch –> Call Audio Routing –> Auto-Answer Calls to enable or disable the setting that makes Siri answer calls for you in FaceTime and Phone. On iOS 16 and later, you can ask Siri to “turn on (or off) auto-answer,” saving you significant time. Still, you’ll have to go to the Auto-Answer Calls preferences to adjust the wait time before Siri picks up.

It’s not new that you can use Siri to compose and send a message, but it always requires you to manually confirm that you want to send it. However, iOS 16 and later lets you bypass the manual confirmation via Settings –> Siri & Search –> Automatically Send Messages, and you can control if it works over CarPlay, headphones, or hearing devices. Once enabled, Siri will send the message automatically after four or five seconds unless you cancel it.

You could already ask Hey Siri to identify a song playing using Shazam, but the results would not sync with the Shazam app and Control Center’s Music Recognition control. On iOS 16 and later, everything finally syncs up, so you’ll never have a problem finding a track you Shazammed. Just ensure both Shazam and Music Recognition are enabled in your iCloud settings.

On iOS 16 and later, Siri can process even more requests when your iPhone is offline. This includes interactions with smart home controls (HomeKit devices), notifications, voicemails, and intercom requests. Expanded offline support works on iPhone XS and later.

App Clips may appear in the Siri Suggestions widget (and Spotlight) whenever your iPhone thinks you may need them, but iOS 16 and later adds precise location suggestions that make it even more likely you’ll see the right App Clip at the right time. For example, the Siri Suggestions widget might show you a restaurant’s App Clip to pay for your meal when dining out. (App Clips are parts of an app that work on the spot without installing the entire app.)

Siri’s voice feedback settings were pretty confusing on iOS 16.1 and earlier, but iOS 16.2 clears things up by adding a new “Prefer Silent Responses” option. In earlier iOS 16 versions, there were only choices for “Automatic” and “Prefer Spoken Responses.”

Don’t Miss: iOS 16.2 Has 39 Huge Changes You Need to Know About Before Updating Your iPhone 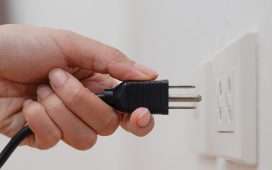 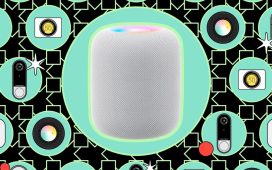 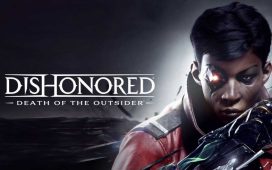 Epic Games is giving away Dishonored: Death of the Outsider for free 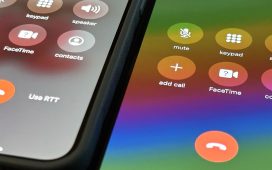