Home Apple Should I download the new NHS COVID-19 test and trace app? 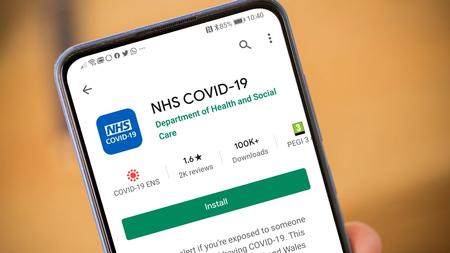 From today, you can now use the NHS’s new COVID-19 app which will monitor your contacts with other people and warn you if you spent more than 15 minutes in close proximity to someone who later tested positive for the virus.

The app has been redesigned to use the ‘Exposure Notification system’ from Google and Apple rather than the failed original app which used a centralised system for storing data and which didn’t work on many iPhones.

You’d be forgiven for wondering whether or you should download use the app, though. For one thing, the government has really played down the importance of the system because of the embarrassing delays and failings of the original app. Boris Johnson stated only this week that “Testing and tracing has very little or nothing to do with the spread or transmission of the disease”, rather than admitting the failings and encouraging people to use the new app.

His comments contradict what health secretary Matt Hancock said back in May, which was that the app would be “vital to stopping the spread of the virus”.

Other recent headlines suggest that the new app has a 1% false positive rate which could lead to 600,000 people isolating for no reason.

But while there is that risk, the short answer is that you should download and use the app.

It may have been a farce to get to this point, but if everyone who can uses the NHS COVID-19 app, it should work as a better early warning system than the current hand-written method, which will help prevent the virus spreading quicker than it otherwise would.

READ  Get 15% off at Waterstones online

The app basically works in the same way as the first test and trace app, using your phone’s Bluetooth to anonymously monitor proximity to other phones (and therefore other people) and allow alerts to be sent automatically to other app users when someone tests positive for Coronavirus.

It also allows you to request a test if you develop symptoms and includes a countdown timer for those isolating, so they don’t lose track of when their isolation period is up.

Is my personal information safe?

It should be. The way the new app works is by anonymising each user, so no personal data is ever shared, not your name, date of birth or anything else that could identify you.

Instead, when you scan a QR code to check in to a pub, restaurant or office, your anonymous ID is used. Should someone in that venue later test positive for the virus and confirm that via the app, any ID that was in close proximity to that person for 15 minutes or more will be alerted.

The system avoids any personal information being shared, a big problem with the temporary measure of writing down your name and address when you visited a pub or restaurant.

How many people need to use the app?

Ideally, 80% of the adult population. However, that’s a figure unlikely to ever be reached.

The app developers say that a minimum of 15% need to use it to have any meaningful impact on the ‘R’ number, and that comparable countries have a take-up rate of between 10 and 30%.

This is the main reason why everyone who can should install and use the app: the more people that use it, the better it works and the sooner we can all get back to some kind of normality.

An Oxford study published by The Telegraph says the app can halt the spread of coronavirus if 60% of the population use it.

Which phones does the NHS COVID-19 app work on?

This is one of the barriers to wider use of the app: it only works on Android phones with Android 6.0 and newer and iPhones with iOS 13.5 or later.

It also requires your phone to support Bluetooth LE (low energy), so combined, this does mean some people will not be able to use the app.

For iPhones, you need an iPhone 7 or newer, and an Android phone from 2016 or so. The latest Huawei phones including the P40 and Mate 30 don’t support the app as it requires Google services.

See our guide on how to download and use the NHS COVID-19 app.

Apple updates a patent to focus on a Future Apple Watch Redesign that would involve replacing its metal case with one of Glass –...