SIMI VALLEY, Calif. ― The U.S. military’s credibility with the American public has been harmed by the chaotic withdrawal from Afghanistan and by politicians’ tendency to use them as “props,” two leading senators said Saturday morning at the annual Reagan National Defense Forum here.

To help restore the public’s perception of the military, said Sen. Joni Ernst, R-Iowa, the nation’s leadership should better insulate the troops from politics.

“We have to get to a point, as leaders, where we’re separating our men and women in uniform away from our policy decisions,” Ernst said during a panel at the forum, held at the Ronald Reagan Presidential Library. “They cannot be props. They are there for our national defense. … We have to have apolitical players to do that.”

Sen. Tammy Duckworth, D-Illinois, agreed, and cited controversial instances of troops’ involvement in suppressing protests against racial injustice last year, such as military helicopters being flown low over protestors and the use of troops to clear Lafayette Square in Washington. She also pointed to the presence of some veterans and service members, some in military kit, at the insurrection at the Capitol in January.

“When you have … Chairman of the Joint Chiefs [of Staff Gen. Mark Milley] follow a presidential photo op after having cleared demonstrators, that’s damaging,” Duckworth said. “He apologized for that, but that photo was damaging across the country. I think when you have people wearing very recognizable military gear and insignia ransack the United States Capitol on Jan. 6, that’s damaging.”

Their comments came amid a significant drop in the percentage of the public that reported feeling confident in the military, from 70% in 2018 to 45% in the Ronald Reagan Presidential Foundation and Institute’s annual national defense survey. The survey was released earlier this week after polling more than 2,500 U.S. adults.

The decline in public confidence in the military comes as potential challenges are mounting around the world.

The survey found 71% of Americans are worried about a war with the People’s Republic of China in the next five years, and 73% are worried about falling behind China technologically. The tech concerns were shared by 79% of Republicans, 70% of Democrats and 67% of Independents.

Meanwhile, concerns continue to mount about Russia’s massing of some 100,000 troops on the border with Ukraine and the potential for an invasion.

Army Chief of Staff Gen. James McConville said at the panel that while he’s not sure what Russia will do, he is “very, very concerned” about its posture and said it could hurt stability and security in the region.

The world is looking to the U.S. to counter those potential threats from China and Russia, Ernst said — but America’s status as the “partner of choice … has been jeopardized in the last year with a hasty and haphazard withdrawal [from] Afghanistan.”

Ernst said that at the recent Halifax International Security Forum, allies and partners questioned what happened in Afghanistan and why the U.S. was caught off guard.

Duckworth agreed the Afghanistan withdrawal was damaging. She reiterated her push for a bipartisan review of how the war was conducted over its entire two-decade history as well as failures of leadership there — both political and military.

“As a member of Congress, we are to blame because we never debated … what the new mission is” after combat operations in Afghanistan ended in 2014 and the military shifted to a role emphasizing training, advising and airstrikes, Duckworth said.

But Duckworth said the U.S. is demonstrating its leadership around the world through COVID-19 vaccine donations and diplomacy.

Building relationships with nations in the Indo-Pacific region is also a crucial way for the United States to counter China, Duckworth said.

“A way to approach [opposing China] is to engage with the rest of the Indo-Pacific region, to have more and greater relationships with all of these nations,” Duckworth said. “To give places like Indonesia … and Vietnam, who are on the frontlines of standing up to the [People’s Republic of China] somewhere to turn.”

Ernst said the Biden administration needs to do more to push back on China on matters including transparency on the origins of the COVID-19 pandemic and fulfilling its trade obligations.

According to the Reagan survey, most Americans polled view China as their country’s top threat, in contrast with 2018, when only 21% thought so and 30% said it was Russia. Now, China leads in both parties, with 64% of Republicans and 44% of Democrats ― a jump from 20% of Democrats in 2018.

Along those lines, the majority of survey respondents said the U.S. should focus its military presence in East Asia, where previously respondents had leaned more toward the Middle East.

U.S. President Joe Biden’s first budget request for the Department of Defense slashes procurement by $8 billion, whacking scores of legacy weapons and systems as a way to deliver a $5.5 billion boost for the development and testing of cutting-edge technologies that could deter China.

While confidence in the U.S. military fell, the public considered its conventional capabilities the globe’s best by 45% (42% said “one of the best”), and its high tech weapons were considered best by 39% and among the best by 45%.

On China, economic competition was the lead concern on a bipartisan basis (20%), just edging out concerns about its military buildup (19%). That dovetails with fears of a possible war, shared by 66% of Democrats and 79% of Republicans.

Still, no one area of China’s technological progress was a top concern. Supply-chain vulnerabilities and artificial intelligence tied at 23%. According to the survey, 16% chose satellite technology, followed by telecommunications technology and manufacturing capacity, both at 12%.

The defense forum, in its eighth year, brings together lawmakers and defense leaders for a day of discussions on national security strategy, priorities and challenges. The survey accompanying the event is available here.

The Associated Press contributed to this report.

Joe Gould is the Congress and industry reporter at Defense News, covering defense budget and policy matters on Capitol Hill as well as industry news.

Stephen Losey is the air warfare reporter at Defense News. He previously reported for Military.com, covering the Pentagon, special operations and air warfare. Before that, he covered U.S. Air Force leadership, personnel and operations for Air Force Times.

The importance of being allowed to act up | Brief letters 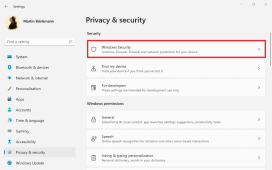 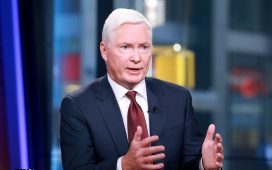 3G networks will disappear this year — and that's bad news for your car. Here's why – CNBC