Secret Oops  is a co-op action game where players use AR to make sure that the world’s dumbest spy isn’t detected.

When a new threat arises and briefcases start to disappear all over the world, the S.P.Y. Agency, the only agency in the world run by robotic pigeons, sends its best agent to investigate: Special Agent Charles.

Charles is the best spy in the world but… he’s also as dumb as a rock. Security cameras? Deadly traps? Dangerous robot-guards? Charles will happily trigger them all. 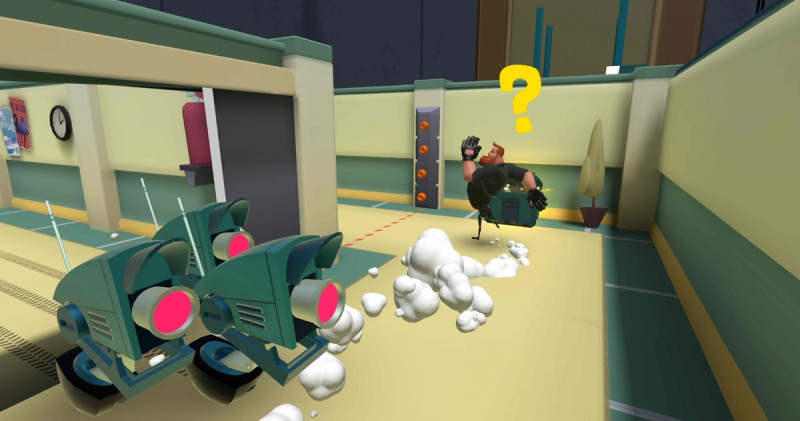 Above: Help the dumbest spy escape in Secret Oops.

As the player, you have to help him. Gather with family and friends, place the virtual game board and use AR to move around, interact with the virtual world, talk, and cooperate with the other players to devise the perfect plan and execute it. Players need careful planning and perfect coordination to succeed: communication is the key.

A 3D cartoon experience, the characters in the game come to life with detailed animations and colorful worlds. At launch, Secret Oops will offer two game worlds with 35 levels for up to four players.

Secret Oops AR functionalities are powered by Apple’s ARKit 3, while the cartoon game world is built on top of the Metal 2 graphic applications programming interface.

Mauro Fanelli, MixedBag CEO, said in a statement that the company wanted to do something different and had this “crazy idea of a social multiplayer game in AR using multiple devices to play with the same virtual world.”

Before you buy a Galaxy S21, take a look at Samsung’s gorgeous exclusive colors

Samsung Galaxy S21 vs Pixel 5: Which should you buy? – Android Authority

Apple may be planning the first iMac redesign in almost a...