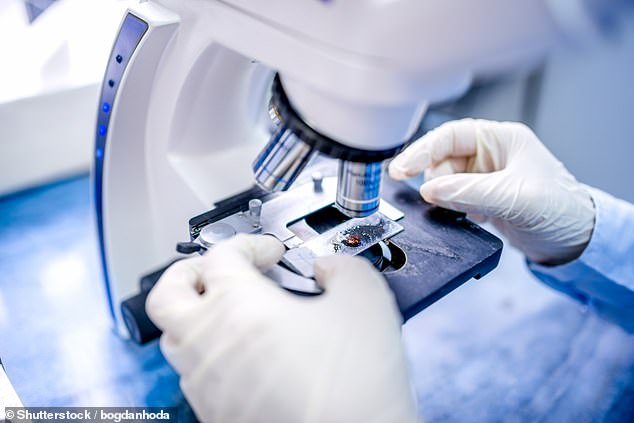 A team of medical researchers recreated seven different human organs with stem cells, but kept them at a tiny scale and embedded them on a computer chip, which they believe can be used as a replacement for animal testing in medical laboratories

To make the organoids, stem cells were used to generate 3D tissue cultures, which are around one millionth the size of the normal corresponding organ, according to a report in Popular Mechanics.

‘We tried to make the organs very much related to how they look inside of you, very similar to how they would look on the macro scale if we were implanting them into you,’ Wake Forest’s Anthony Atala said.

READ  Flight: Bird wings act as an 'automatic suspension' which soak up turbulence

To ensure each organoid develops accurately, the team used multiple cell types, including immune cells, blood vessel cells, and fibroblasts, which build connective tissue in and around organs.

Each organoid functions as close to the same as the source organ it replicates, including the tiny heart replica, which beats around 60 times per minute.

Importantly, the organoids aren’t meant to function independently, but are instead linked together in a single biological system small enough to fit on a computer chip.

Researchers can then expose these minute biological samples to equally minute amounts of experimental drugs to see how they affect both individual organs and the system as a whole.

Atala and his team wanted to show the organoid systems could be used to replace animals in lab experiments, and so they exposed the tiny organoid systems to seven drugs that had previously recalled by the Food and Drug Administration because they caused either liver or heart failure. 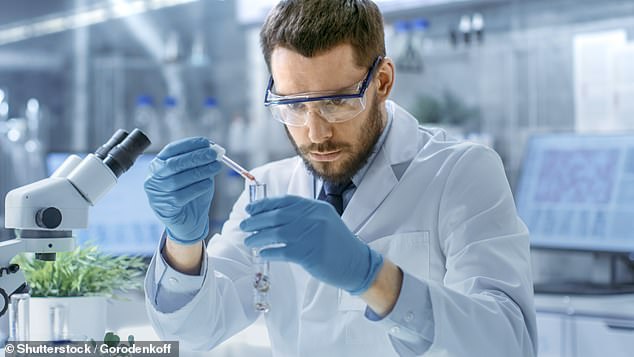 To test the effectiveness of the biological system on a chip, the team exposed each to seven drugs that the FDA had recalled for adverse health effects, even though each had previously passed through conventional testing. The tiny organ system showed the negative effects

The seven specific drugs were chosen specifically because they had previously passed standard lab tests and made it onto the market without their negative effects being discovered.

‘It had been tested in human cell lines by industry and there was no toxicity noted,’ Atala said.

‘It took 11 years on the market for them to connect the dots to see the heart failure was caused by the medication and the drug was recalled.’

In every case, the organoid mini-systems showed the negative effects of the drugs tested, suggesting they could be even more accurate than animal testing.

‘It’s always hard to predict how long these things will take due to regulatory oversight, but definitely the hope is that we can reduce and maybe even eliminate animal trials with these systems,’ Atala said.

WHAT ARE THE LEVELS OF ANIMAL TESTING?

Scientific experiments done on live animals are classified by their severity.

There are five categories which each experiment fits in to.

When a procedure did not actually cause suffering above the threshold of regulation, i.e. was less than the level of pain, suffering, distress or lasting harm that is caused by inserting a hypodermic needle according to good veterinary practice.

When the entire procedure was carried out under general anaesthesia without recovery.

The animal never woke up after going under the influence of the anaesthetic and died.

Any pain or suffering experienced by an animal that was, at worst, only slight or transitory and minor so that the animal returns to its normal state within a short period of time.

The procedure caused a significant and easily detectable disturbance to an animal’s normal state, but this was not life threatening.

Most surgical procedures carried out under general anaesthesia and with good post-operative analgesia (i.e. pain relief) would be classed as moderate.

The procedure caused a major departure from the animal’s usual state of health and wellbeing.

This would usually include long-term disease processes where assistance with normal activities such as feeding and drinking were required, or where significant deficits in behaviours/activities persist.

It includes animals found dead unless an informed decision can be made that the animal did not suffer severely prior to death.

Mexico City is SINKING: Land is depressing at an 'unstoppable rate' of up to 20 inches a year

Men's toxic masculinity comes from a lack of strong friendships and not their fathers, study finds

Jefferson Trust awards over $100000 of grants to community projects supporting anti-racist curricula, STEM and access to education – University of Virginia The Cavalier...