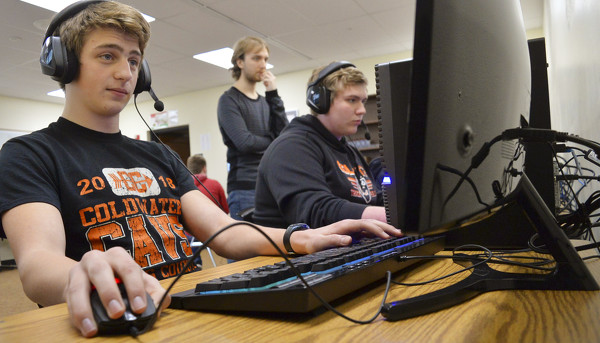 A new competitive sport is taking root across the state, and some local schools are getting their heads in the game.

After classes on a recent Monday, a handful of Coldwater High School students gathered under the watchful eye of district technology director and volunteer coach Nick Wirwille.

Some took their places at a set of computers with League of Legends on screen, scrimmaging against a team from Shaker Heights High School in suburban Cleveland. Others gathered around a TV to practice their skills in Super Smash Bros. They are some of the roughly 16 kids who have signed up to be part of Coldwater’s esports team.

“We are really excited to add another opportunity for our students to participate in, excel and enjoy (themselves) outside the normal school day, especially in an area that is expanding so rapidly throughout the state,” Coldwater High School Principal Jason Hemmelgarn wrote in a statement to the newspaper. “There are several universities that are investing in esports, and in fact, we even have a Coldwater High School alumni playing now at Ashland University. We would just like to thank our willing volunteer coaches for providing this overall really neat opportunity for our students!”

According to a 2018 Pew Research Center survey of kids ages 13-17, 84% of U.S. teens said they have or have access to a game console at home, and 90% said they play video games, whether on consoles, personal computers or smartphones and tablets.

Nick Rider, president of Esports Ohio, is a district technology director at Carey Exempted Village Schools in northwestern Ohio and a former teacher. He and several other educators and school staff members across the state founded the nonprofit Esports Ohio league after seeing the staggering amount of interest from students. School staffers had observed students watching others play video games such as Fortnite on their mobile devices, and Rider said that’s what prompted him to do some research.

“I went and toured Tiffin University in northwest Ohio and their esports program that they have there, and they have one of the first large-scale implementations of a 4,000-square-foot building that they’ve implemented to their varsity esports program,” Rider said.

One of Tiffin University’s esports coaches spoke with Rider on the scholarship opportunities available for esports players, even mentioning the school offers a minor in Esports Studies.

“I was just blown away. I was like, ‘Oh my gosh, why are we not feeding this system? Why are we not creating these opportunities for these kids to pursue this pathway?’ Because I did some more digging and found out there’s 15-plus universities in the state of Ohio right now that offer eSports scholarships,” Rider said.

After testing the interest in his own district, Rider recruited several others around the state to create the Esports Ohio board.

The creators of Esports Ohio wanted the league to run through schools and school staff to ensure a better experience for students, according to Rider. National leagues are also available, but time zone differences and lax requirements for teams could create problems. Each team in Esports Ohio must have at least one school-appointed staff member to supervise and competitors must meet a minimum GPA. All matches must take place on campus under adult supervision.

“One problem we’ve seen through national organizations is that some of them don’t even require an adult advocate to be part of the program. So you run into a rogue, passionate kid who really wanted to start a team at the school, and then you know, there’s no adult oversight. The play gets toxic, it becomes a bad environment to be part of, and they don’t show up half the time and just forfeit,” Rider said.

Two seasons are held per year, one in the spring and one in the fall, with each lasting seven weeks. The spring season begins in March. Each match tends to last about two hours, Rider said, and the seasons end with a championship tournament. This year, the varsity championships will be held at the University of Akron, sponsored and supplied by the U.S. Army.

The entry cost is minimal, Rider said, with virtually no travel costs unless a team is picked to go to the championship at the end of the season. Every district has computers, too, and most school computers are capable of playing the games used in the league, he added.

Wirwille said any computers purchased for the league could also be used for regular school purposes.

The number of high schools in Ohio developing esports teams has grown dramatically in the short time Esports Ohio has existed. The organization hosted its first season last spring. Sixteen schools participated in that initial season, and 62 districts competed in the fall season. The registration deadline for the upcoming spring season is near, but Rider said possibly more than 100 schools would compete. He knew of more than 185 developing esports programs. Already 229 teams, including varsity, junior varsity and club teams, have registered with a total of 912 players.

John Hartman, the volunteer esports coach for St. Marys High School, said nearly 30 kids were involved after spring tryouts. It’s his first time coaching an esports team, but he said he has found meaning in giving kids participating in no other activities a chance to be part of something.

If students are already part of another sport or club, Hartman said he encourages them to choose the other activity over esports because he’s trying to reach students who don’t have other extracurriculars and would benefit from having a way to call themselves Roughriders.

“Eighty percent of our kids, they’re not in extracurricular activities,” Rider said. “This is their first chance to be part of something, to belong, to build those teamwork, communication, collaboration skills, those soft skills that are taught in athletics that they’re not getting because they aren’t involved in athletics.”

Depending on what schools choose to do with the program, esports can also be used to teach other skills. Rider said in his district, which has an esports team that he coaches, students can learn to build the PCs they use for the lab as part of the high school’s curriculum. They can learn CompTIA A+ certification industrial standards for building PCs, structuring networks and running cables.

The program also can have a social media marketing aspect in which students learn how to livestream and broadcast using services such as Twitch and Open Broadcaster Software and learn graphic design as they create logos and jerseys. Rider said it can be like running a business and competing in a sport at the same time.

“Video gaming is more than just kids playing in a basement, drinking Mountain Dew and eating Doritos. (Esports teams) are creating real opportunities for kids that may be lost, may not have that connection with school, may not be interested in doing anything extracurricular. It gives a big majority of students that don’t have anything, something,” Rider said. 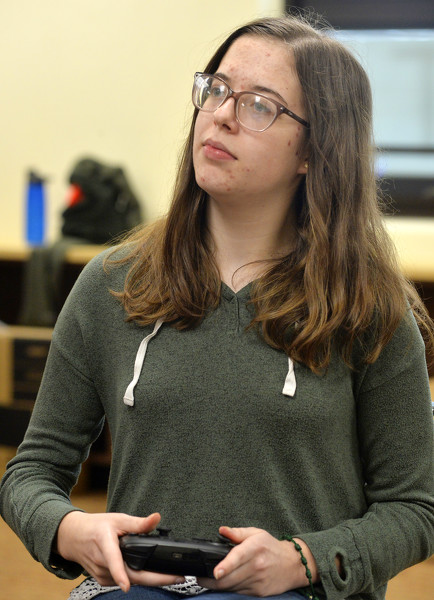 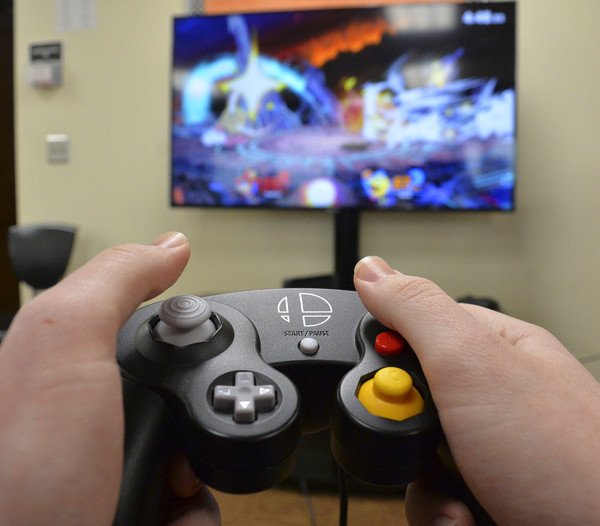 READ  Hands on: Doom Eternal – grotesque and brutal (in a good way)

How to keep employees productive in a pandemic

From pixels to perfection: the graphic tale of video games – Happy Mag

If Found debuts on iOS and Steam on May 19

AI could be key to tackling future global health crises