WiredFocus
WiredFocus > Education > School Systems: What High School Is Like in 5 Different Countries Around the World
Education

School Systems: What High School Is Like in 5 Different Countries Around the World

Although it may seem like the high school experience is the same everywhere, that’s very far from the truth. In Australia, for example, students may need VCE tutors to help them pass standardized tests. In Finland, however, there are no standardized tests.

Let’s take a look at other differences in high schools around the world.

High schoolers in the United Kingdom stroll into class between 8:45 and 9 am, and at least one London school pushes it back even further to a 10 am start. To American high schoolers who must be awake, aware, and ready to learn by 7:30 am, this is the height of heresy. Regardless, there’s quite a bit of evidence showing that teens benefit greatly from late starts.

Alongside a 9 or 10 am first period, UK students never get so casual as to refer to teachers by their first names. Instead, they always say Sir or Miss because formality is important to them.

High schools in the United Arab Emirates usually teach boys and girls separately. Although things are beginning to change, in general, this kind of gender segregation starts in primary school and continues through secondary school.

Despite being taught separately, boys and girls tend to follow their parent’s recommendations for career paths very closely. Often, this means studying medicine, engineering, law, or business because that’s bound to be lucrative.

Finnish high schools are some of the best in the world, yet they’re also some of the most relaxed. Instead of a 7 am start time, most students arrive at 9 am. Once there, they call their teachers by their first names, have 15-20 minute breaks between classes, and leave school around 2 to 2:45 pm. Once home, they rarely have more than half an hour or so of homework.

Furthermore, standardized tests are almost non-existent, and there are plenty of fulfilling professional options for those high schoolers who don’t want to go to college.

Thailand values a collective sense of identity, so school uniforms are required in public and private schools from primary through secondary. For boys, this means white shirts with the school logo and black, blue, or khaki shorts. For girls, it means a white blouse or shirt and a navy blue skirt.

Hairstyles are also regulated to keep a uniform look, so if boys show up with unkempt hair, it’s not uncommon for teachers to make them shave. Another thing all Thai students do at school? Take off their shoes before entering the classroom.

High schools in China place a heavy emphasis on the rote memorization of facts. For example, the university admissions exam, known as the gaokao, requires memorizing a vast number of facts to fill in the multiple-choice questions. This style of learning may explain why China produces a lot of excellent mathematicians, scientists, and engineers.

While this reliance on rote memorization may seem strange to English speakers, it may have to do with the differences between the English and Chinese writing systems. While English only has 26 letters to memorize, Chinese has a few thousand – making memorization essential. In addition, many Chinese educators also think that this process of rote memorization benefits the broader process of understanding.

Although education is mandatory in all five countries above, the way they choose to carry out that education differs considerably. Do you have a favorite?

Can you solve it? A headful of PINs 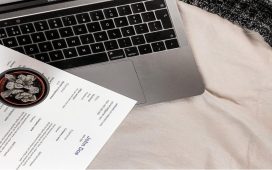 How to Write a 2 Years Experience Resume on Your Own 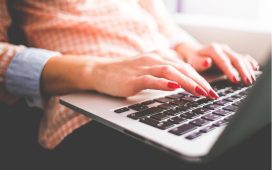