The Galaxy A series covers virtually every price point in the low and mid-range segments. Samsung, however, appears to have found a small gap in the market and is now looking to fill it with the upcoming Galaxy A70e, which has leaked today courtesy of Steve Hemmerstoffer and Compare Raja.

A notched display and a triple-camera setup

Following in the footsteps of the Galaxy A70 and Galaxy A70s, the upcoming smartphone features a notched display rather than a punch-hole implementation. But in an attempt to lower costs, Samsung has replaced the Infinity-U panel with an Infinity-V alternative that’s coupled with noticeably thicker bezels and a larger chin.The screen itself is also drastically smaller this time around at 6.1-inches, down from 6.7-inches, and the in-display fingerprint scanner has been replaced with a more traditional capacitive implementation.

Samsung has positioned the latter on the back of the phone, next to a vertical camera setup in the top-left corner. It houses three sensors, although some pretty big sensor downgrades are to be expected because of the lower price tag. 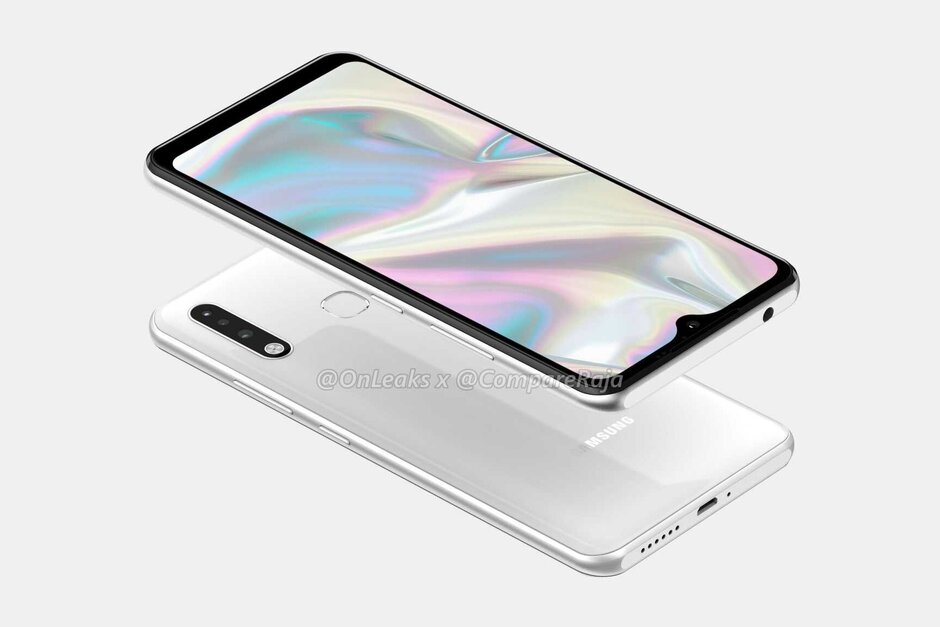 Detailed information is, unfortunately, not yet available but Samsung is still expected to include a primary camera, an ultra-wide-angle shooter, and a depth sensor of some sorts for portrait photography.

A headphone jack is included… But so is microUSB

Also present on the Galaxy A70e is the customary aluminum frame which, in this case, houses a volume rocker and power key on the right side.

Some would say Samsung betrayed its most loyal fans with the Galaxy S20 series by ditching the popular 3.5mm headphone jack. Fortunately, the company is still trying to keep everybody happy in the mid-range segment and has chosen to retain the legacy port on this particular model.

Speaking of legacy ports, the South Korean giant seems to have done the unthinkable and fitted the Galaxy A70e with a microUSB port. Virtually every modern-day smartphone boasts USB-C, so this decision is certainly a disappointing one.

The decision probably won’t please the European Union either. That’s because the political union is looking at forcing manufacturers to adopt USB-C on all smartphones in an attempt to reduce electronic waste, something that could even affect Apple’s Lightning port on iPhones if implemented.

Completing the external package is a bottom-firing speaker and a microphone. It’s unclear if the former works alongside the in-ear speaker to create a stereo setup.

Samsung appears keen to capitalize on the Galaxy A70’s success

The Galaxy A70 quickly became one of Samsung’s best-selling smartphones globally when it launched early last year. The updated Galaxy A70s continued this momentum throughout the second-half of 2019 and, although the new Galaxy A71 is expected to keep things moving forward this year, it looks as though the Galaxy A70 still holds a strong reputation among consumers.
After all, considering the Galaxy A70e’s compact size, Samsung could have easily branded this model as a variant of the Galaxy A50, Galaxy A40, or perhaps even Galaxy A30. However, it’s decision not to strongly suggest customers are still very much interested in last year’s mid-range smartphone.
The move also gives the company the option of creating an entire range of e-branded models in the future to fill in any potential gaps. At the moment, it offers the Galaxy A10e and Galaxy A20e, but could eventually create the Galaxy A30e, Galaxy A40e, and Galaxy A50e.
READ  How to use Samsung Pay 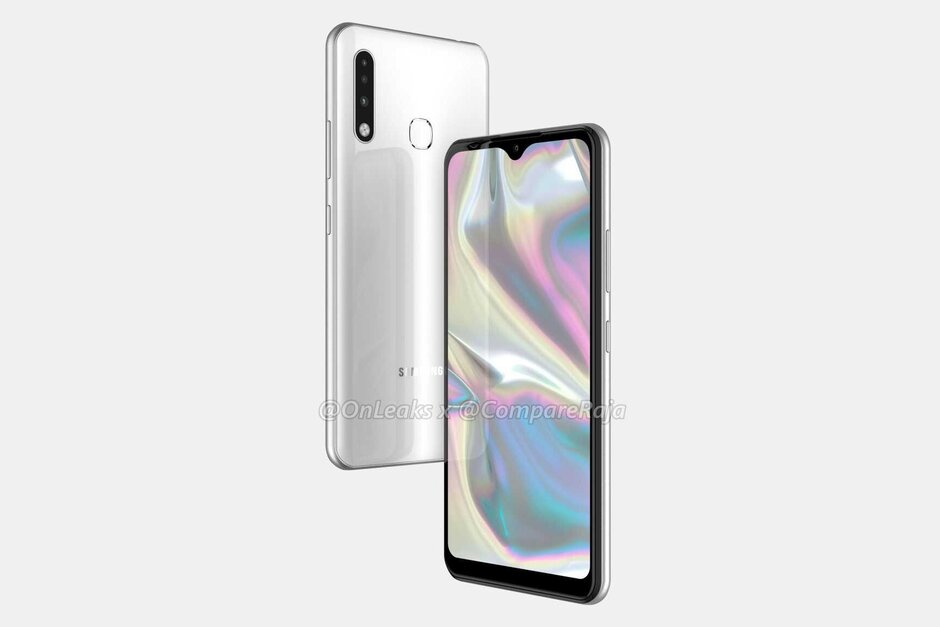 Other devices could include the Galaxy A60e, Galaxy A80e, and Galaxy A90e. It does, nevertheless, appear Samsung is done with e-branded flagship smartphones after the disappointing reception of last year’s Galaxy S10e.

Android 11 will give a big boost to phones with 120Hz displays, 5G and foldables – Tom’s Guide

Coronavirus Reality Check: Yes, U.S. And EU Governments Will Track Our Phones—Get Used To It – Forbes

Could flashing LED lights encourage pedestrians to look up from their phones? – ABC News

Short-Form Video App Likee Is Making a Push Into the US...