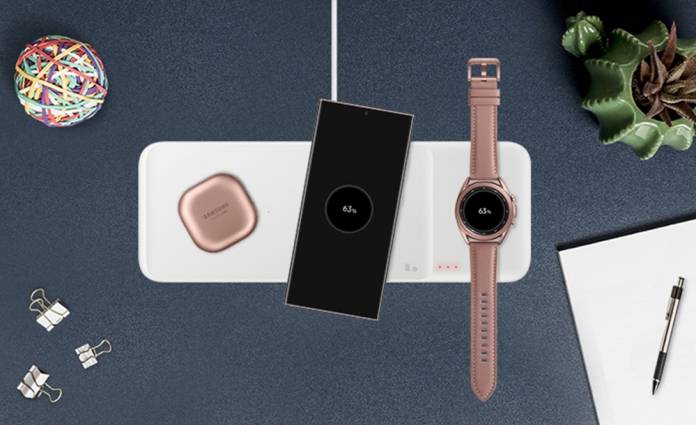 You’ll probably not be traveling somewhere far in the next few months, but battery solutions are still pretty much needed. If you live in South Korea, you will finally be able to get two new products that were previously announced: the Wireless Charging Trio and a PD Battery Pack. While we still wait for a solution to battery woes that we experience with our mobile devices, we’ll have to rely on battery solutions like these in the meantime to power up our devices.

The device has three status LED lights to let you know how the devices you’re charging are doing. There’s also a special magnetic holder for charging your Galaxy smartwatches. Samsung is releasing the Wireless Charging Trio in two colors: black and white. It will be available in South Korea for 99,000 won which is around $85. You can already purchase it on the Samsung website and Samsung Digital Plaza stores nationwide.

Meanwhile, the PD Battery Pack 20,000 mAh is their largest capacity portable battery ever. It supports 25W super-fast charging and can also charge three devices at the same time as it has three USB ports: one Type-A and two Type-Cs. You can charge smartphones, tablets, and other products. It has a built-in safety function so the devices you’re juicing up will not overheat, overcharge, or short-circuit. 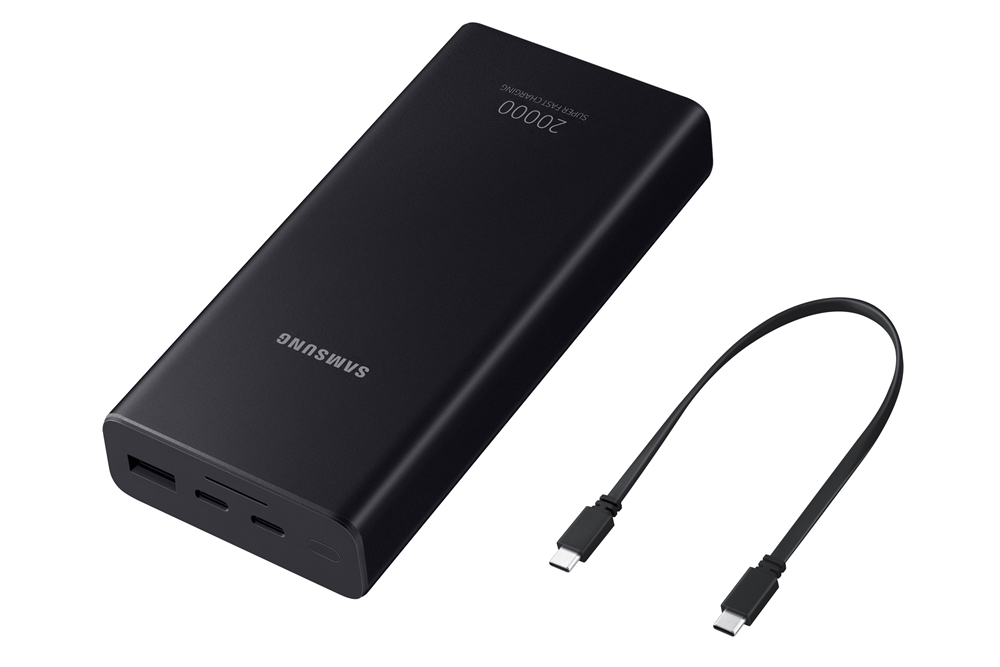 You can also charge other non-Samsung devices on this portable charger. It is available in Dark Gray only for now but you probably don’t need colorful battery packs anyway. It’s priced at 77,000 won or around $65.

Just One Dow Jones Industrial Stock Is Rising Monday. Why Apple Is a Winner. – Barron's

Grayshift, The Startup That Breaks Into Unlocked iPhones For The Feds, Raises $47 Million – Forbes

Facebook wants to add cloud games to its platform, but you won't find them on Apple devices – CNN

38+ tools and resources to improve Zoom, follow the election and to make your autumn a bit easier – Poynter