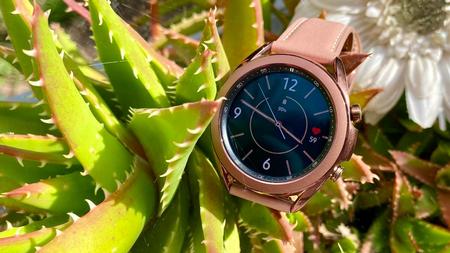 Launching alongside the Note 20 Ultra, Samsung’s August 2020 Unpacked event also gave us the Galaxy Watch 3, which has gone on to become one of our favourite smartwatches of the year. So what can we expect from its successor – the Galaxy Watch 4?

Aside from pulling Samsung’s smartwatch naming convention back into line, the Galaxy Watch 3 offered a refined take on its original namesake, added some appreciated improvements to signature features and introduced wholly new functionality (even though some was market-dependant).

When can I buy the Galaxy Watch 4?

Looking at the launch schedule for previous Galaxy Watch entries, the original Galaxy Watch and Galaxy Watch 3 both arrived in the August of their respective launch years, with the Galaxy Watch Active and Active 2 changing tact and making their debuts in April and September of the same year (2019).

It’s assumed that if Samsung doesn’t fall back on the Active line’s launch model, the Galaxy Watch 4 will arrive in August 2021 and hit stores approximately two weeks on from its launch date.

How much does the Galaxy Watch 4 cost?

Unless Samsung takes a markedly different tact with next year’s Galaxy Watch, it’s assumed that it’ll adopt the same (or similar) premium smartwatch pricing as the current offering.

What features does the Galaxy Watch 4 offer?

While we’re yet to hear any official rumblings from the rumour mill around the Galaxy Watch 4, we can at least build a picture of what we’d like to see, based on the Galaxy Watch 3 and the wider smartwatch competition currently out there.

READ  How Prosstradamus can come back from 'iPhoneOS' error

A thinner design – Samsung already made the Galaxy Watch 3 a slimmer and less cluttered watch than its 2018 predecessor, but we’d like to see the 2021 rendition go on an even more extreme diet – in terms of both weight and thickness – provided such a move doesn’t impact performance or battery life.

More premium materials – Steel and aluminium have been go-to material choices for Samsung’s top smartwatches for a few years now but with Apple’s Watch Edition series and entries like the Huawei Watch GT 2 Pro weaving titanium and the like into their designs, it’d be nice to see a wider choice of materials and finishes on the Galaxy Watch 4.

Wider feature support – The Galaxy Watch 3 boasts Apple Watch-rivalling heart-rate, ECG, blood pressure and blood oxygen tracking, but not all of these premium health-tracking features are available in all markets, stuck behind certification from various countries’ health boards.

If Samsung can work on getting approval for the technology inside the Galaxy Watch 4 ahead of its launch, more users worldwide will be able to enjoy functionality that some Galaxy Watch 3 owners already make use of.

A rugged version – Samsung has made hardy smartwatches in the past but despite their intended use as fitness trackers, even the Watch Active line sported designs that looked great but weren’t particularly hard-wearing.

Taking queues from wearables like the Amazfit T-Rex and its own Galaxy Tab Active tablets, an alternative rugged version of the Galaxy Watch 4 would likely appeal to a wider array of potential users.