Samsung Galaxy A41, A Mid-range Smartphone Under The Company’s Galaxy A-series Line-up, Has Finally Gone Official. 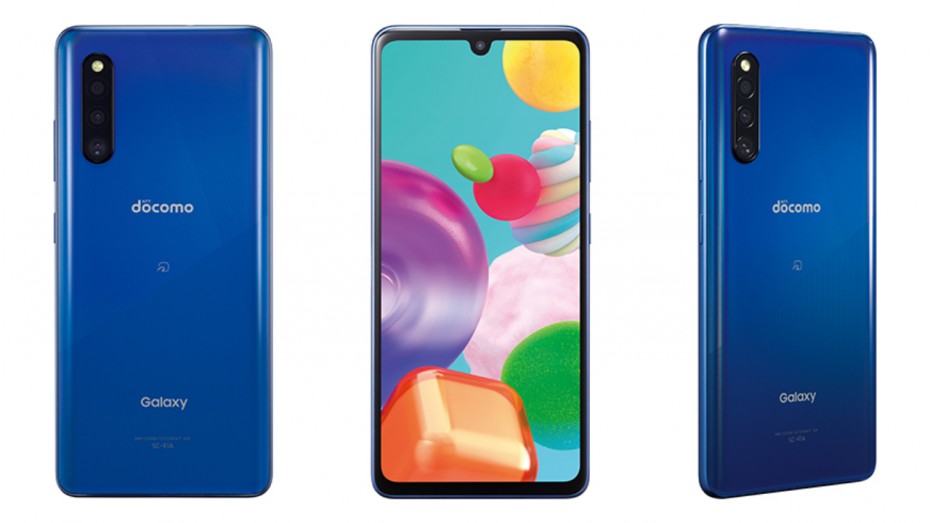 Samsung Galaxy A41, a mid-range smartphone under the company’s Galaxy A-series line-up, has finally gone official. The key features on Samsung Galaxy A41 include Infinity-U Display design with a waterdrop notch, triple rear camera setup, and a 3,500mAh battery, among others. According to Samsung, the Galaxy A41 is an IP68-rated phone. This means the smartphone is dust and waterproof.

Samsung Galaxy A41 is currently listed on NTT DoCoMo’s website in Japan. However, there is no word on the pricing of Galaxy A41. The smartphone comes in black, blue, and white colour options. The sale for Samsung Galaxy A41 will go on sale in Japan starting June this year. The company is yet to reveal details about Galaxy A41’s availability in the international market including India.

Samsung Galaxy A41 sports a 6.1-inch full-HD+ Infinity-U Super AMOLED display with a 20:9 aspect ratio and 89 per cent screen-to-body ratio. Under the hood, the smartphone is powered by octa-core SoC paired with 4GB of RAM and 64GB of onboard storage. However, there is no information given by the company over whether the onboard storage is expandable.

On the imaging front, Samsung Galaxy A41 comes equipped with a triple rear camera setup that houses a 48-megapixel primary shooter. The primary camera is assisted by an 8-megapixel ultra wide-angle snapper and a 5-megapixel depth sensor. On the front, there is a 25-megapixel camera with an f/2.2 aperture.

The device packs a 3,500mAh battery that supports 15W fast charging. The smartphone has an in-display fingerprint sensor for authentication. According to NDTV’s Gadgets 360, connectivity on the smartphone is handled by 4G LTE as well as NFC for contactless payments.

Samsung launches the most secure smartphone chip ever – MyBroadband