Roku, which offers up streaming players and is included on some smart TVs, is pushing out 30 new channels to its live programming lineup on the free, ad-supported Roku Channel and will today begin rolling out a Live TV channel guide aimed at encouraging viewers to watch even more “lean-back” television on its platform.

The addition will mean Roku will have more than 100 live channels available on its platform, including a mixture of real-time programming from news and sports publishers like ABC News Live, NowThis and fubo Sports Network as well as preprogrammed channels from streamers like Pluto TV and publishers like Bon Appétit.

Roku was planning on releasing the live channels later in the week but sped up the release of the channels due to the ongoing nationwide protests and unrest over police brutality against black Americans.

“The need to access news and information has never been greater, and we wanted to give consumers as much access to information as possible,” a Roku spokesperson said.

The number of live channels added to the service has also prompted an interface facelift designed to help users find channels while still being able to watch live as they search through the channel catalog. While the Live TV guide begins rolling out today, the update will take several weeks to reach all Roku users. 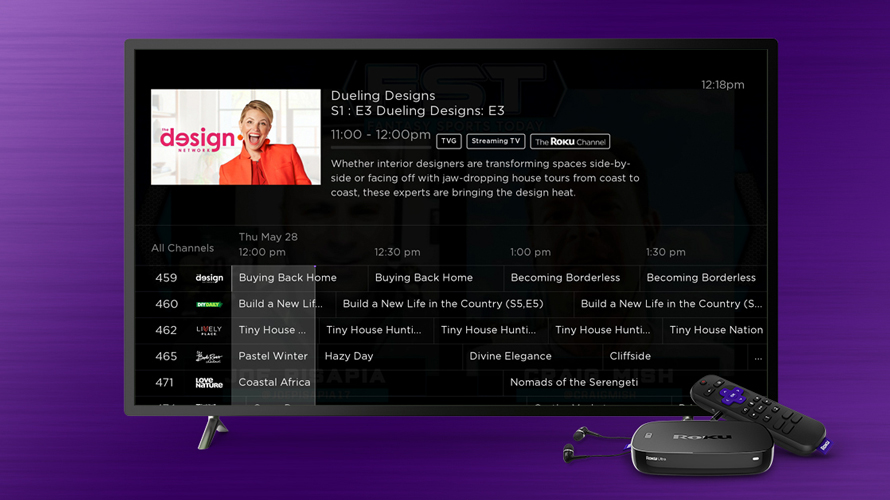 It’s the streamer’s biggest foray yet into live television, and the offering is aimed at replicating the lean-back experience of linear television that may encourage heavier usage on the platform.

READ  Zurich and FBD settle on rebates for motor customers

“This is really a big investment for us, and we really believe in this space,” said Ashley Hovey, head of programming partnerships at Roku. “One of the fallacies we’ve seen is that with cord cutting, people think linear is dead, but I think people really like the viewing experience of being able to lean back and see what’s on and not have to necessarily choose. They just didn’t want to pay the prices that they were having to pay for it.”

“One of the fallacies we’ve seen is that with cord-cutting people think linear is dead, but I think people really like the viewing experience of being able to lean back and see what’s on and not have to necessarily choose.”

The expanded live channel offering and guide have been in the works since before the Covid-19 pandemic prompted sky-high television viewership among American families, but the timing is fortuitous for the streamer. Roku users spent 49% more time watching television overall in the first quarter of 2020 and more than 100% more time watching in the Roku Channel, which curates both free and paid offerings. Live television viewership was higher than both, Hovey said.

The expanded live offering also comes as Roku has made bigger strides to capitalize on growing OTT usage. The streamer in May revamped its ad platform to give advertisers a way to plan, buy and measure campaigns across digital devices in four out of five U.S. homes.

Roku first dipped its toes into live linear in 2018, when it began offering four free live TV channels programmed by publishing partners, and has steadily grown its offerings in subsequent years including the introduction of six Spanish-language channels last month. But the push to build out live TV offerings even further comes as other services are making investments in the live TV space to capitalize on lean-back viewing.

Roku’s push to expand its catalog of live programming also comes as ad-supported streaming services, which were already making a comeback, are projecting higher demand due to the ongoing economic fallout from the pandemic.

“We are continuing to see that free is a huge driver, and especially for live TV, it’s something that the viewers want,” Hovey said. “Having more free content in the works is always a good thing. We know users are going to want this, and we want to lean into that growth trend.”

Sanitisers and screens order of the day as some pubs reopen

Chris Johns: Lesson for a second Covid wave is clear – don’t shut down the economy

Chris Johns: Lesson for second Covid wave is clear – do not shut the economy

Sanitisers and screens order of the day as some pubs reopen