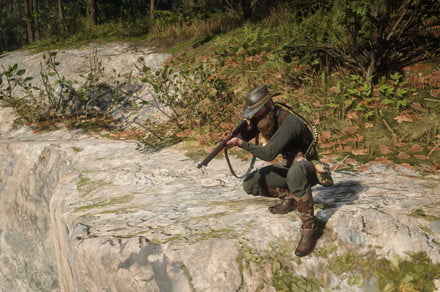 Rockstar Games is going to update both Red Dead Online and Grand Theft Auto Online in the coming weeks.

“With both games playing home to more players than ever before in recent months, we know the community has been awaiting news of any updates for GTA Online and Red Dead Online, and we are happy to share that both games will receive exciting new updates in the weeks ahead.” the company said in a blog post.

The Red Dead Online update is going to be “massive,” with a new Frontier Pursuit mode focusing on naturalism, and a new role as well. There’s also going to be an outlaw pass and “tons of community-requested features and fixes, and much more to play and discover in the months to come.” That update arrives on July 28.

The GTA Online update will come later in the summer and include “a fun mix of diverse new content from the game’s massive array of experiences to enjoy.”

The company also thanked players for giving feedback on the games, and said it added number of features based on those suggestions. They include adding musical instruments in Red Dead Online, as well as a new ability to run businesses through the Master Control Terminal in GTA Online. Rockstar also said it was making sure that the games remain fair and safe for all players.

“We are also committed to ensuring that our games are fun for everyone and as safe as possible from modders, cheaters, hackers, and those who seek to harass other players. So far this year, we have taken action on hundreds of thousands of players caught violating community rules across both games. Please help us keep our communities safe and fun by reporting any sort of cheating either directly in-game or via our dedicated web reporting tools for both Red Dead Online and GTA Online,” the company said.

Red Dead Online is updated fairly often with bonuses like extra in-game money or discounts on weapons or horses, but the last big update for the game happened in December of last year. Some players were so upset about the lack of new stuff that they dressed up as clowns in the game to protest.