The market for PC gaming monitors is full of potential, and though enthusiast panels touting all the latest bells and whistles hog most of the limelight, manufacturers understand that affordable mid-range offerings are the preferred route to high-volume sales.

It is absolutely possible to get a taste of high-resolution and silky-smooth gameplay without breaking the bank, and that’s precisely what MSI is hoping to deliver with its new Optix MAG272CQR. Priced at £399, this 27in gaming monitor touts a 2,560×1,440 resolution, a 1500R curve, and FreeSync support at up to 165Hz. 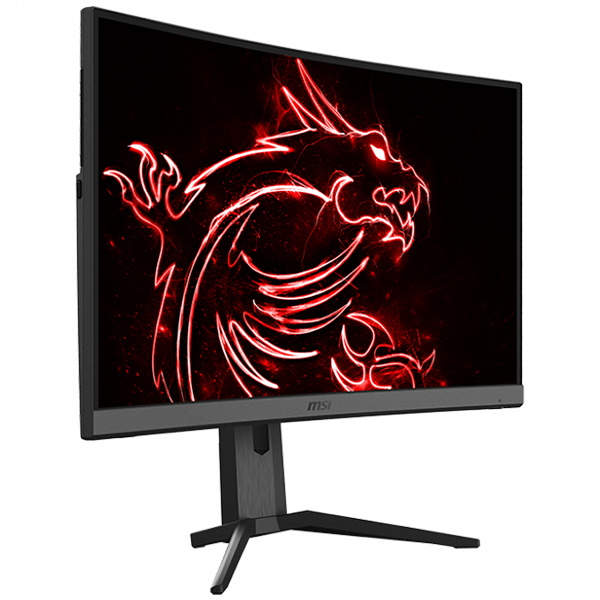 Tasty specifications at an attractive price point, and those of you who keep tabs on panel blueprints will recognise that MSI clearly has the rival Aorus CV27Q in its sights. Both share similar underlying specs, but MSI crucially reckons it’ll maintain an edge on pricing, and that could be all it takes to sway those users who are looking to upgrade.

From the outside, mid-range gaming monitors tend not to be fashion statements, and the Optix MAG272CQR continues that trend. The basic all-black exterior is utilitarian but well-put-together, with slim bezels above and to the sides of the panel, and a 1500R curve intended to enhance the feeling of immersion. Whether or not a curve makes for a superior gaming experience is open to interpretation; some gamers like it, others don’t, and truth be told, unless dealing with an ultra-wide panel, I personally prefer a flat form factor.

Outside of the curve, finding an optimal viewing position is relatively straightforward thanks to height adjustment of up to 130mm and the ability to tilt to -5º/+20º. MSI’s VESA-compliant stand is easy to attach – requiring just a couple of screws – and the metal feet provide a solid base without eating-up too much desktop real estate. There’s little in the way of wobble, but do note that unlike the rival Aorus, there’s no option to swivel the display from side to side.

Completing the exterior tour, you’ll find a pop-out headset holder on the monitor’s left side, a rear joystick in the bottom-right corner that’s ideal for navigating the OSD, and of course some RGB lighting. The small portion of illumination on the back of the panel hardly seems worthwhile, and isn’t as dramatic as the downward-firing ambient lighting on MSI’s dearer offerings, however we do like the fact that the RGB can be easily synchronised to on-screen content through software.

With the Optix MAG272CQR, it is what lies inside that counts, and the 27in VA panel manages to impress in almost all the right areas. A resolution of 2,560×1,440 is sensible for a 16:9 display of this size, there’s the promise of a 1ms MPRT response time, a quoted 3,000:1 contrast ratio, wide 178º viewing angles, and importantly for the target audience, FreeSync support in the 48-165MHz range. 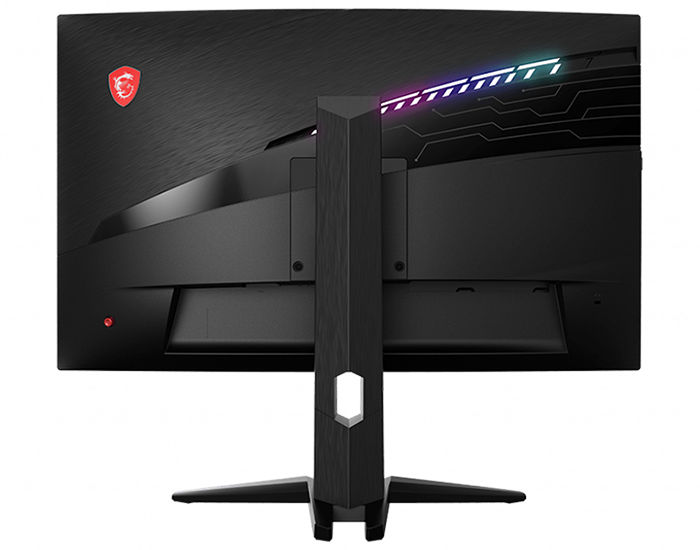 Buttery-smooth gaming is the order of the day, and the MAG272CQR differentiates itself from its predecessor, the MAG271CQR in a couple of ways. Refresh rate has climbed from 144Hz to 165Hz, the curve is more pronounced (1500R vs. 1800R), connectivity now includes DisplayPort over USB Type-C, as well as regular DisplayPort, dual HDMI, a headphone jack and two USB Type-A, and MSI has attempted to bolster the monitor’s credentials with support for HDR.

Don’t expect great HDR performance, mind. MSI is using an 8-bit panel with dithering to achieve 10-bit colour support, but brightness is limited to 300 nits, which is surprising given that the older MAG271CQR touts a 400-nit maximum. As such, the MAG272CQR doesn’t meet any of DisplayHDR’s official performance tiers, and is advertised merely as ‘HDR Ready.’ In other words, you can display HDR content, but the effect is so muted that you probably won’t want to.

It isn’t possible to achieve all-round perfection at this price point, yet fire up your favourite games and you’re unlikely to be disappointed with the MAG272CQR presentation. The smoothness of 165Hz is a significant step-up for users accustomed to bog-standard 60Hz panels (even simple tasks such as navigating Windows feel way more fluent), colours are vibrant with no significant colour shift towards the edges of panels, and FreeSync continues to serve as a star attraction.

We can confirm adaptive synchronisation works wonderfully with both Radeon and GeForce cards, the latter through Nvidia’s G-Sync Compatible mode, and making the most of a 165Hz refresh rate is eminently more achievable at a QHD resolution than, say, 4K UHD. Forza Horizon 4 looks particularly lush with zero tearing, however the common drawbacks of a VA display are present. Ghosting is apparent, so pro gamers or those particularly susceptible to the trailing effect may want to look elsewhere, and black crush is clearly noticeable, too, leading to a loss of detail in the shadows. 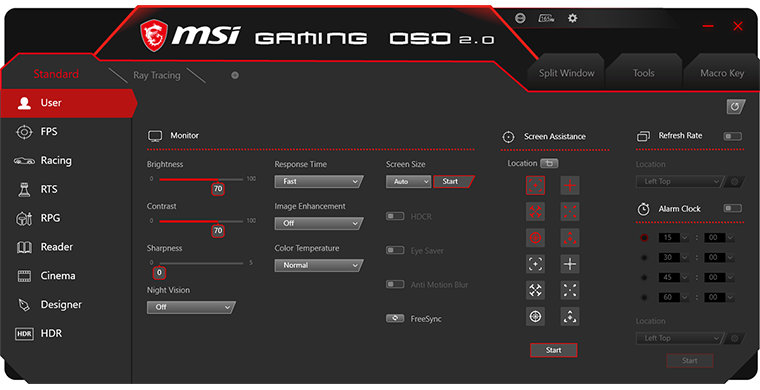 Such trade-offs are perhaps inevitable in a VA-based gaming monitor priced under £400, yet shouldn’t be viewed as deal breakers, as the value of 165Hz at a QHD resolution with adaptive synchronisation is, in our estimation, more than enough to offset some of the inherent limitations of VA technology.

In keeping with other gamer-focussed solutions, MSI also supports its Optix monitors with a useful Gaming OSD app that provides access to key controls from within Windows. It’s a useful utility that includes familiar value-adds such as a crosshair overlay, built-in timers and a ‘night vision’ mode that artificially increases brightness in dark areas to help get a jump on opponents. What’s handy is that the monitor also features a hardware macro key on the bottom-left edge, allowing a choice of functions to be triggered at the touch of a button.

Command and Conquer Remastered review: A classic gets the treatment it deserves – Report Door