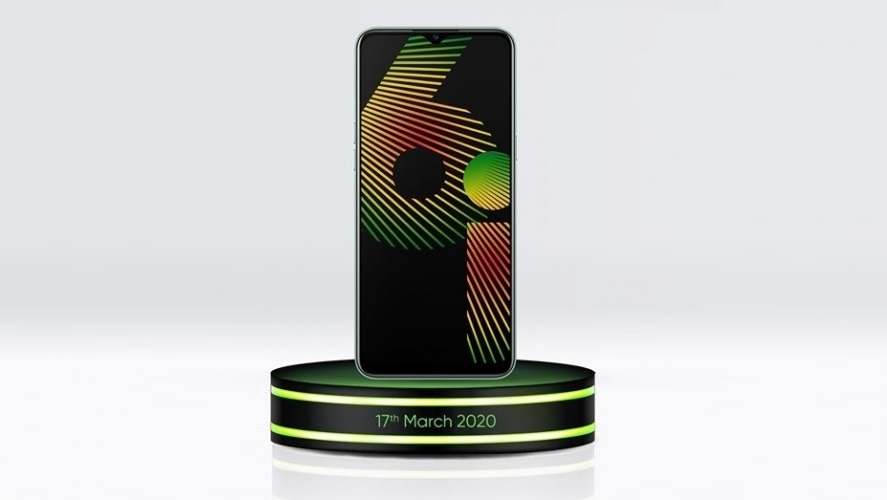 It’s just been a few weeks since the Realme 6 series made their global debut, and the company is already looking to add another member: the Realme 6i.

The Realme 6i will be unveiled on March 17 in Myanmar, marking its global debut. It will be the third member of the new Realme 6 series, which launched earlier this month in India. If we understand Realme’s new product lineup correctly, the 6i will be the successor to the Realme 5.

The Realme 6i is set to be the world’s first smartphone to be powered by the new MediaTek Helio G80 chipset. It is a 12nm octa-core chipset that specializes in gaming performance. The Mali-G52 MP2 GPU will join it.

The display will be a Full HD+ panel with a waterdrop notch, which will house a 16MP selfie camera. On the rear, the Realme 6i will sport a quad-camera setup, consisting of a 48MP primary shooter, likely to be followed by an ultrawide shooter, a macro lens, and a depth sensor.

As for the battery, it will sport a massive 5,000mAh battery with support for 18W fast charging over USB Type-C. It’s unclear if this will be VOOC charging or some other charging standard. The fingerprint scanner is likely to be on the back, as none can be spotted on the side, and an in-display solution will be doubtful in this price segment. The Realme 6i will run on Android 10-based ColorOS 7 out-of-the-box.

The phone will be announced in Myanmar tomorrow at an expected price equivalent of Rs 10,000-12,000. There is no information if this phone will come to India in the future.

READ  The Mandalorian season 2 release date will not be delayed, Disney confirms

This faulty WordPress plugin could allow hackers to wipe your website

Xiaomi hikes prices of its budget phones yet again