Home Computing Razer is making gaming PCs for some reason, and they can come... 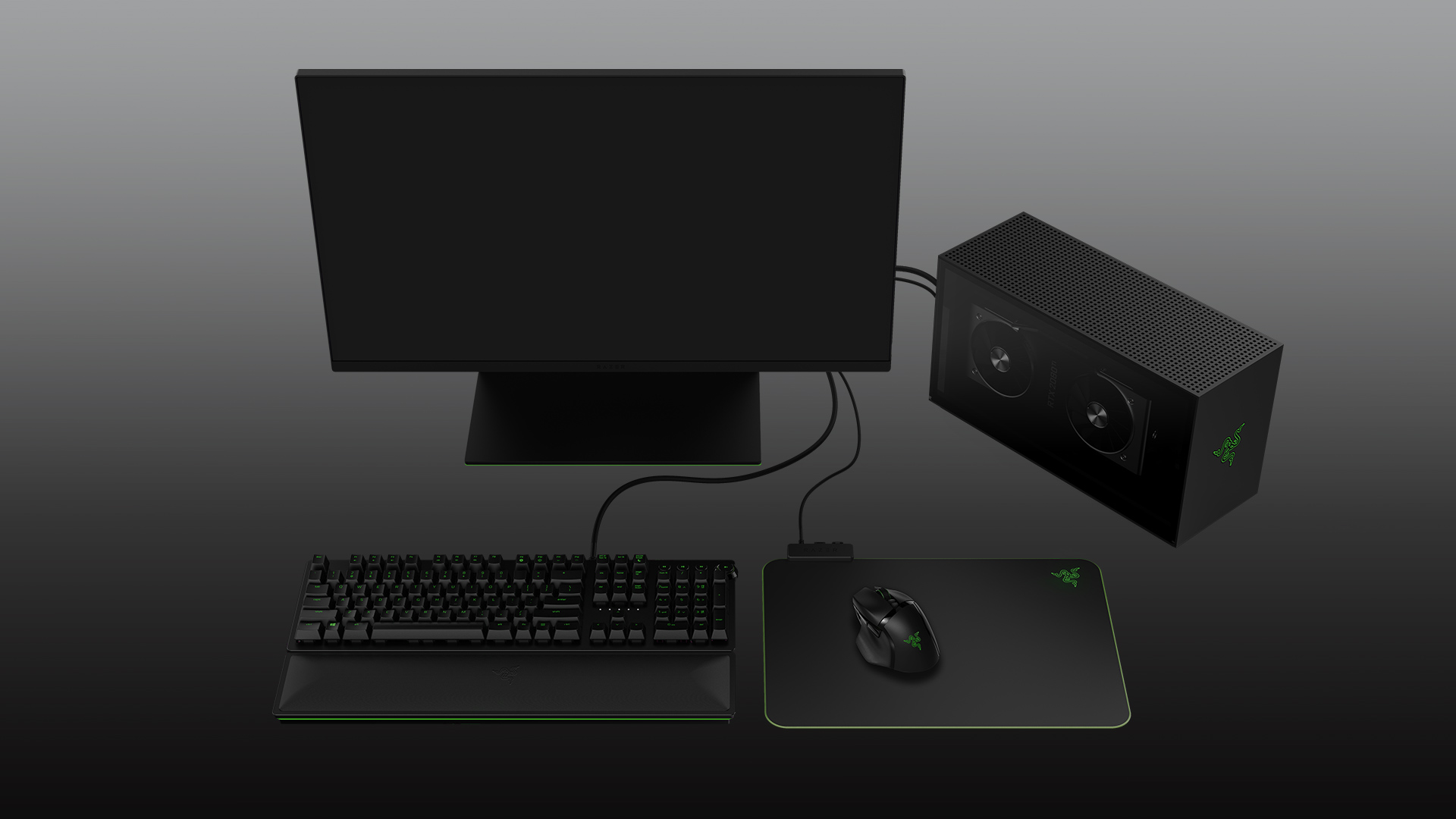 Razer has announced that its first modular PC, the Tomahawk Gaming Desktop, is finally here.

The Razer Tomahawk was first shown off at CES earlier this year, with the company positioning it as a product than can take the hassle out of the PC building process for gamers, professionals and creators.

The PC is built around Intel’s NUC 9 Extreme Compute Element, which contains a 9th-generation Intel Core i9-9980HK processor, 16GB of DDR4 memory and a 512GB SSD. That SSD is supplemented by a 2TB HDD, and some models will also ship with an Nvidia RTX 3080 GPU.

As it’s a modular PC, Razer has made it so all of the components can be easily switched out – all of the internals are attached to a sled mechanism that is  locked into the chassis via a toolless latch handle and slides out easily to provide  quick access.

The chassis itself is made of CNC-milled aluminum with a matte black finish, has dual-sided detachable glass doors and, naturally, has Razer Chroma RGB at the bottom. Razer also boasts that the Tomahawk is much smaller than your average gaming PC.

The Razer Tomahawk Gaming PC is now available to pre-order from Razer’s website, but there’s no word on an official release date just yet.

Best wireless printers of 2021: top picks for printing from your smartphone