A new study from the Amazon predicts the mysterious ‘ghost dogs’ of the Amazon rain forest may face new environmental threat, as deforestation is expected to reduce their natural habitat by 30 percent in 2027.

The study, published in the Royal Society of Open Science, was based on footage captured by an extensive series of cameras set up across 27,000 square miles of Amazonian rainforest to track the behavior of the short-eared dogs.

The researchers compiled information from the surveillance cameras with topographic data from the region tracking the region’s recent deforestation, in the hopes of better understanding how it affected animals living in the region. 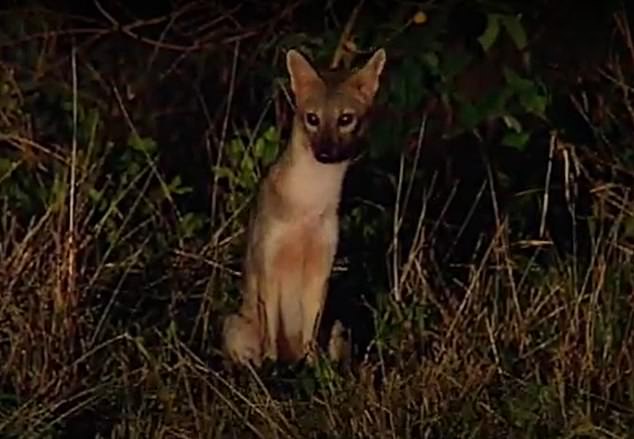 The short-eared dogs of the Amazon, sometimes described as ‘ghost dogs,’ could lose as much as 30 percent of their natural habitat due to deforestation, according to a new study

They found that in some of the hardest hit areas, the short-eared dogs’ natural habitat–mainly the Amazonian rainforests in Brazil, Bolivia, Peru, Colombia, and Ecuador–could decline by as much as 60 percent.

‘Beyond shedding light on the ecology of the short-eared dog and refining its distribution range, our results stress that forest loss poses a serious threat to the conservation of the species in a short time frame,’ the team reports, according to a story in Inverse.

According to the team, short-eared dogs are ‘one of the least studied canids in the world,’ and are currently listed as a threatened species on the International Union for Conservation of Nature’s Red List.

The creatures were first documented in travelers notes dating to 1883, but little direct observation occurred until scientists were able to track and study the creatures in the early 2000s.

The team noted markedly different behavior from the short-eared dogs in regions where there was less dense forrest cover, which hinted at a wider disruptions to the entire ecosystem. 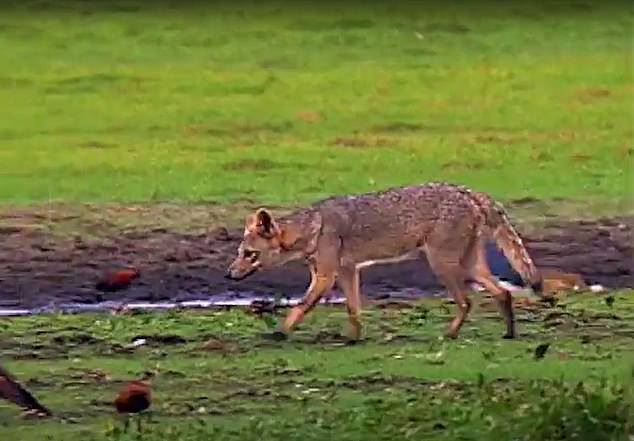 The team used a network of video cameras covering 27,000 square miles of Amazonian rain forest to track the behavior of the short-eared dogs, finding that their behavior changed substantially in regions with less forrest cover 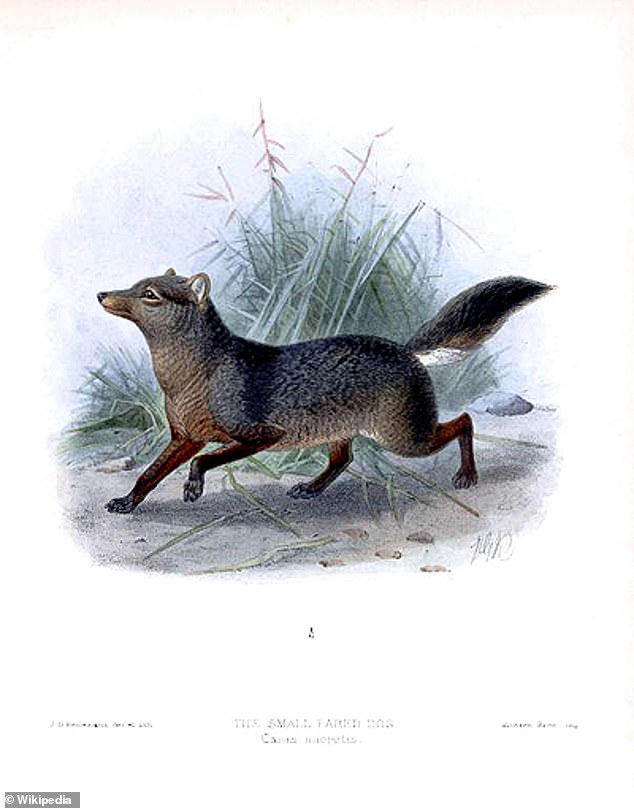 The mysterious animals are ‘one of the least studied canids in the world,’ according to the team. They were first described in travelers notes in 1883, but weren’t formally studied until the early 2000s

Though short-eared dogs’ main food source are small river fish, insects, and other small animals, they eat a substantial amount of fruit and help propagate the forest by distributing seeds in their scat.

With inhibited movement in areas with less forest cover, the effects of deforestation could be even more severe, with less new growth to fill in the deforested terrain.

READ  My wardrobe is bursting with sequins – what does that say about me?

Short-eyed dogs are also a common prey for other animals in the rainforest, including boa constrictors and jaguars, which could face difficulty finding food as deforestation makes their prey more sparsely populated.

In all the team, estimates the effects of deforestation in the region won’t just affect the short-eared dogs but around one quarter of all mammal species in the Amazon.

Does the key to anti-ageing lie in our bones?

Trump is scooping up the world’s remdesivir. It’s a sign of things to come | Devi Sridhar

Its nothing you could imagine — Brockton nurse found herself on...