I play a lot of games. I play some of those games for a long time, and usually, I don’t worry about it. But every now and then, I must force myself to quit, and that’s where I’m at with Hades.

If you don’t know, Hades is a roguelike action role-playing game. That means that your goal is to clear your way through randomly generated dungeons until you reach the end, but death sends you back to the start. Along the way, you’ll earn powerups that are both temporary for that run and permanent for the rest of the game. While you’re unlikely to “beat” the game on the first go, the combination of those upgrades and your own improving skills will eventually get you there.

Hades came out on September 17 for PC and Switch after a couple of years of early access. I didn’t jump in until a couple of weeks after that official launch, picking up the Switch version after hearing friends and colleagues saying nothing but good things. I liked Hades developer Supergiant Games’ debut title, Bastion, a lot. I have also enjoyed roguelikes in the past, like Rogue Legacy and Dead Cells.

But Hades got its hellish hooks in me like no other roguelike before has. Of course, the gamplay is great. The action is responsive, and you get access to different boons and upgrades each run that make each playthrough feel fresh. Character and story, however, set Hades apart from its peers. Its cast of gods and ghosts are charming, funny, and just damn likable. It helps that incredible art and voice acting injects each character with overflowing personality. 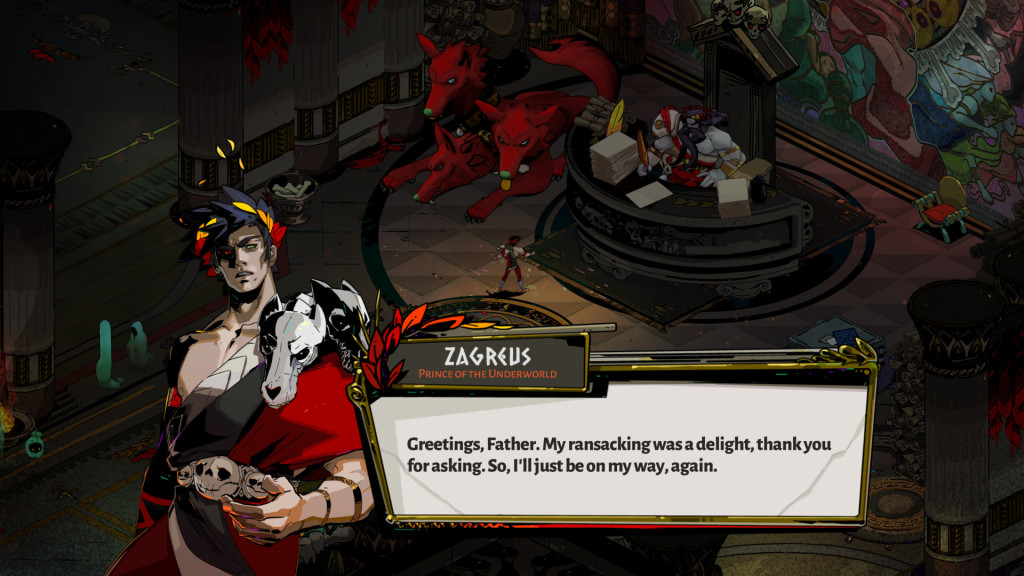 The pacing is what hooked me. For other roguelikes, I’m satisfied after I beat that final boss. Hades kept giving me reasons to play long after that. I mean, long after that. I spent three times as many hours playing through Hades after my first “victory” as I did trying to beat it.

After your first successful run, the game makes it clear that the story is unfinished. You have to beat that final boss several more times before the credits roll. Each time, you learn more about all of those characters that you’ve come to love. Hades also continues to dole out new toys to play with, like weapons and upgrades for your arsenal. You can also spend time gifting your friends nectar and ambrosia, which progresses you through even more story content.

Even after seeing those credits, I wasn’t done. The game then puts you into a sort of epilogue. The story keeps evolving, and you work toward a new goal that has you ascending from the pits of the afterlife several, even dozens, of times more.

And I never felt bored. On the contrary, I grew to love Hades more after every run. Not only was I spending more time with its delightful characters, but I was also beginning to feel like a master of the game. Sure, I had a lot of upgrades at this point, but I attributed my proficiency just as much to experience. I knew every enemy. I understood the patterns of every boss. I learned which boons would give me the biggest advantages. 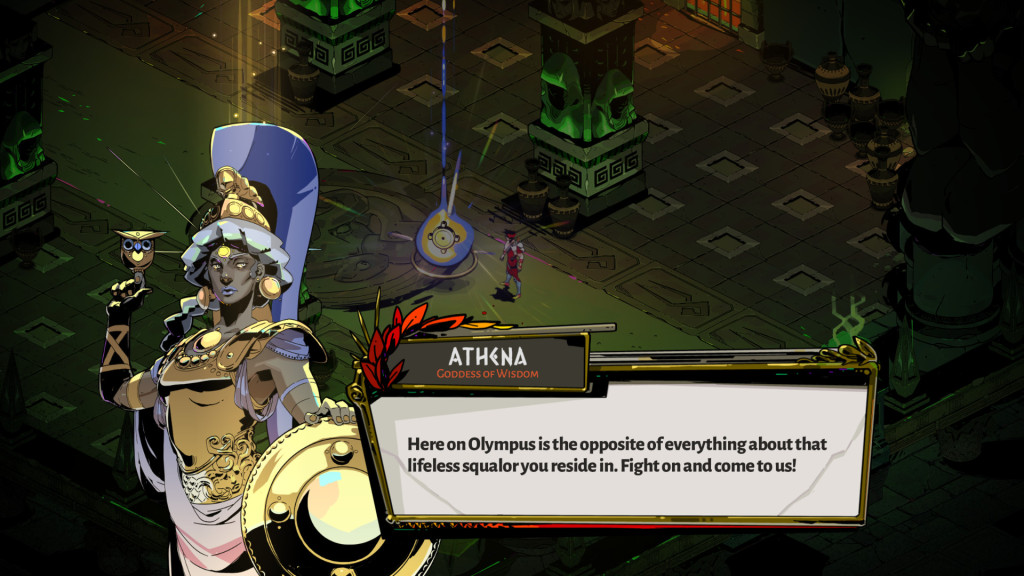 I can’t quit you

At first, I ended every night going through a run or two of Hades, each one taking anywhere no more than 30 minutes. The last several nights, I’ve played through four or five runs. After each one, I’d tell myself I’m done, and then find myself starting another fresh expedition through the underworld.

Last night, I beat that epilogue, and I still want to keep playing. I have a few more character stories to finish. I haven’t upgraded all of my weapons yet. And Hades has a system that lets you increase the difficulty of the game in exchange for more rewards. I want to see just how hard I can push myself.

But I also feel like now is the time to stop. I have now spent over 65 hours with Hades. For some fans, that may seem puny. But I’m starting to feel guilty about spending so much time with one title. My work requires me to up to speed on a lot of different games. Devoting so much time to Hades makes me feel like I’m neglecting other 2020 releases that deserve my attention. I still have to try Crusader Kings III, and I’m hearing a lot of buzz for The Solitaire Conspiracy.

Then there’s my own bad habits. I keep playing Hades right before bed, which is causing me to fall asleep later than I should be.

So, with some regret, I am putting down Hades for now. I’m sure I’ll return. It’s the best roguelike I’ve ever played. It’s one of the best games of 2020. I know that this isn’t a review, but know that Hades has my highest recommendation for anyone who loves action RPGs or just games with fun characters and beautiful art.

But for now, I’m hanging up my sword and sandals.

This Oculus Quest 2 Black Friday deal may not save you money, but you do get a freebie

The DeanBeat: My holiday tech gift guide for the pandemic