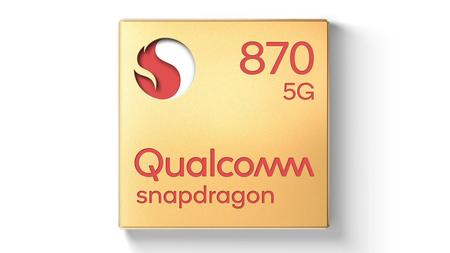 Qualcomm has unveiled a new flagship phone chipset – the Snapdragon 870 – based on 2019’s flagship Snapdragon 865 architecture.

Other components, specs, and features remain identical, so don’t expect Snapdragon 870 phones, whenever they appear, to offer features impossible on 865 models – they just might run a little faster. Think of this as the Snapdragon 865++.

So why does it exist at all? Most likely because manufacturers wanted a new Snapdragon chip with the company’s premium 8-series branding that was more affordable than the Snapdragon 888. That’s the 865’s true flagship successor, unveiled last December, which we’ve already seen in high-end phones including the Xiaomi Mi 11 and Samsung Galaxy S21 series.

“Building upon the success of Snapdragon 865 and 865 Plus, the new Snapdragon 870 was designed to address OEM and mobile industry requirements,” said Kedar Kondap, Qualcomm’s vice president of product management.

It’s likely that the 870 will appear in gaming phones and value flagships that want to prioritise pure performance while still providing value for money – much as the Snapdragon 765G dominated the upper-mid-range market in 2020, and even appeared in flagships including the Pixel 5 and LG Velvet.

Confirmed manufacturers using the Snapdragon 870 include Motorola, iQOO, OnePlus, Oppo, and Xiaomi, with the first phones expected to be announced in Q1 2021 – between now and the end of March.

The 'next generation of Windows' is coming. Should we be excited?

New energy rating system for major appliances: what you need to know

How to watch Paramount Plus in the UK

Next Apple Pencil rumored to get a glossy refresh – CNET