Home Internet Qualcomm Should Be Scared of These 2 Words That Apple Just Uttered...


For much of the past five years, it’s been an open secret that Apple (NASDAQ:AAPL) is developing cellular connectivity technology. Just in case there was any doubt, the Mac maker made that abundantly clear when it acquired the remnants of Intel‘s smartphone modem business for $1 billion. As its key modem supplier, Qualcomm (NASDAQ:QCOM) is very well aware of Apple’s ambitions, particularly as the latter has been aggressively poaching modem engineers from Qualcomm for years. Apple has even set up shop in Qualcomm’s backyard in San Diego. 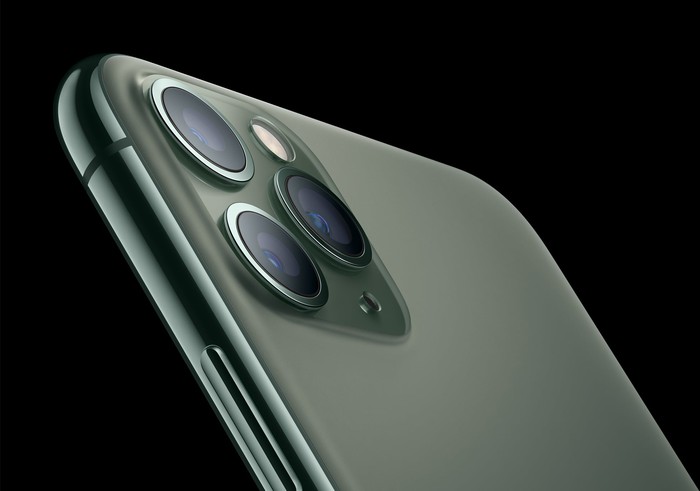 Cellular tech is a “core technology”

“As you know, we purchased the baseband activities from Intel,” CFO Luca Maestri said on the earnings call  last week. “And obviously, we want to develop that technology because we consider it’s a core technology for us.”

The phrase “core technology” is quite loaded when it comes to Apple and is reserved for just a handful of critical areas that underpin the company’s innovation and competitive differentiation. Anything that qualifies as a core technology will typically require many, many years and billions upon billions of dollars of research and development (R&D) investments. Apple has the long-term horizon and the bankroll to fund the internal development of those technologies, even though some of those expensive bets may not even pay off.

Consider a few prominent examples of things that the Cupertino tech behemoth has classified as core technology: autonomous driving systems, augmented reality (AR), or the A-series of processors and other specialized chips. This list is hardly inclusive, but it’s important for investors to recognize how expensive these endeavors really are. Apple might never release a self-driving car or directly monetize AR, but those efforts are still worth exploring.

Apple enjoys arguably the most efficient R&D spending in tech, with those expenses historically accounting for a much smaller proportion of revenue compared to other major tech companies. That percentage has been marching steadily higher in recent years, with Maestri explicitly attributing the greater in-sourcing of core technologies as a primary driver. 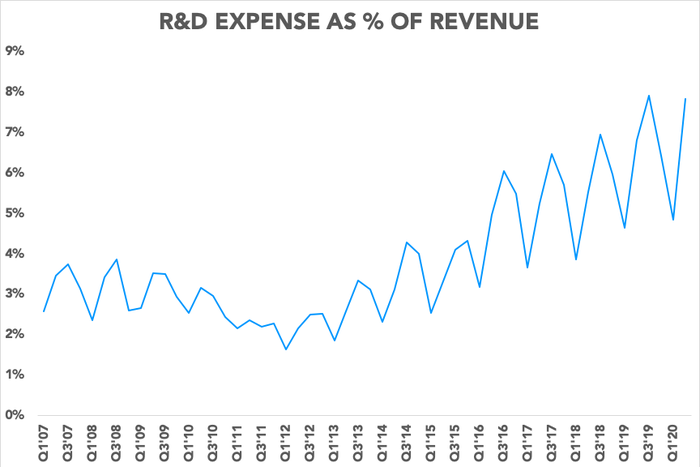 When asked about Apple’s current approach to operating expenses amid the COVID-19 pandemic, Maestri said:

The real question is when Apple’s internally developed modem will be ready to ship. Judging by the six-year timeline implied in Apple’s settlement with Qualcomm last year, the mobile chip giant should still have a few more years of counting on Apple as one of its biggest modem customers, but the writing is on the wall.