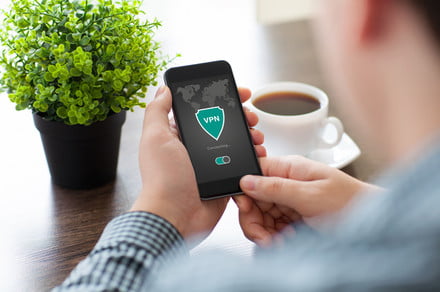 As almost every aspect of our daily lives has become digitized over the past decade, the need for privacy and security is as great as it ever was. Our personal information, online habits, financial data, and more are all logged and stored on computer networks nowadays, and while that has brought with it many amenities and conveniences, it has also introduced risks that we did not have to deal with even 20 years ago.

That’s why it’s a good idea for security- and privacy-conscious people to invest in a good virtual private network. More commonly called VPNs, these virtual private networks shield you from digital threats such as invasive surveillance, online tracking, and data theft, and they’re also useful for side-stepping annoyances like region-locked content restrictions. These are more accessible and affordable than ever in 2020, but with so many cheap VPN now services available, it can be tricky to nail down the right one.

We can help: Below, we’ve gathered up a nice selection of the best VPN deals you can find right now, along with a short guide detailing how these virtual private networks work, what they do to protect you, and why you might need one.

ProtonVPN — As low as $0/month

Switzerland-based ProtonVPN is a newer service and has a unique subscription structure, offering several different VPN tiers that range from $0 for a very basic virtual private network up to to $24 for a professional-grade package (with two tiers between these). The free VPN plan offers one encrypted medium-speed connection at a time with servers in three countries, while the upgraded plans improve speeds and allow for more simultaneous VPN connections. All plans feature full encryption, zero data caps, no logs, and no ads, and all work with popular streaming services like Netflix. ProtonVPN is compatible with Windows, Mac, Linux, and Android devices.

READ  Telstra's knocking AU$120 off some of its SIM plans

Ivacy is one of the most affordable VPNs around, which is impressive enough even if you don’t consider that it’s compatible with virtually all mainstream operating systems, streaming services, and devices (and your subscription covers five of them, including simultaneous encrypted VPN connections for multiple users). It even works in China, in case you ever need that sort of thing. Ivacy’s best cheap VPN plan is the yearly subscription which rings in at just $42 ($3.50 per month).

If you’re looking for a relatively long-term subscription plan, PureVPN is definitely one of the better VPN deals right now, but it doesn’t skimp on features in the slightest. PureVPN runs more than 2,000 worldwide servers, allows up to five simultaneous connections on one account, and is compatible with just about any device, browser, and streaming service. Right now, it’s offering its two-year plan for just $80, which comes to a super-affordable $3.33 per month — a great pick if you’re willing to pay upfront for a cheap VPN service you like and then stick with it for awhile.

ExpressVPN is one of our all-time favorite virtual private networks thanks to its great speeds, ease of use, and unrivaled compatibility with streaming services and devices. That even includes gaming consoles (in fact, it’s easily the best choice on our list if you’re looking for a VPN for this) as well as an app you can install right onto your router if needed. Along with that, you get super-fast speeds with no bandwidth caps or data logs and up to five simultaneous connections. ExpressVPN is a premium service that’s a little more expensive than our cheap VPN options, but if you need that unrivaled device compatibility, then you can score a year’s subscription for $100 right now ($8.32 per month).

You’ve likely heard of NordVPN and that popularity is well-deserved. It’s another one of our favorite virtual private networks as well as one of the best VPN deals available right now. It uses some of the toughest encryption across its 5,000-plus worldwide servers, and it works great with pretty much all computer and mobile operating systems and streaming devices. NordVPN is one of the top-tier VPNs on the market, but it’s currently running a promotion that lets you score yearly plans at a discount, with the cheapest being the $126 three-year plan that comes to a cheap $3.49 per month. One subscription lets you secure up to six of your devices as well.

A beginner’s guide To VPNs

Virtual private networks, or VPNs, are fairly straightforward in how they operate. Their most basic function is to encrypt your internet connection and route it through remote servers run by the VPN provider across various locations (usually multiple countries). This “tunnel” hides your IP address — the unique fingerprint, not entirely unlike a phone number, that shows your general location along with other information — by replacing it with that of the VPN’s server.

By tunneling and encrypting your connection in this manner, a VPN both protects your privacy and keeps your data safe from prying eyes. Even your ISP can’t see what you’re doing, and if by some chance a hacker was somehow able to penetrate this tunnel (highly unlikely), the encryption would prevent any intelligible data from being stolen. That’s not all a VPN does, though; this remote connection also allows you to bypass geographic restrictions such as government censorship, and region-locked content. That means you can say goodbye to those annoying “content not available in your country” error messages.

Virtual private networks are legal in almost every country, including every Western country. A few nations including Russia, China, Iran, and North Korea have banned or restricted the use of VPNs, however, although some may still work in those countries. Also note that while using a VPN to bypass regional restrictions on sites like Netflix and YouTube is not against the law, it does typically violate the terms of service (something to be aware of).

It should go without saying that any activity that is illegal without a VPN is still illegal when using one. Although the best VPN providers often promise that they do not keep logs, there is really no way to be 100% sure of this, and there have been instances of these companies handing over user information to law enforcement during the course of a criminal investigation.

READ  iPhone 12 range might be delayed until next year

The purpose of a VPN is first and foremost to protect your privacy, and while the main way they do this is through encryption and remote server connections, most providers also provide additional features such as ad blocking, online malware protection, and other extras that security-conscious people (exactly the kind who would use a VPN) want.

Do VPNs change your IP?

The short answer is yes, but technically, a VPN is not so much changing your IP as it is masking it. Your own IP address remains the same, but only your VPN (more specifically, the VPN’s server you happened to be connected to) can see it. As you are connecting to other websites and services through the VPN’s server, that server IP is what is seen on the other end of the connection. So long as you are behind your VPN, your IP remains hidden.

So long as you stick with trusted providers like the ones above, you can be sure that your data is safe and that your VPN service is doing what it says it’s doing (and what you’re paying for). VPNs are typically very easy to operate, with intuitive and user-friendly software that leaves little room for error. If you want to be sure, though, then you can always perform a leak test to see that your VPN is set up and working properly.

Looking for more great stuff? Find tech discounts and much more on our curated deals page.

Do your AirPods Pro sound crackly? Apple has a fix for that

Vampire: the Masquerade – Bloodlines 2 is coming to Xbox Series X

Looking for iPhone 11 deals? This one plan is beating the rest

Want a ThinkPad with AMD inside? Ryzen 4000 chips give you more options

The Sony A8H OLED is a 4K HDR TV with smooth, blur-free action – and it's now on sale