It may sound a little odd, but the standout feature of this year’s top premium EV is how much it feels like a combustion-engined car from the same maker. That’s because BMW’s i4 is, in effect, a pure-electric version of the 4 Series Gran Coupé – and that’s a very good thing indeed.

The i4 takes much of what BMW has learned about EVs over more than a decade of selling the i3 and transfers it into an architecture that’s so clever it can support electric cars, hybrids and regular petrol and diesel vehicles. You’ll enjoy smooth, silent running from the electric motors, instant low-down EV punch and, thanks to the 80.7kWh battery, a real-world range of more than 300 miles.

What’s really key here are the dynamics – and the fact that they don’t appear to have been diluted at all in the switch to all-electric motoring. The i4 rides with impressive suppleness, and steers and corners precisely how a BMW should. This, by definition, means that it is far more rewarding on the right road than anything else in the zero-emissions class, even at its slightly elevated price point.

There’s a choice of versions, but while the full-fat, four-wheel-drive M50 has up to 537bhp for short bursts of time, the best mix of performance and range comes from the i4 eDrive40. This model is rear-wheel drive – again, apt for a BMW – and still manages the 0-62mph sprint in less than six seconds, but depending on the trim level you go for, it can travel up to 365 miles between charges.

Inside, there’s a typically strong cabin finish, along with BMW’s impressive infotainment system, while the 470-litre boot has the measure of rival models. It’s just a great all-round electric vehicle – and one that doesn’t require you to make compromises on driving fun.

While the i4 M50 delivers stunning performance, the eDrive40 is hardly sluggish itself, and benefits from a fantastic range of up to 352 miles. Our pick is the M Sport trim; here, after a £6,000 deposit, a three-year PCP deal costs £856 per month.

Our outgoing car of the year is still hugely impressive, and a range of subtle upgrades have sanded down a few of its rougher edges. The Ioniq 5’s polarising styling still makes it stand out in a crowd, but now it has more range and useful features than before.

Another former New Car Awards winner still has enormous appeal. Its bespoke EV packaging is solid, the cabin remains a minimalist tour de force and the Model 3 has prodigious pace. The decision to open up the Supercharger network to all robs it of one of its strongest USPs, though. 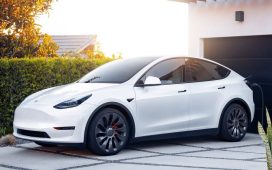 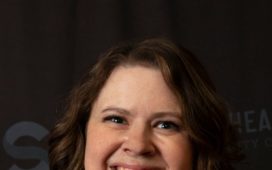