Swedish electric motorbike firm Cake and Polestar have teamed up to launch a second limited edition version of the Cake Makka electric moped.

The Cake Makka Polestar edition was first launched last year, and features a number of bespoke design elements over the standard Makka, including a new headlight design. Most significantly, there is an upgraded suspension system from Ohlins.

While the first edition of the Cake Makka Polestar edition was painted in Polestar Snow matte, the new version features a colour called sky, which was also used for the Polestar O2 Concept, an open-top machine that previews the forthcoming Polestar 6. 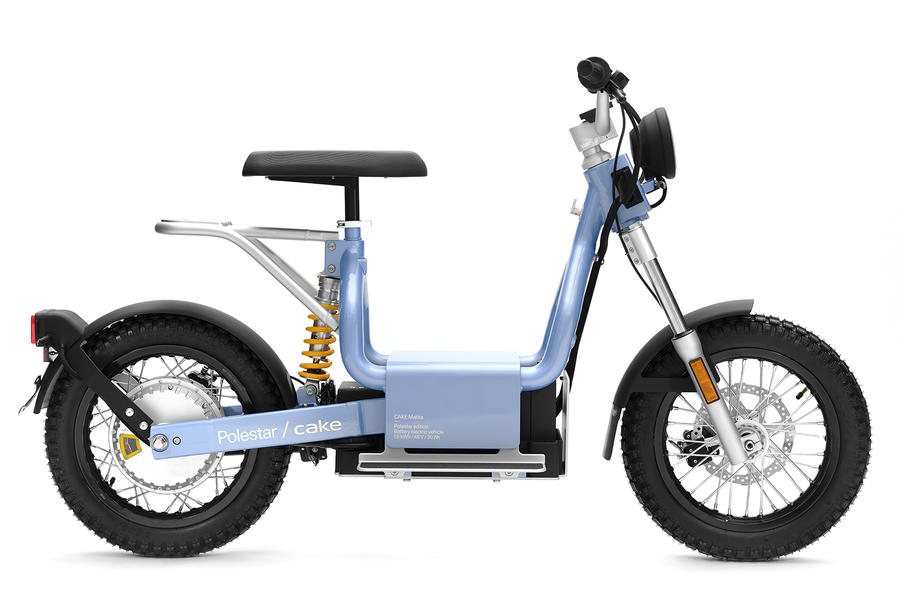 Polestar and Cake have also added a detachable rear carrier, which can be adapted to hold boxes, racks or passenger seats.

The powertrain of the special edition Makka is unchanged from the higher-spec Flex version of the original, with a 2.8kW motor mated to a 1.5 kWh battery, giving the machine a top speed of 28mph with a range of 34 miles.

The latest electric motorbike news in your inbox: sign up for the FREE Move Electric newsletter

The Cake Makka Polestar edition is priced from £4350, compared to £3770 for the Makka Flex.

The new bike is part of an ongoing partnership between the two Swedish firms, and also showcases Polestar’s continued interest in the electric two-wheeled world. Company boss Thomas Ingenlath recently said that the firm is investigating developing its own electric bikes, a move that could put it into further competition with performance rival Porsche. the German firm launched two e-bike joint ventures earlier this year, and is aiming to become a leading developer of motors for the machines.

Driving a Citroën Ami around London: five things we learned

How safe are electric bikes?

Honda to launch more than 10 electric motorbikes by 2030