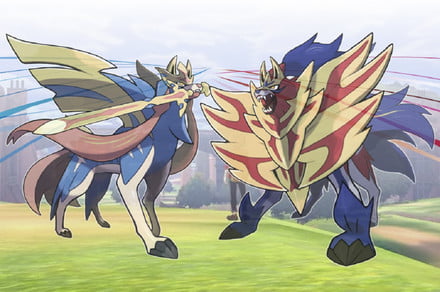 The upcoming Pokémon Sword and Shield expansion will be available in just a couple of weeks, then followed by another one this fall, the Pokémon Company said on Tuesday.

The DLC is set in a newly accessible part of the Galar region called Isle of Armor. In a statement, The Pokémon Company said the region will place players into new kinds of environments, including beaches and sand dunes, and will feature a new dojo for developing new skills that’s helmed by a master named Mustard.

The dojo will have a recycling function called Cram-o-matic. When players feed the Cram-o-matic four different items, it’ll spit out a new, combined item they can use across the region. The Pokémon Company said the Cram-o-matic will produce everything from newly envisioned Poké Balls to PP Ups.

The expansion will feature several new Pokémon, including a hermit crab called Galarian Slowbro, the Gigantamax Venusaur, and the Gigantamax Blastoise, among others.

The Isle of Armor will also offer several new “adventuring features,” including tutor moves that will allow you to teach your Pokémon new skills in return for a new substance called Armorite Ore, which you’ll find in Max Raid Battles. The game will also deliver a fire-type move called Burning Jealousy that damages every opposing Pokémon in a battle.

One other tidbit: The Isle of Armor will have a new dish called Max Soup that, if consumed, will allow any Pokémon to become “capable of Gigantamaxing.”

READ  The next chapter of Indigenous representation in video games - Polygon

The upcoming expansion pass is available in Nintendo’s eShop for $30. It’ll give you access to both The Isle of Armor and The Crown Tundra.

Ghost of Tsushima, Paper Mario, and Other Exciting Games Coming Out in July – Wccftech

This CES Award-Winning Battery Can Jump-Start Your Car and Charge Your...