Cyber Week is here! The best deals are not always on Amazon. The prices shown above are the best available right now, though you may need to buy quickly as some deals will sell out.

Plugable has a new flagship Thunderbolt 3 (T3) docking station, the TBT3-UDZ, which is compatible with both USB-C and Thunderbolt 3.

This dual-connector support is thanks to the latest Titan Ridge chipset, which we’ve seen in a few of our favourite T3 docks.

It will also be compatible with 40Gbps USB 4, when that rolls out.

The Mac and Windows-compatible TBT3-UDZ features an impressive 14 ports, many of them high-performance, such as the 10Gbps USB-A and USB-C ports at the front of the dock.

This slim docking station can be laid flat horizontally or stand upright vertically, and there’s a weighty stand in the box for added stability.

With a dock, you can connect to multiple devices with just one cable (Plugable supplies a 0.8m T3 cable that will also work with USB-C), including external displays, hard drives, printers, and memory cards. 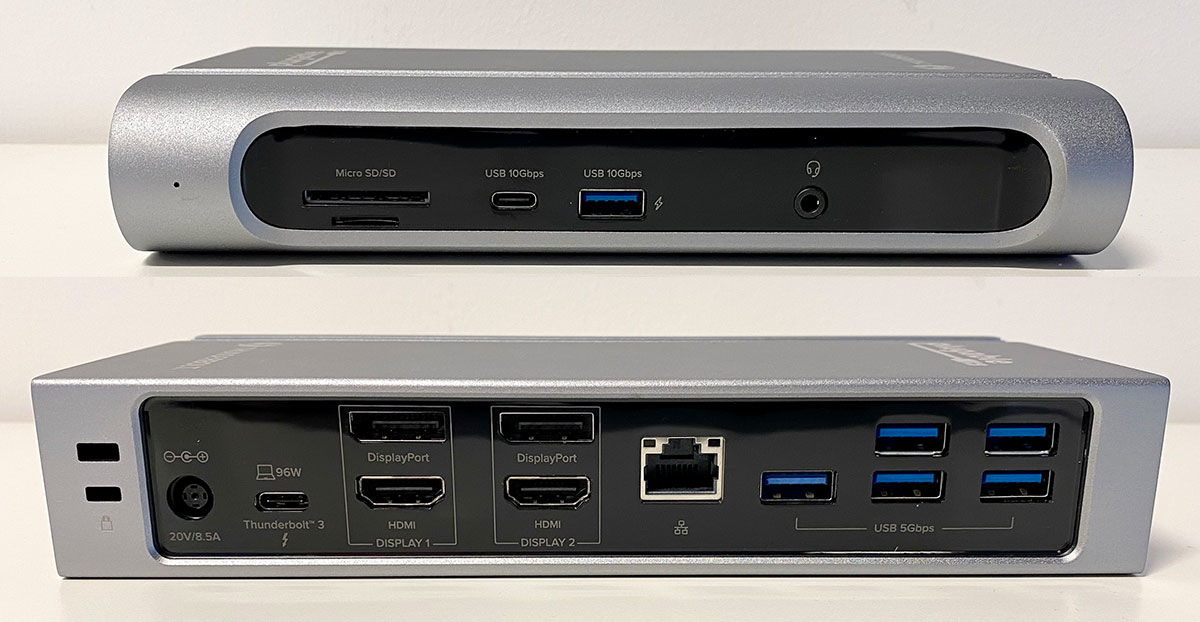 What is really special about this dock, aside from the fast ports and USB-C compatibility, is the inclusion of two ports each for DisplayPort and HDMI, which we haven’t seen on any other Thunderbolt 3 or USB-C docks we have tested.

READ  Apple AirTags: Will we finally get the tracker tech at next week's event? - CNET

This gives you maximum flexibility for running up to two external displays from a Thunderbolt 3 host – including 4K (4096×2160) at 60Hz – without needing adapters if your monitor isn’t HDMI or DisplayPort.

We should note that Apple’s latest M1-based MacBooks (with non-Intel processors) support only a single external display. Intel MacBooks have full dual-display capabilities.

Also, some Thunderbolt 3 Windows laptops don’t support dual 4K displays. Check with your laptop manufacturer if you are unsure.

This dock has seven USB ports, five of them old-school USB-A at 5Gbps. This should be enough for anyone, even if they still use a wired keyboard and mouse and want to connect to memory sticks, printers, and hard drives.

The front-facing USB-A port is rated at an even faster 10Gbps, which is not that common on docking stations but will surely become the norm in 2021. Also on the front is a 10Gbps USB-C port.

There’s just the one 40Gbps Thunderbolt 3 port at the back, which is for connecting to the host laptop or PC. USB-C laptops also use this port, but don’t feel the joy of the higher bandwidth.

Note that with just the one T3 port, you won’t be able to daisy-chain multiple T3 devices.

Thanks for the memory

The TBT3-UDZ has both SD and microSD Card readers at its front.

These aren’t just for photographers, but allow anyone to add inexpensive and highly portable backup storage, up to 1TB.

USB-C has a maximum power delivery limit of 96W, and this dock can handle laptops – such as Apple’s 16in MacBook Pro – that are rated at that wattage, which is the highest we’ve seen in a USB-C dock.

This puts it at around the same price as other hybrid Titan Ridge USB-C/T3 docking stations, such as the Caldigit USB-C Pro Dock, and cheaper than the Belkin Thunderbolt 3 Dock Pro.

Where it wins is its number of ports, including high-performance options and display connection flexibility.

It also charges the laptop at 96W, which will mean faster powering times than with the other 85W docks.

Its only real downside is the lack of a second T3 port, which the Belkin dock does boast.

If you’re not planning on connecting another Thunderbolt 3 device, the TBT3-UDZ is our recommended Titan Ridge docking station. If you do, then consider the Belkin dock – although you’ll need that port (and an adapter) if you want to add a second external display.

There are cheaper Thunderbolt 3 docks, such as the Caldigit TS3 Plus, but these don’t have the backwards compatibility with USB-C laptops. See also, our roundup of the best USB-C docks.

READ  A universal iOS 13.5 jailbreak is on the way, unc0ver confirms 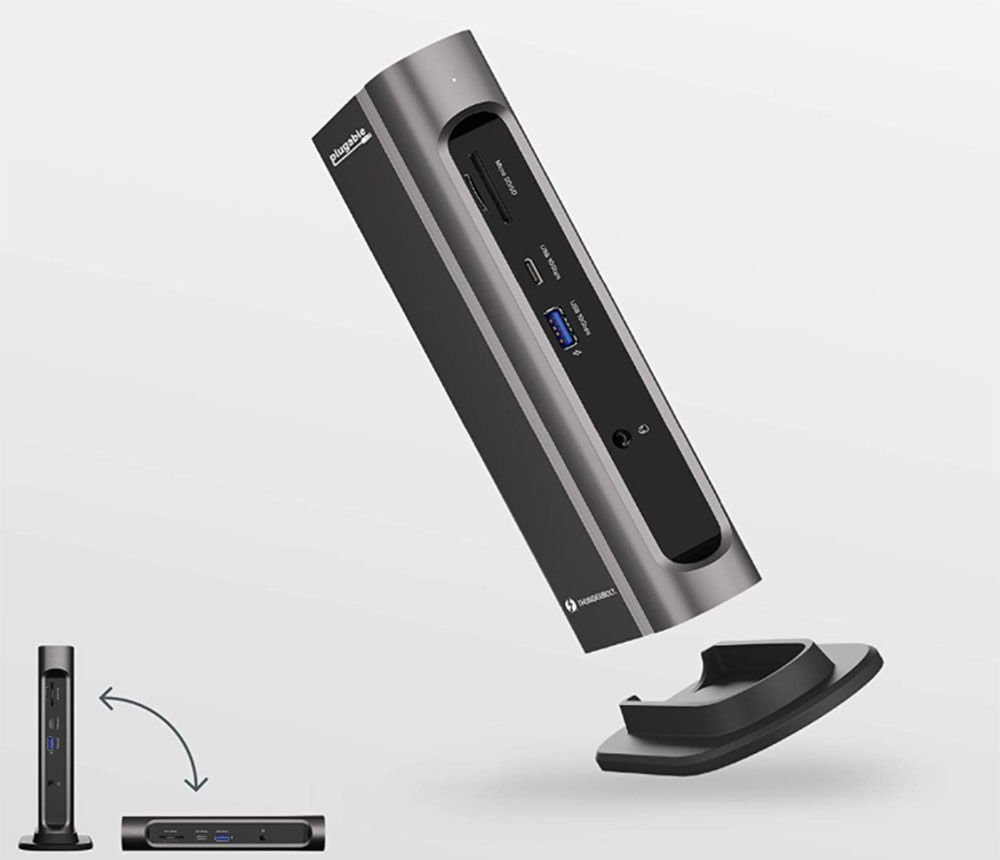 Compatible with both Thunderbolt 3 and USB-C laptops, the Plugable TBT3-UDZ Thunderbolt 3 Dock is an excellent solution for hot-desking office spaces, or homes with a mix of technologies, removing any connection confusion.

We love the inclusion of two of each HDMI and DisplayPort connections (for up to two external 60Hz 4K displays), as this is another flexibility win.

The 10GBps USB-A and USB-C ports and 96W charging are also great features that put this dock at the top.

Apple issues new warning: Keep your iPhone 6 inches away from your pacemaker – CNN