Investigations into South Australia’s recent coronavirus outbreak have centred on a worker at a suburban pizza bar.

But the story has changed and evolved several times, as more information has come to light and previous claims have been called into question.

The matter is now being investigated by a 36-person group formed by SA Police — Taskforce Protect — which includes members of the state’s Serious Crime Taskforce and Major Crime, assisted by the Director of Public Prosecutions.

So, what sparked such a serious probe?

The man who was the main focus of detectives is a 36-year-old Spanish national in Australia on a temporary graduate’s visa, who “misled” contact tracers during initial interviews.

Late last week, authorities confirmed he had worked at the Stamford medi-hotel in Adelaide’s CBD, as well as the Woodville Pizza Bar in Adelaide’s north-western suburbs — at which a Peppers Waymouth medi-hotel security guard who tested positive to COVID-19 had also worked.

Yesterday, Police Commissioner Grant Stevens revealed the man was not the only person to have “lied” to authorities.

“I think it’s fair to suggest that the individual who contracted [COVID-19], who also worked in the pizza bar, is not the only person that has not been truthful with us,” Commissioner Stevens said.

Detectives have also combed through 400 hours of CCTV, much of which was filmed at Peppers Waymouth Hotel, to help contact tracing efforts and also look at what happened in the hotel.

But Assistant Commissioner Harvey refused to give more information about the two additional people’s roles.

LIVE UPDATES: Read our blog for the latest news on the COVID-19 pandemic.

What did the pizza bar worker tell authorities?

The pizza bar was declared a coronavirus hotspot by SA Health late on Tuesday night.

On Friday, a “fuming” Premier Steven Marshall said the pizza worker had initially told contact tracers he had only purchased a pizza from the shop.

That information prompted health authorities to suspect he had caught the virus during the short period of time he was in the store to collect the pizza, or off the pizza box itself, making Chief Health Officer Nicola Spurrier worry SA’s outbreak was more virulent than it actually was.

The false information was, Mr Marshall said, “the straw that broke the camel’s back”, leading to the strictest lockdown on any Australian state or territory during the pandemic being implemented in SA.

During the “circuit breaker” lockdown, contact tracers continued to investigate the COVID-19 outbreak.

It was during these investigations that the team discovered the man had actually worked at the pizza bar across several shifts — dramatically increasing his exposure to the Peppers medi-hotel worker, and therefore, the virus.

“We know now that they lied. To say that I’m fuming is an understatement, we’re absolutely livid about the actions of this individual,” Mr Marshall said on Friday.

“I will not let the disgraceful conduct of a single individual keep SA in these circuit breaker conditions one day longer than what is necessary.”

What have police said?

Despite Commissioner Stevens saying on Friday morning the pizza worker would not be fined or charged for his actions, by Friday evening he had announced the formation of Taskforce Protect.

Assistant Commissioner Harvey said the taskforce was looking at numerous pieces of legislation which may have been breached, including criminal law, the Emergency Management Act, or The Public Health Act.

He would not comment on “any other behaviour that may be alleged or suspected” in relation to the owner or managers of the pizza bar.

During his update on the taskforce’s progress yesterday, Assistant Commissioner Harvey said there was no presumption of guilt about the actions of those associated with the pizza bar.

“The taskforce is formed for the purpose of looking at acts or omissions that may or may not have amounted to a lie, that may have influenced decisions in this state,” he said.

“There is no presumption here of guilt.

“We’ll then see if there’s a charge to be laid.”

He said detectives had now seized mobile phones, a laptop and a hard drive which were “directly related to the person of interest”.

The short answer is yes.

After the man’s “lie” was exposed on Friday, SA Health authorities scrambled to get in touch with his list of close contacts and make sure they were in isolation.

Assistant Commissioner Harvey said as his taskforce discovered new names that were potentially linked to the outbreak, and that they were passing them on to contact tracing teams.

Professor Spurrier described the level of work being done to find everyone linked to the cluster as “contact tracing on steroids”, with more than 77,000 tests being carried out in the week since the outbreak was announced. 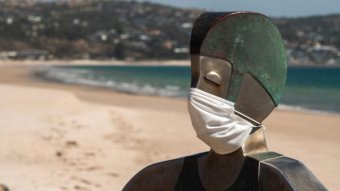 More than 4,000 people are quarantining and one person — a man in his 30s — remains in hospital.

Professor Spurrier yesterday said the pizza bar worker was being offered mental health support as he quarantined in a medi-hotel.

Although she was disappointed by the man providing false information, she said there were “different ways” of looking at things.

“That person, as far as … I understand, is very regretful, and we do need to put those supports in place for them,” Professor Spurrier said.

“There are always things that could have been happening in somebody’s life [and] there’s always a different way of looking at things in different perspective.”

What you need to know about coronavirus:

President Trump's legacy: A love-hate relationship with tech that blew up in his face – CNET

Honor is working on a new line of smartphones with Google...