This comparison will be quite interesting, as these two devices are somewhat similar in a number of ways. There are some differences here, of course, as the Galaxy Note 20 Ultra is a more premium phone. It may not be for everyone, though. We’ll compare these two phones across a number of categories in this article.

First and foremost, we’ll list their specifications. Follow that, you’ll get to see the design comparison between the two devices. After that, we’ll move to the display, performance, battery, cameras, and audio sections as well. That being said, let’s get started, let’s compare the Samsung Galaxy Note 20 Ultra vs Galaxy S20+.

Both of these phones are made out of metal and glass. As a result of that, both of them are quite slippery. Chances are you’ll want to use a case with both of these devices. The Galaxy Note 20 Ultra is the larger phone of the two, and therefore even more difficult to operate with one hand.

The Galaxy S20+ is not that much smaller, but there is a noticeable difference, though that handset is not exactly small either. The bottom line is, they’re both nicely-designed, and have a lot to offer in that regard. The only question is do you prefer larger or smaller devices, and which design approach do you prefer.

Both of these phones have fairly large displays. The Galaxy Note 20 Ultra comes with a huge 6.9-inch QHD+ Dynamic AMOLED 2X display. The Galaxy S20+, on the other hand, offers a 6.7-inch QHD+ Dynamic AMOLED 2X display. Both of those displays support 120Hz refresh rate, but only up to fullHD+ resolution. If you opt to go QHD+, you’ll have to revert to 60Hz refresh rate, at least for now.

You don’t have anything to worry about when it comes to performance. Both phones excel in that regard, though do note that their Snapdragon variants do perform better than their Exynos counterparts. Both phones can run pretty much anything you throw at them, with ease. No matter if we’re talking multitasking, opening apps, consuming multimedia, or hardcore gaming. These two phones are up for anything.

Android 10 comes pre-installed on both phones, with Samsung’s custom skin. Samsung did a really good job when it comes to optimizing One UI on these two phones, so the performance is a non-issue, that’s for sure. We cannot predict what will happen down the road, but at the moment, these two handsets are great performers.

What I’m trying to say is, you’ll get similar battery life out of these two phones. Your results will depend on how you use your phone, of course. You should, however, be able to get over 6 hours of screen on time if you’re not a gamer or something of the sort. Some usage patterns drain the battery a lot more than others, so this is not something we can predict for your usage case, all we can do is comment on what we’ve seen / experienced.

What about the cameras? Well, you’ll be glad to know that Samsung managed to fix some of the issues that the Galaxy S20 Ultra had with the Galaxy Note 20 Ultra. Both of those phones have a 108-megapixel main camera, but the ‘Ultra’ does not have focusing issues, or anything of the sort. This is still not the best camera in the market, but it’s not far from it. It can take some great-looking photos in all conditions, pretty much, while its 50x zoom capability is also rather useful. 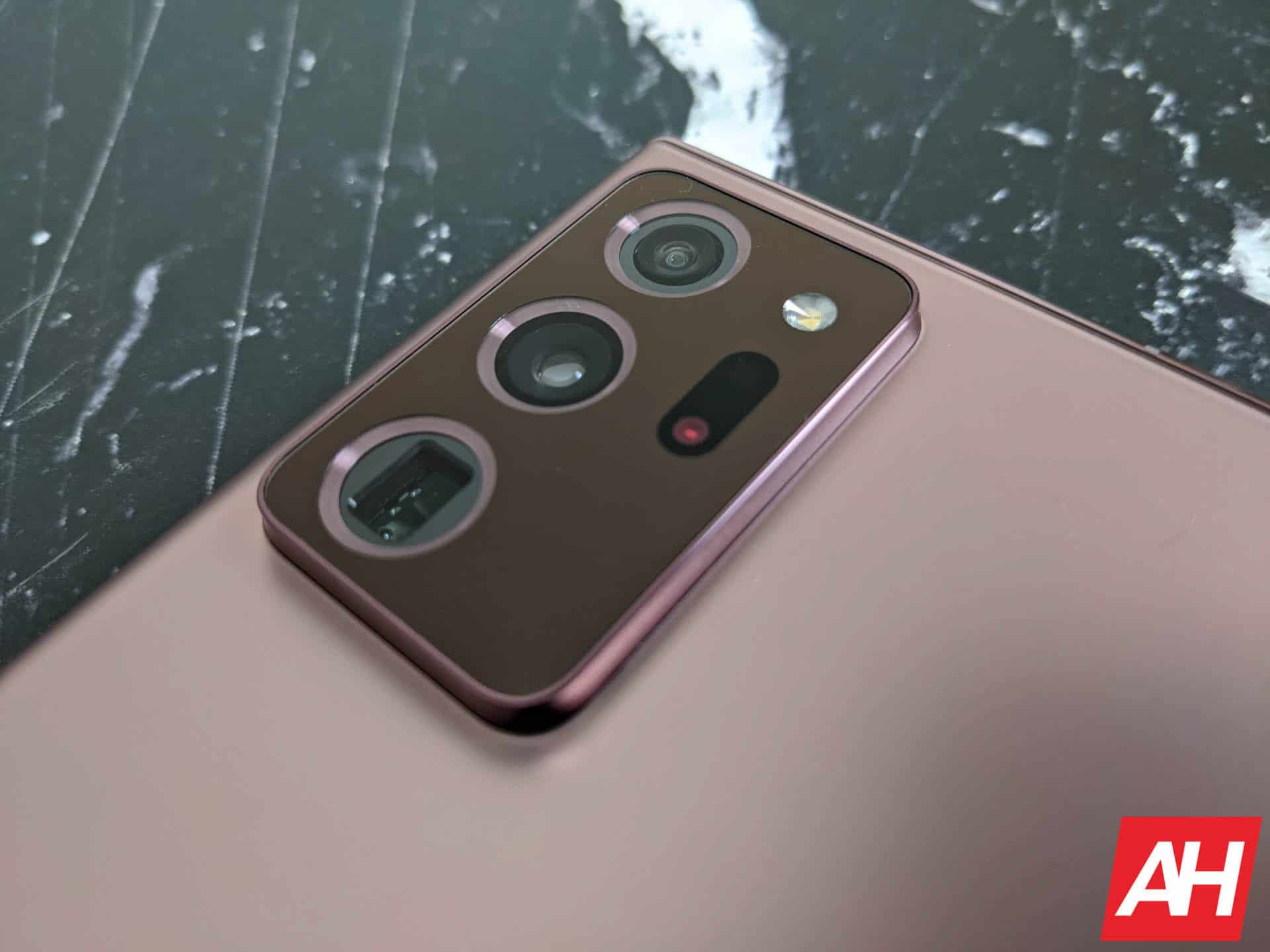 The Galaxy S20+ is also great in regards to the camera, but it doesn’t have that periscope lens. Still, the pictures it takes are also very vibrant, with great detail and dynamic range. The Galaxy Note 20 Ultra does pull ahead when it comes to detail, though. Both phones provide pictures that are a tad unrealistic side, but they look really good because of it. Samsung managed to do a great job when it comes to fine-tuning these cameras.

In terms of audio, these two phones are extremely similar. Both offer speakers tuned by AKG, and we’re looking at two speakers on both phones. The main one is located at the bottom, while the secondary one sits above the display. The audio is really good. Those speakers do get loud, and the distortion is really minimal at the highest of volumes. They’re really solid speakers not many people will have complaints about.

The sound via a pair of solid pair of headphones is really good as well. Both phones offer really good sound across the spectrum, and the bass is not too heavy as on some other phones. The highs and mids are especially good on both phones, but lows are not bad either. All in all, audio is really well-balanced.

READ  [Deal] Save up to 58% on these Aukey accessories