In this article, we’ll compare the OnePlus 9 vs Samsung Galaxy S20 FE. The OnePlus 9 is one of OnePlus’ new flagships, the more affordable ones. The Galaxy S20 FE is a generation behind the OnePlus 9, technically, but it’s still more than a viable option. Comparing these two phones does make a lot of sense, as their price tags are not entirely different, and they are similar in terms of size.

Both of them are trying to offer a flagship-grade experience on a budget, in a way. Still, neither of them is particularly affordable. In this article, we’ll compare the two phones across a number of categories, as we usually do. We’ll kick things off by listing their specifications, and then more to the design, display, performance, battery, cameras, and audio sections. That being said, let’s kick off the OnePlus 9 vs Samsung Galaxy S20 FE comparison, shall we.

When it comes to the design, these two phones are somewhat similar, though it’s easy to tell them apart. They do feel somewhat similar in the hand, as they’re similar in terms of size, and weight. Both phones feature flat displays, and have rather thin bezels. They’re both curved on the back, and their rear camera setups are placed in the same spot, the top-left corner on the back. 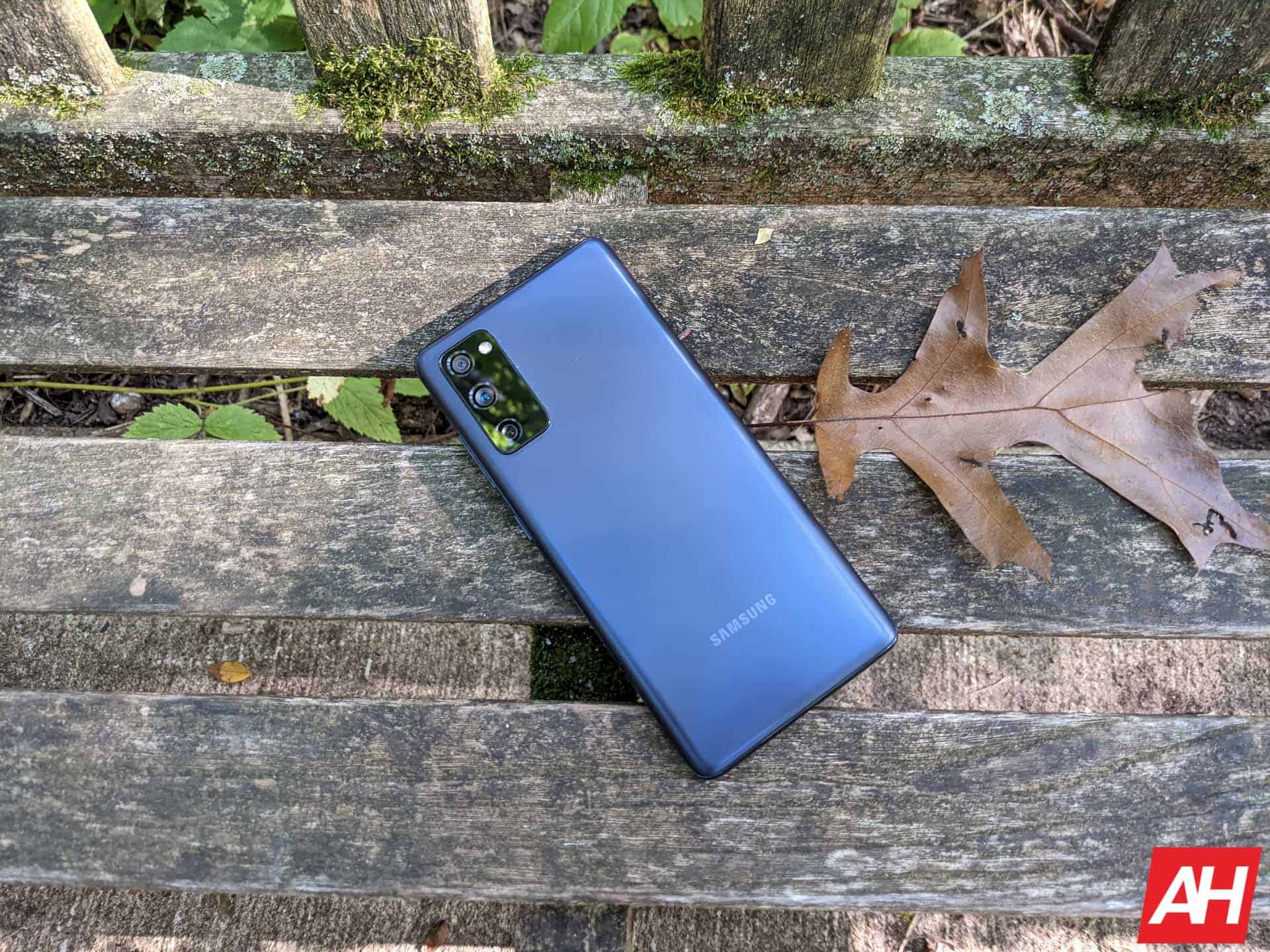 The OnePlus 9 sports a display camera hole in the top-left corner of its display. The Galaxy S20 FE, on the other hand, has one at the top as well, but it’s centered. Their respective company brandings are placed on the back. The OnePlus 9 is slightly taller and thicker than the Galaxy S20 FE, but it’s also slightly narrower. The two phones are approximately the same size, though, and even have almost the same-sized display.

The OnePlus 9 features a frame made out of plastic, and comes with a glass back. The Galaxy S20 FE, on the other hand, has a frame made out of metal, and a plastic backplate. When it comes to in-hand feel, they both feel really good. They’re not small by any means, but are not as large as some of their siblings either. Neither phone is great for one-hand use, and both are quite slippery, but are comfortable to use regardless. The weight distribution is also quite good on both phones.

As already mentioned, the two phones have displays that are similar in terms of size. The OnePlus 9 comes with a 6.55-inch fullHD+ (2400 x 1080) Fluid AMOLED display. That display is flat, and it offers a 120Hz refresh rate. It is protected by the Gorilla Glass 5. This panel does support HDR10+ content, and it can get quite bright, at 1,100 nits max brightness. This is an LTPS panel, by the way, it does not offer an adaptive refresh rate.

The Galaxy S20 FE, on the other hand, sports a 6.5-inch fullHD+ (2400 x 1080) Super AMOLED display. That panel is also flat, and it supports a 120Hz refresh rate. Much like the OnePlus 9’s display, this is also an LTPS panel, and it does not support an adaptive refresh rate. The Galaxy S20 FE does support HDR10+ content, much like the OnePlus 9. This display can also get quite bright when needed. These two displays are actually kind of similar based on what they offer.

When it comes to real-life usage, both are excellent. They offer really vivid colors, with those deep blacks you’d expect out of AMOLED displays. The viewing angles on both displays are excellent as well. They do get more than bright enough outdoors, and are extremely fluid thanks to their high refresh rates. Touch responsiveness is also quite good, and they’re more than sharp enough. To be quite honest, there’s really not much to complain about when it comes to these displays.

When it comes to performance, the two devices are pretty much on par as well. The OnePlus 9 is a more powerful device on paper, there’s no doubt about that. It comes with a more powerful processor, and it also offers faster RAM than the Galaxy S20 FE. That is not something you’ll notice in regular usage, though. The Snapdragon 888 is more powerful than the Snapdragon 865, but they’ll feel more or less the same in day-to-day use.

Where you may see the difference is in gaming. The OnePlus 9 will load games faster, for example, but when it comes to gaming itself, both phones will perform about the same. Both of those chips are more than powerful enough to push any game in the Play Store without a problem. In regular, day-to-day usage, both phones are extremely fast and fluid, no matter what you’re doing.

They can open and close apps really fast, and the same goes for multitasking. Consuming multimedia is a joy on those displays, and the same goes for browsing, as scrolling is extremely smooth. Taking pictures and videos is also a joy to do on both, and so on. They’re about the same in day-to-day performance, and we didn’t notice any lag on either phone. A hiccup here and there can happen, but that’s not something that should bother you, or something you’ll specifically notice.

What can you expect in terms of battery life? Well, in our testing, both phones are capable of crossing that 6-hour screen-on-time barrier. Do note that if you’re a gamer, or push the SoC to the max in any other way, you probably won’t be able to reach 6 hours of screen-on-time. Both phones can cross that mark, and still have some juice left. Your usage may be considerably different from ours, so keep that in mind. Your mileage may vary. The point is, both of these phones offer good battery life.

Both of these phones include three cameras, though their camera setups are considerably different. The OnePlus 9 comes without a dedicated telephoto camera, unlike the Galaxy S20 FE. On the flip side, the OnePlus 9 has a great ultra-wide camera, and feature much larger main and ultra-wide camera sensors than the Galaxy S20 FE. That doesn’t necessarily has to mean anything, but it’s worth noting. 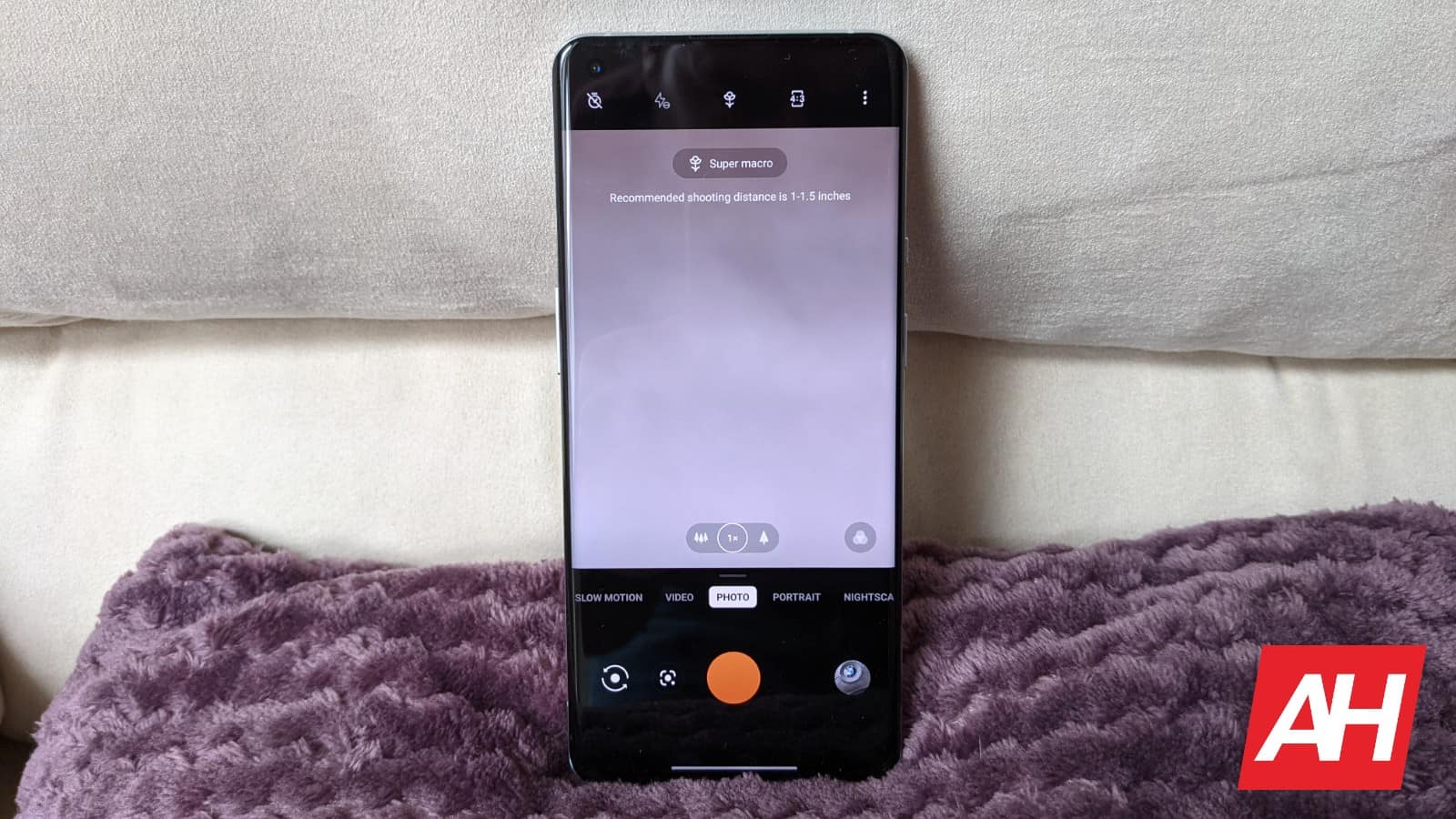 So, are they any good? Well, both phones are good at taking pictures, though they’re not amongst the best in the market. The OnePlus 9 is too inconsistent, and needs more polish from the software side of things. It also doesn’t really shine in low light. It can sometimes mess up the white balance, though that doesn’t always happen. Inconsistency is its main issue. Its ultra-wide camera is excellent, even though that aspect needs a bit of polish as well.

The Galaxy S20, on the other hand, includes two 12-megapixel cameras for its main and ultra-wide unit, and an 8-megapixel telephoto camera. Images coming from the device look really good, though they can be a bit oversaturated at times. The telephoto camera is not excellent, especially in low light, but in good lighting, it does a good job. The ultra-wide camera is also quite good. The main camera does not have as many issues as the unit on the OnePlus 9, but the oversaturation can be an issue at times.

Both of these phones include a stereo speaker setup. The main speaker is placed at the bottom on both phones, while the secondary is located above the display. The Galaxy S20 FE’s audio setup is tuned by AKG, and it does look a bit better on paper. In practice, however, both setups are quite good. Both phones can provide rather sharp and loud sound, with minimal distortion at the highest of volumes.

The sound is well balanced, and that goes for both the speakers, and the sound via a good pair of headphones. Both phones are a bit light on bass, but that is to be expected. Neither of them includes a 3.5mm headphone jack, though, so do note that you’ll either need a dongle, or a Bluetooth pair of headphones. Both devices deliver in the audio department, though they do not offer anything spectacular in that regard.

READ  Samsung’s new Galaxy A52 and A72 boast a sleeker design, AMOLED displays, and water-resistance

Oppo Find X3 will get three years of security updates

Qualcomm security flaw could allow hackers to listen to your calls, millions of Android phones are affected

Chinese rocket tracker: Crash time UPDATED – when will out of...