Continuing with the Stellantis theme of showing concept cars that preview each respective brand’s future, Peugeot has brought its Inception concept to CES. And it’s beautiful. It’s yet another reason we’re annoyed that we aren’t getting Peugeots in the U.S.

The car is a really low sedan, sized similarly to a midsize family car. It’s a simple overall shape with long, sharp lines down the sides and on the windshield. It gives the car a classic rear-drive proportion from the side, but that’s something of an illusion, as the windshield continues basically to the floor, and an aerodynamic bridge across the front (a bit like that on the Charger Daytona) gives the look of more traditional hood. The dramatically swept-back rear section adds to the rear-biased look. 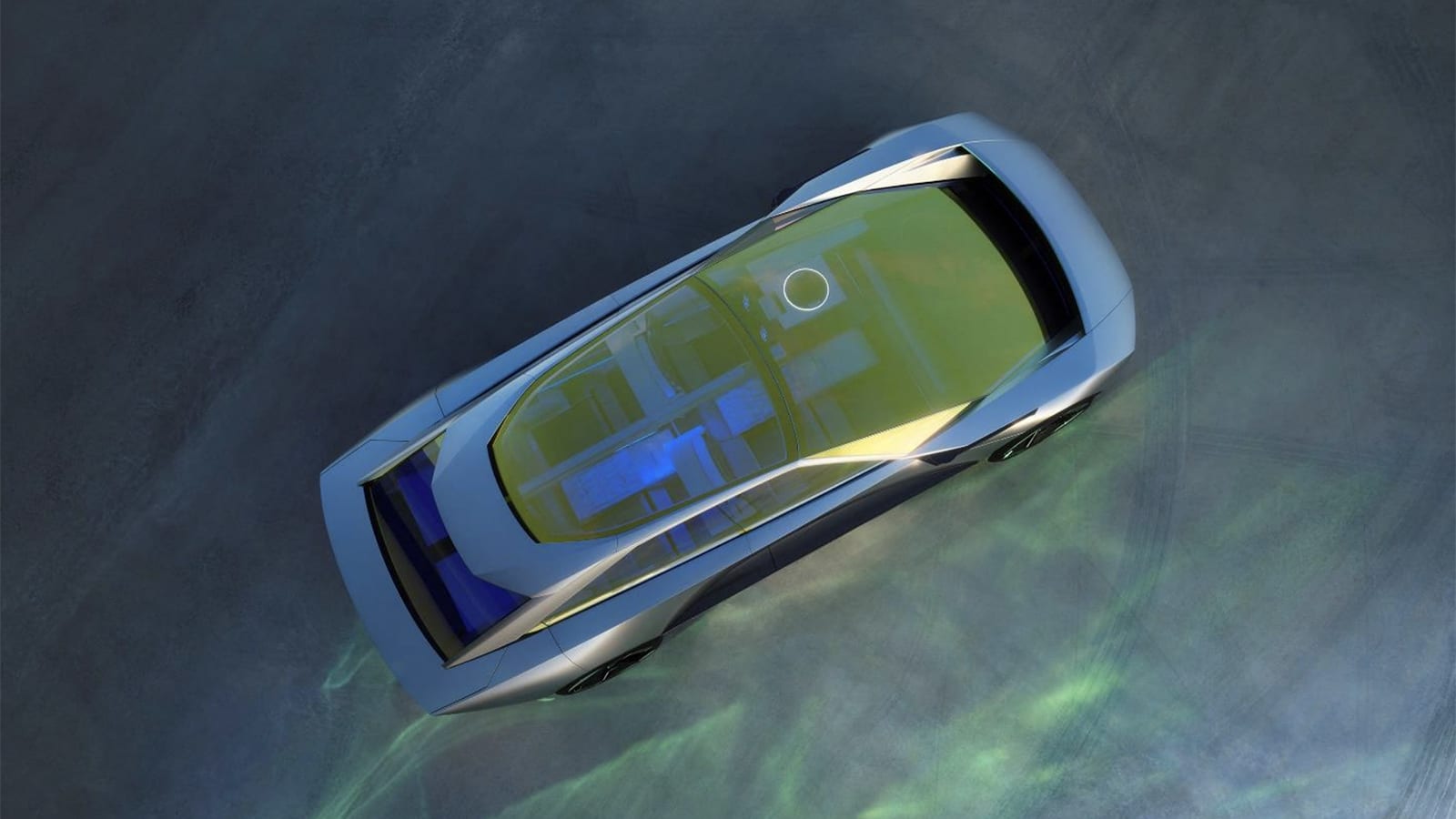 There are neat details the closer you look. The Inception’s claw-like daytime running lights are incorporated into one wide glass panel that hides the front driver assist sensors. The taillights echo the front, and they’re fitted in infinity glass to make them look as though they extend deep into the car. The enormous glass panels have a gold multi-chrome finish for a distinct look that also reflects light and heat. And the wheels and some of the trim are made partly from recycled polyester fibers molded in resin.

The interior is borderline brutalist in its design, with blocky, plain panels. The seats are basically in the floor, and each section adjusts for an ideal driver fit. The dashboard is only in front of the driver in order to keep the cockpit as airy as possible. All the controls for the stereo, climate control and more have been consolidated on the rectangular steering wheel called “Hypersquare.” The idea is that all those items can be controlled with your thumbs so you don’t have to take your hands off the wheel. The wheel is also steer-by-wire, again to make the front more airy. Apparently Peugeot wants to implement this system in a car by the end of the decade. 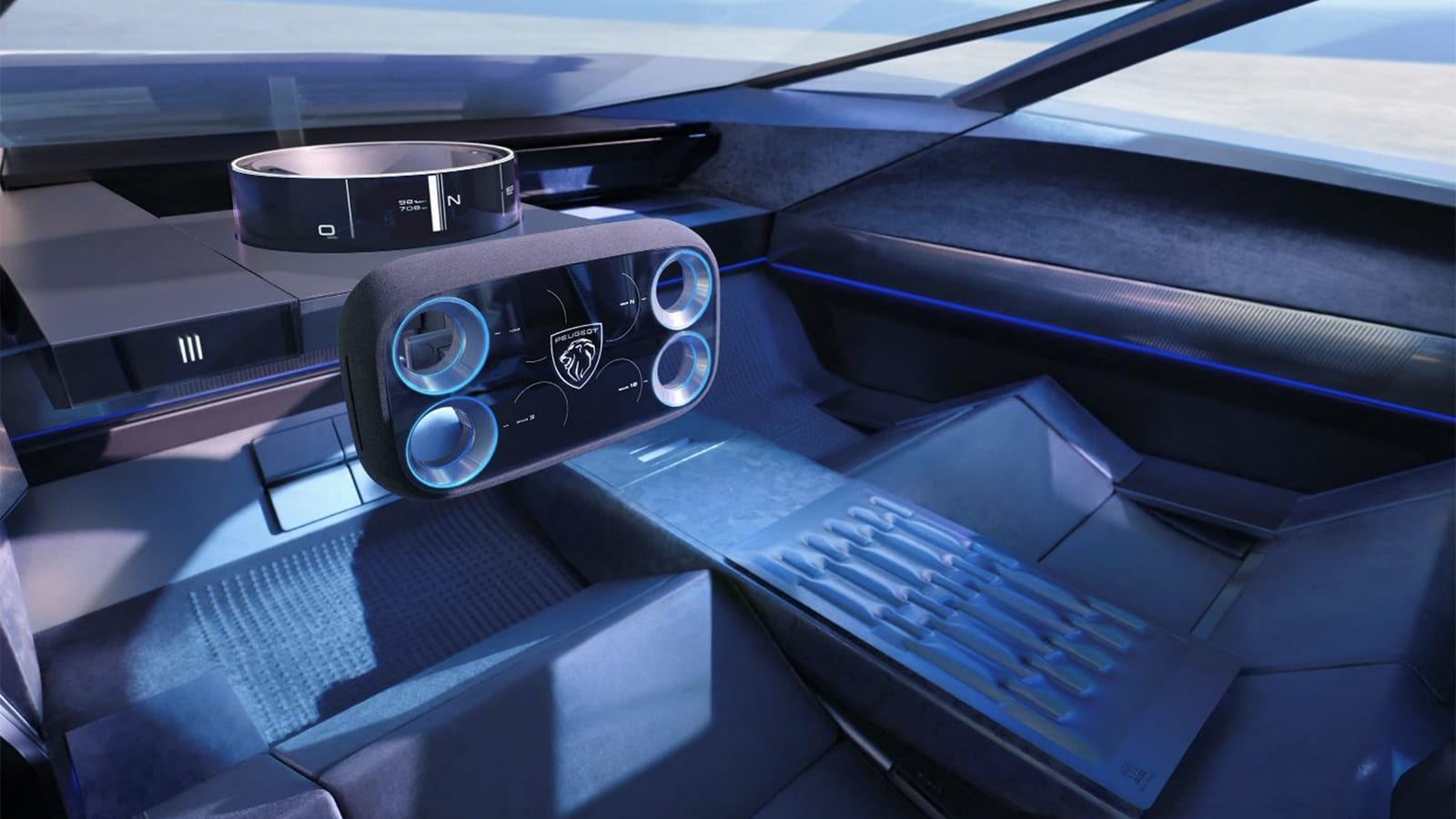 Ahead of the wheel – ahem, Hypersquare – is a vertical cylindrical screen that displays instruments and other information. It can display it on both sides of the screen, which can be useful when the car is running in SAE Level 4 autonomous mode.

Powering the Inception are electric motors at the front and rear making 671 horsepower. Peugeot says it could hit 62 mph in under 3 seconds. A 100-kWh battery provides electricity, and the company claims a range of 497 miles on the WLTP cycle. An 800-volt battery pack allows for very fast DC charging. 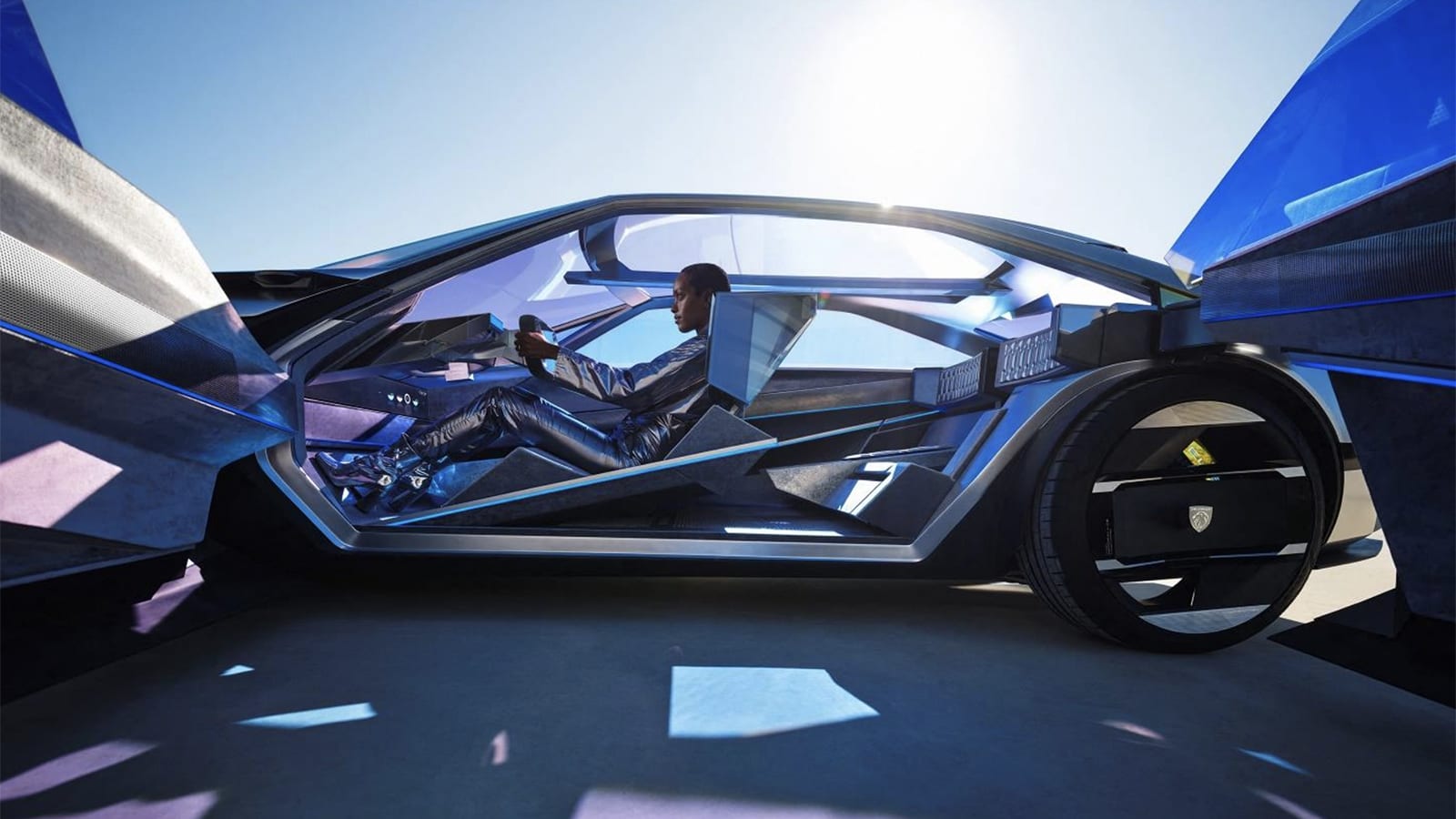 The Inception itself isn’t necessarily going into production, but the styling shown will appear on Peugeot’s next generation of electric cars. These new cars will start to appear starting in 2025. But not in the U.S., and that makes us sad.